Working in the Gig Economy Is Both Desirable and Detestable 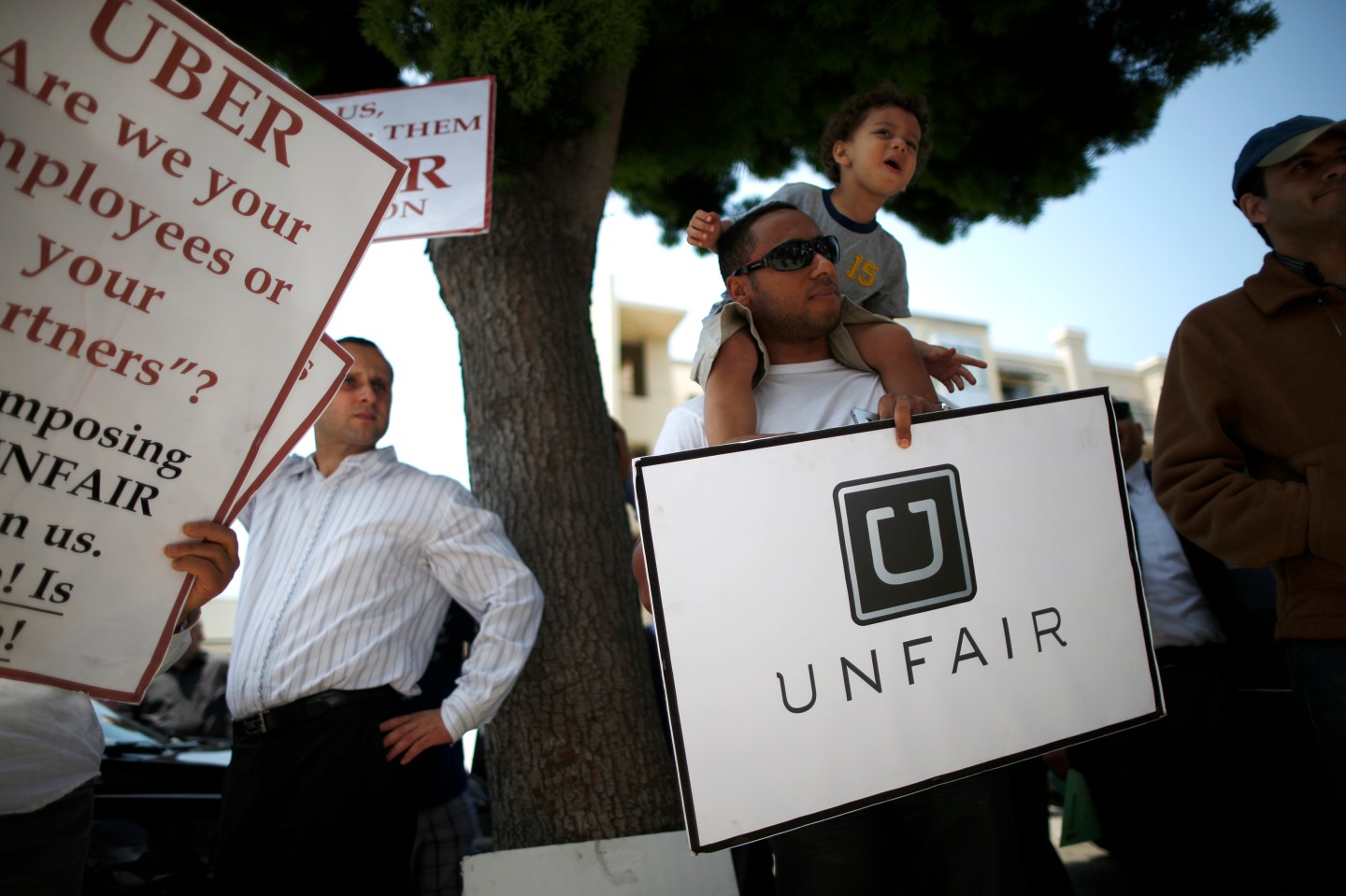 As Uber reached a proposed settlement last week of up to $100 million in a pair of class-action cases, CEO Travis Kalanick highlighted the part of the deal that classified drivers of the app-enabled ride hailing service as independent contractors, not employees.

“Drivers value their independence—the freedom to push a button rather than punch a clock,” he asserted.

And then there’s David Weil, the head of the U.S. Labor Department’s Wage and Hour Division, who has warned of an increasingly “fissured workplace” in which many a business is likely to “completely wash its hands of labor standards and say, ‘Not my employees, not my problem.’”

So which is it? Do workers in these nonstandard settings relish their autonomy and flexibility? Or are they stuck in terrible jobs that they’re surely dying to get out of?

The answer isn’t straightforward. It all depends on which workers you ask.

Independent contractors do, in fact, overwhelmingly prefer the setup that they have, according to new research by Harvard’s Lawrence Katz and Princeton’s Alan Krueger. By contrast, the vast majority of people employed by temp agencies would rather have a different work situation.

Katz and Krueger have been studying temps, contract company employees, freelancers, and others in so-called alternative work arrangements. In late March, the two economists made a splash when they reported that those engaged in these forms of work now constitute about 16% of the American labor force, up from 10% a decade earlier and 9% 20 years ago. (Interestingly, given all the headlines they grab, online “gig economy” jobs at Uber, TaskRabbit, and the like register barely a blip — just 0.5% of the workforce.)

Katz and Krueger based their results on a 2015 survey of nearly 4,000 workers, administered for them by RAND, that mirrored earlier analyses conducted by the federal Bureau of Labor Statistics in 1995 and 2005.

Most remarkably, they discovered that all of the net employment growth in the United States between 2005 and the end of last year could be attributed to alternative work.

The latest iteration of their paper, which will be presented on Saturday at a meeting of labor experts, peeks into the mindset of those with nonstandard jobs. It shows that 84% of independent contractors prefer to work for themselves. That’s right in line with the 83% who indicated the same thing in 2005 and 1995.

But temp-agency workers express just the opposite: Seventy-seven percent would prefer a job that is permanent. That’s down slightly from 84% in 2005 and 83% in 1995.

The idea that alternative employment can be both desirable and detestable has been around since scholars first began to focus on what was then termed “peripheral work.” To the degree that this sort of job represents “enlargement of the area of choice of work experience, it is a positive,” labor economist Dean Morse wrote in 1969. “On the other hand, to the extent that the peripheral worker is treated as if he were a second-class worker,” it “cannot but lead to waste, frustration, and angry despair.”

Katz notes that, today, the more than eight out of 10 independent contractors who say they favor their status do so despite “anecdotal evidence” that many such workers “worry about the volatility of their incomes” and a lack of benefits. In the end, he says, the “flexibility of working for themselves” really does appear to trump other considerations.

Meanwhile, for the 16 million Americans who work at some point during the year as temps or contract employees, it’s not that they all have it bad. “There are staffing agencies that treat their employees wonderfully,” says David Dourgarian, the CEO of TempWorks, which provides software and services to the industry. For some people, a temp job is a great way to juggle school or parenting, or to suss out whether a particular career is right for them.

But it’s also without question that many temps encounter various kinds of exploitation. And “employment and labor law are way behind” in terms of affording them adequate protection, says Kathleen Christensen, a program director at the Alfred P. Sloan Foundation who has long studied changes in how people work.

Temps tend to make less per hour than do permanent employees for the same work. They typically collect no sick pay or vacation pay and have no insurance or retirement plan. And all too many fail to receive proper safety training before being told to take on hazardous tasks.

A big concern is that this ugly side of work is not limited to temps, but has quickly spread to those who are employed through all manner of intermediaries, many of whom fall outside the scope of Katz and Krueger’s survey: subcontractors, labor brokers, franchisees, and third-party managers. (Uber’s critics maintain that its drivers are also being taken advantage of.)

For a large portion of companies using these structures, workers are simply “seen as a drain on the bottom line,” says Erin Hatton, a sociologist at the State University of New York at Buffalo and the author of The Temp Economy. “This is a paradigm shift—a broader cultural shift.”

Indeed, Weil says that since arriving at the Labor Department two years ago from Boston University, he has been struck by “the pervasiveness” of jobs that don’t adhere to a straight-ahead employer-employee model. “They’re constantly cropping up in unexpected places,” he says, pointing to everything from shipbuilding and car dealers to law and medicine. “The workplace is so different now.”

For some, that is undoubtedly a blessing. But for many others, it is a travesty, leaving them wishing that the traditional world of work wasn’t fading so fast.

Rick Wartzman is senior advisor to the Drucker Institute at Claremont Graduate University. The author or editor of five books, he is currently writing a narrative history of how the social contract between employer and employee in America has changed since the end of World War II.