How to Defend Against Russia and China: Missiles, Missiles, and More Missiles 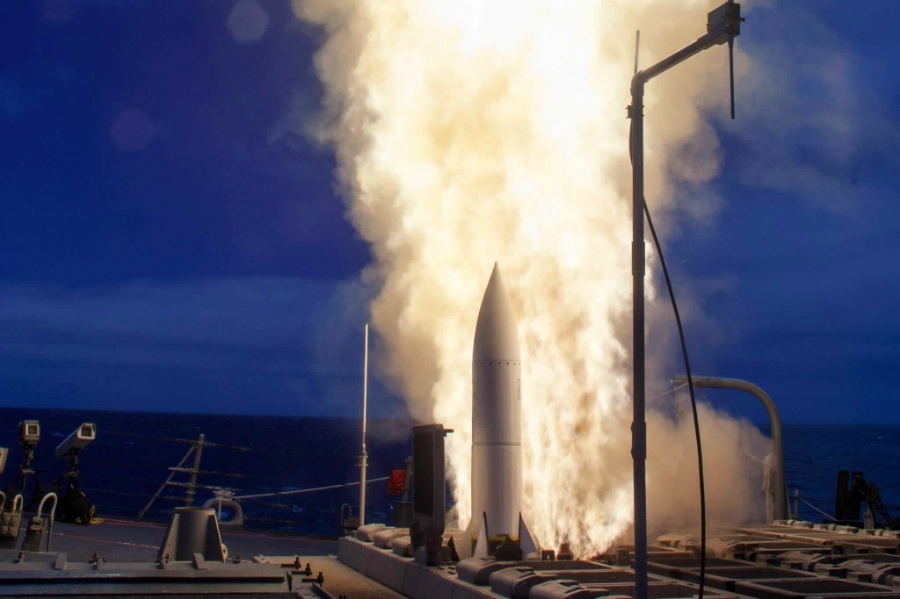 As the House Armed Services Committee (HASC) works its way through a marathon markup of the 2017 defense budget today, a certain theme is emerging. If the House gets its way, the Pentagon will receive millions of extra dollars to develop and deploy a range of new long-range missile (and anti-missile) technologies on land and at sea, aiming to counter what HASC clearly sees as a growing threat to U.S. military superiority.

Included in the HASC chairman’s markup of the defense budget: funding to explore new offensive missiles for the Navy’s amphibious ships (which currently have none), land-based anti-ship missiles and longer-reaching land-attack batteries for the Army, and futuristic electromagnetic railguns that can knock incoming missiles out of the sky.

The missile threat, for its part, is real. When security experts talk about U.S. military power, they often talk about fighter jet superiority, aircraft carriers that project power across the globe, and a range of air and space-based reconnaissance capabilities that make U.S. forces smarter and better-informed than their adversaries. When they talk about potential future adversaries that could limit the ability of U.S. forces to operate freely abroad—a concept known in military circles as Anti-Access/Area Denial, or A2/AD—they talk about missiles.

Where China is concerned, it’s a range of ballistic missiles, perhaps most notably the DF-21D anti-ship ballistic missiles known unambiguously as the “carrier killer.” Security experts and officials routinely wring their hands over the advanced state of Russian missile technology as well as its proliferation. (Authorities believe a Russian surface-to-air missile shot down Malaysia Airlines Flight 17 over Ukraine in 2014, and Russia’s recent sale of its advanced S-300 surface-to-air missile systems to Iran has rankled Western security officials as well.)

Iran’s own homegrown ballistic missile program further worries the Islamic Republic’s Middle Eastern neighbors—as well as the Pentagon—as its long-range missiles could be used to strike at Israel or other U.S. allies in the region. North Korea has captured several news cycles in recent weeks by testing various missiles, the means by which it could turn its small nuclear arsenal into a massive global threat.

It’s little wonder then that HASC is taking the missile threat so seriously in its defense budget markup. Congress would like to see the Pentagon close the gap between countries with lots of long-range offensive missiles and the U.S. military, which has lately focused more on defensive missiles than offensive ones.

The first way HASC wants to turn that around is by ordering the Navy to look into installing missile tubes on the Navy’s amphibious ships—transports that currently have no missile power and are used to ferry Marines. The Navy’s Vertical Launch System missile tube can accommodate a range of both offensive and defensive missiles, so adding them to its fleet of assault ships could create two dozen new missile-launching platforms over the next several years.

The committee also wants to add $5 million to the Army’s budget for “examination of Army land-attack and anti-ship capability.” The Army already has land-based missiles designed to attack land-targets, but its missiles are out-ranged by some adversary systems. The longest-range Army projectile can travel just under 200 miles. Part of that $5 million would go toward exploring a new missile that will top 300 miles in range.

The rest would go toward taking a page out of China’s playbook. China (as well as Iran) relies heavily on its arsenal of land-based, anti-ship cruise missiles designed to ensure that it can threaten potentially hostile (read: American) warships operating near its shores. The U.S. Army doesn’t even have a land-based, anti-ship missile in its arsenal. The HASC version of the defense budget would throw some money at developing a similar land-based weapon to help defend U.S. allies in the Pacific and elsewhere from potentially hostile (read: Chinese) naval vessels.

For more about missiles, watch:

The HASC markup also adds $10 million to the $15.4 million already earmarked for research and development of an electromagnetic railgun for the Navy. Railguns use electromagnets (rather than controlled explosions) to accelerate massive metal projectiles to extremely high speeds. The high speed and low cost of these projectiles make them attractive as both offensive artillery pieces and means of shooting incoming missiles out of the sky. Both BAE Systems (BAESY) and General Dynamics (GD) have demonstrated railgun technology for the Navy and Army, respectively.