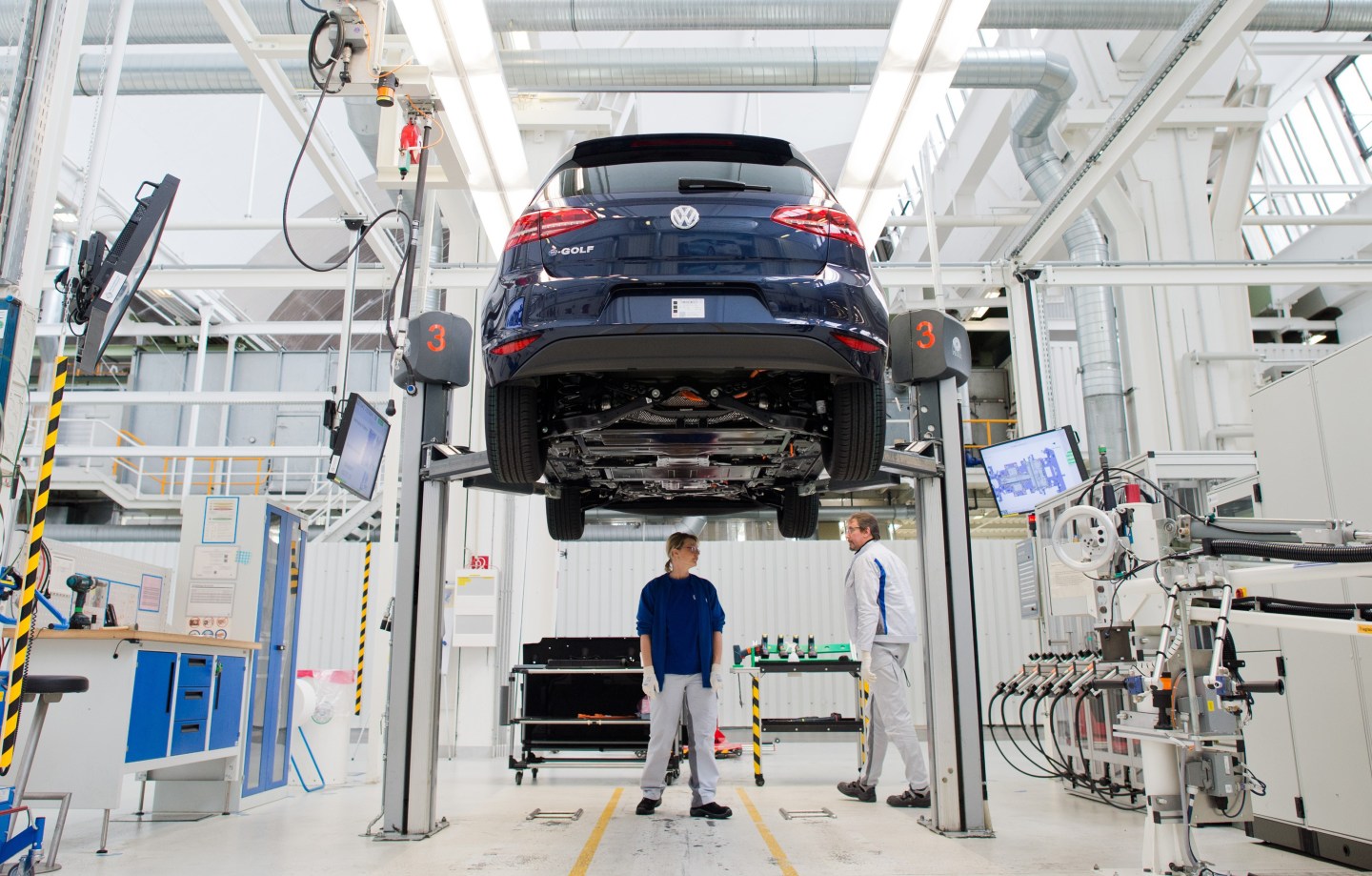 In 2009, Germany gave itself a goal: To have one million electric vehicles on its streets by 2020.

But at present count that objective is still a pipe dream; the nation’s current electric vehicle fleet is only 50,000 strong.

So the nation and its auto industry on Wednesday released a plan to jump start electric car sales. Finance Minister Wolfgang Schaeuble introduced an incentive of 4,000 euros or $4,518 for electric car buyers, and 3,000 euros for those purchasing a plug-in hybrid vehicle, Reuters reported on Wednesday. He said also said that government was considering additional steps such as tax incentives to make electric cars even more attractive.

The plan will cost about €1 billion ($1.13 billion), and that sum will be shared equally between the government and private companies, which lobbied heavily for the subsidy. The incentives will be distributed on a first-come, first-served basis and will start in May. The plan does not cover purchases of luxury cars that cost €60,000 or more.

The German government will also invest €300 million in charging station infrastructure to foster longer range for the expected influx of electric vehicles to its roads.

Taxpayer incentives in Norway helped spark purchases of electric vehicles that now make up 17% of the nation’s new car sales—up from barely anything a few years prior, according to Bloomberg. But the package offered to electric car buyers there was much richer than the one being dangled in front of Germans. It exempted electric cars from Norway’s value added and purchase taxes, which can add 50% to the cost of a vehicle, and it gave e-car drivers free parking, free charging, and free use of bus lanes. The incentives there were so good and became so popular that the government actually rolled them back last year.

Germany’s less generous incentive will likely not prompt such a large boost in electric car sales, but it could certainly help. The question now is whether Germany’s auto industry—which is behind on the electric trend and has been upended by Volkswagen’s emissions scandal—can build an e-vehicle that the nation’s drivers actually want to buy, or whether the incentive will end up lining the pockets of foreign companies like Tesla and the Renault-Nissan Alliance.