Your Career Is Killing Your Good Night’s Sleep 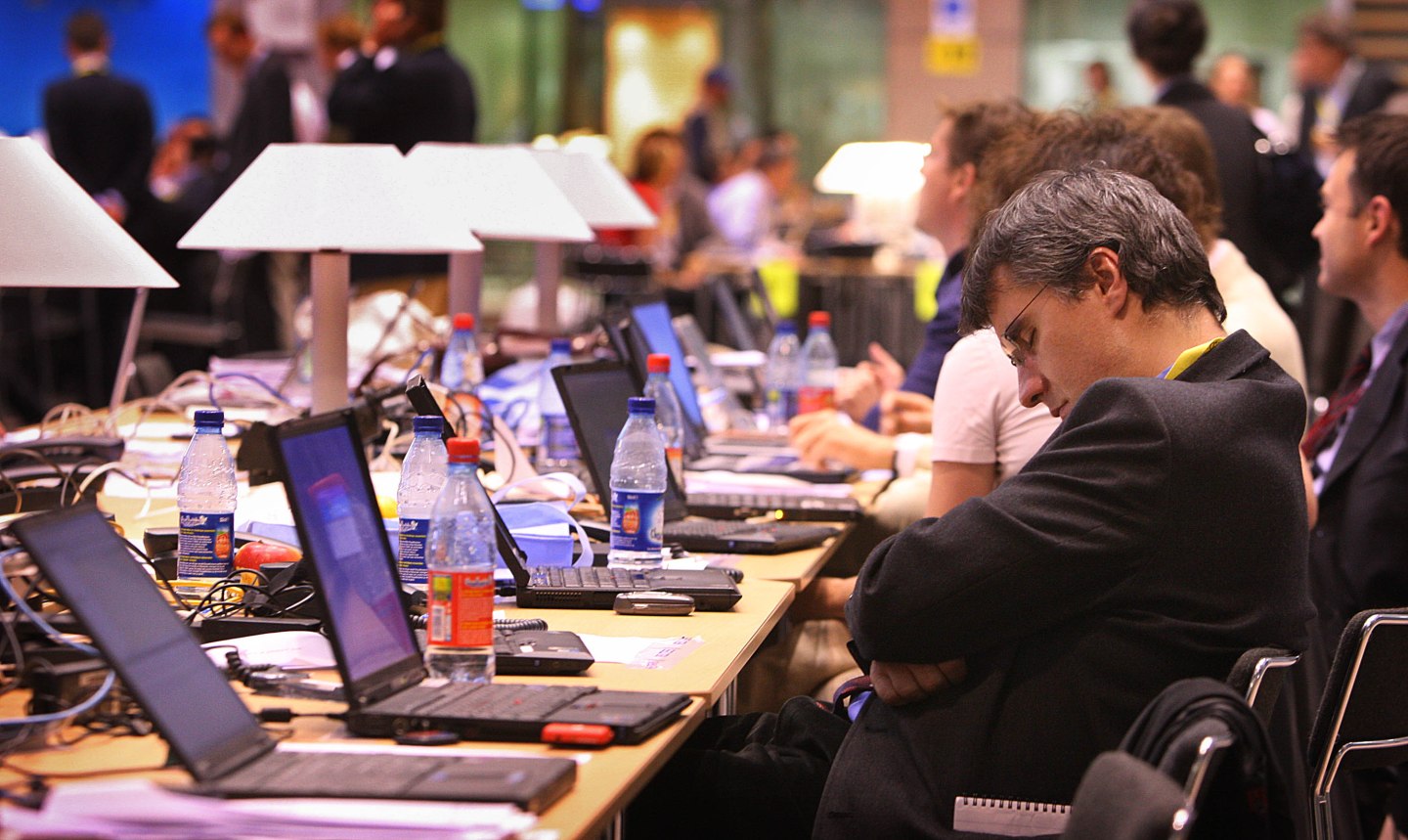 BRUSSELS, BELGIUM - JUNE 23: A journalist sleeps at his desk as the negociations continue into the night at the European Council on June 23, 2007 in Brussels, Belgium. Britain's Prime Minister Tony Blair is attending his last European Union Summit before stepping down next week. EU leaders will hold a series of bilateral talks today to try and reach agreement on proposals to replace a constitution plan rejected in 2005. (Photo by Peter Macdiarmid/Getty Images)
Photograph by Peter Macdiarmid—Getty Images

It’s clear that lack of sleep hurts an employee’s performance at work. The flip side is that work anxieties feed into sleep deprivation. Chicken, meet egg.

In case you don’t believe what seems obvious to most humans, there is now some data to back this up.

According to recently released research out of Norway, people who stress about workloads, lack of time to get to their jobs, and/or who have conflicts with colleagues or bosses, may have trouble sleeping. Norway’s National Institute of Occupational Health surveyed 5,070 people across 62 companies for two years, to find out what most of us probably already knew. Still, validation is nice.

If you prefer tech-speak, here’s a recap from the Science Daily excerpt published last week:

Results show that quantitative job demands, decision control, role conflict and support from a superior in the workplace were the most consistent predictors of troubled sleep, which was characterized by difficulty initiating sleep or disturbed sleep.

The good news here could be that the researchers characterize all these work factors as “modifiable,” which means that changes in how the workplace operates could lead to better, deeper sleep for employees.

There are other facts and figures as well. A Careerbuilders-sponsored survey showed the bulk of 3,200 people responding said that work issues affect their sleep. Well over half (60%) said they dream about work and 13% said that such dreams happen often.

One in Three Americans Is Not Getting Enough Sleep

These self-reported dreams (nightmares?) take different forms. A tenth of those surveyed say they’ve dreamt about telling off their boss; the same percentage dreamed of fighting with a co-worker. Interestingly, 14% said they dreamed about “hooking up” with a colleague and 9% dreamed about going to the office in their PJs or without some or all of their clothing.