Here’s What to Expect from Tuesday’s ‘Acela Primary’ 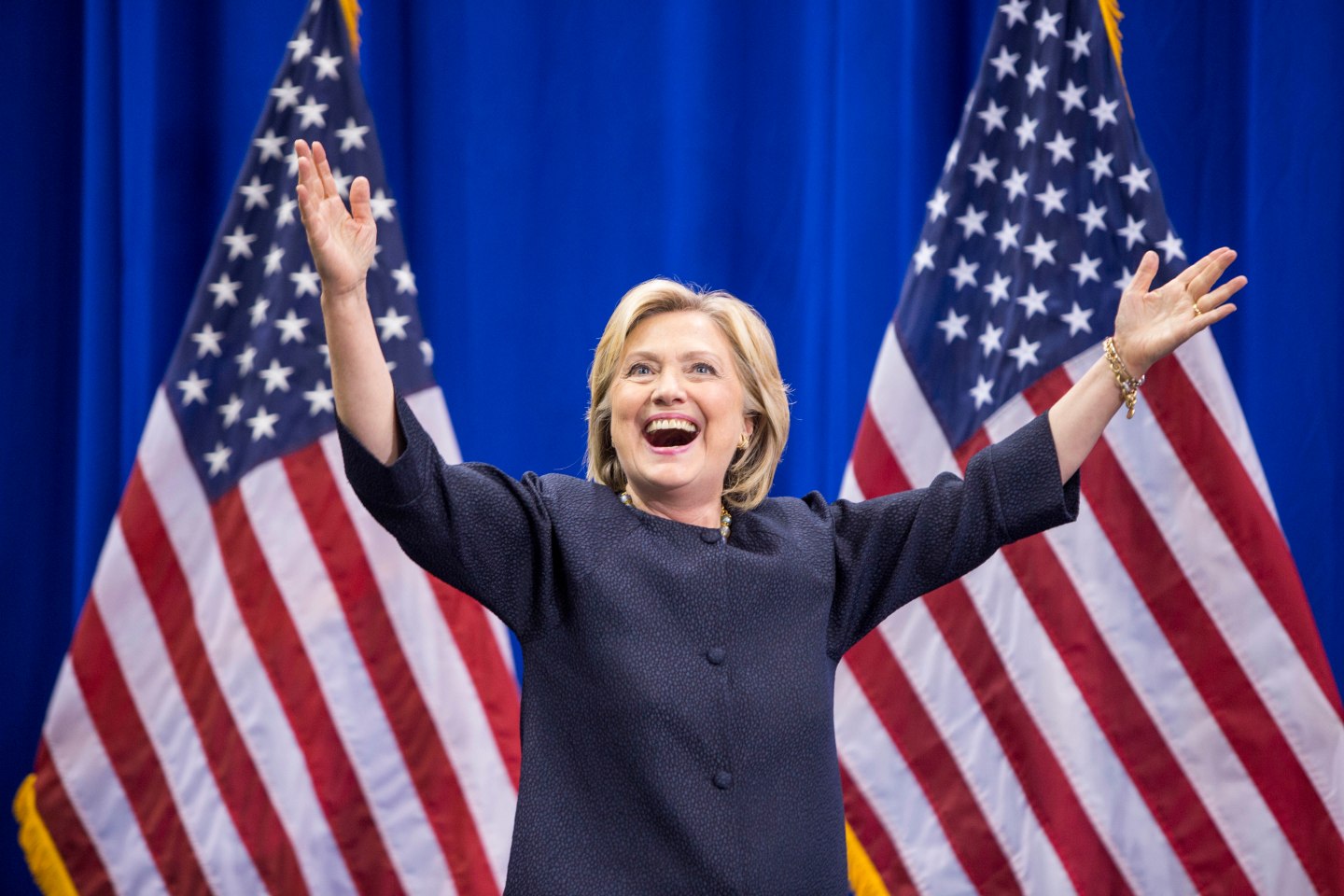 Voters in five states head to the polls Tuesday in primary contests that could signal the end of one party’s presidential nominating process, and the beginning of the end for the other side.

For Democrats, Tuesday’s contests could represent the culmination of the months-long slog former Secretary of State Hillary Clinton has undergone. With a significant, almost insurmountable lead among both pledged delegates and those with automatic slots at the convention, Clinton is close to shutting the last door on her chief rival, Sen. Bernie Sanders (I-Vt.).

Four years ago, the five states that held GOP primaries on April 24 effectively secured the nomination for Mitt Romney. This year, the five contests won’t lock down the nomination for real estate mogul Donald Trump, but he’s likely to build his delegate lead, probably by a significant margin, even as his two remaining foes plot to block his path to the nomination.

In each of the three polls taken of Nutmeg State voters over the last month, Trump has posted massive leads of 20 points or more.

Connecticut delivered a big win for then-Sen. Barack Obama back in 2008, when it was one of 23 states and territories holding contests on Super Tuesday. It was one of only three Northeastern states — along with Maine and Vermont — that chose Obama over Clinton.

This year, things are looking better for Clinton. Only Democrats will be allowed to vote in the primary; Clinton has won every closed primary state so far, and all but four states that have held primaries of any kind. The three surveys released this month show she’s leading Sanders, but only by single digits.

There haven’t been any reliable polls out of Delaware, but history is a good proxy. Obama beat Clinton by 11 points in Delaware, another state that voted on Super Tuesday eight years ago. But again, Clinton is likely to do better this time around, on the strength of her support among more traditionally Democratic constituencies.

The Republican who wins Delaware will carry all 16 of the state’s delegates. Romney took 56 percent of the vote there in 2012; Newt Gingrich finished a distant second, at 27 percent. But state Republicans have voted for a Trump-like outsider before, in the form of Christine O’Donnell, who upset Rep. Mike Castle (D) in the 2010 Senate primary.

No word on whether Trump is or is not a witch.

Maryland’s Democratic electorate is likely to be the most diverse group that turns out on Tuesday. Thirty-seven percent of those who voted in the 2008 contest, when Obama handily beat Clinton, were black. And public polling shows Clinton is poised to score what may be her biggest win since March 8, when she won 82 percent of the vote in Mississippi.

All signs point to a big turnout: An open U.S. Senate seat, two open House seats and a contested primary for mayor in heavily African American Baltimore have spurred a massive spike in early voting.

On the Republican side, Ohio Gov. John Kasich (R) has made a play for Maryland’s votes. Anyone watching Sunday’s Nationals game saw a few Kasich ads among the spots paid for by Rep. Chris Van Hollen (D), running for that open Senate seat, and businessman David Trone (D), who has spent a jaw-dropping sum trying to win Van Hollen’s House seat.

If those ads are moving numbers, there hasn’t been any public evidence yet.

Maryland’s 14 at-large delegates go to the statewide winner. So do the 24 delegates awarded in each of the state’s 8 congressional districts. But even if Trump rides away with all the delegates, the three campaigns will have to pay close attention to just who those delegates are: District-level delegates are on the ballot tomorrow, and statewide delegates will be elected at the May 14 state GOP convention.

Those delegates will be bound to vote for the winning candidate through two rounds of balloting. If the national convention goes to a third ballot, they are free to side with someone else.

Eight years ago, as Obama appeared on the brink of locking up the Democratic nomination, Clinton pulled off a win in Pennsylvania. Obama had expected to lose Pennsylvania; the primary electorate is whiter than in other states, and those voters, as Obama famously said, “cling to guns or religion or antipathy to people who aren’t like them.” (He made those remarks about three weeks before the Pennsylvania primary).

Clinton leads recent polling, but not by as wide a margin as in some other states, unless what appears to be an outlier from Franklin & Marshall turns out to be accurate.

Pennsylvania’s 17 Republican at-large delegates will be pledged to the statewide winner. But a quirk in Republican rules means the 54 delegates elected by district aren’t actually pledged to any particular candidate; instead, they are directly elected within their districts.

Those 54 unbound delegates could become key to Trump’s chances of winning on a first ballot in Cleveland, or to Cruz and Kasich’s hopes of boxing him out. They represent the single largest bloc of uncommitted voters who get to weigh in at the convention.

Polls show Trump leading big, but the rules are not on his side.

Kasich is actually a Pennsylvania native. He visits his hometown of McKees Rocks, just northeast of Pittsburgh, today.

Political scientists at Brown University offered a strange admission last week: They said they were having trouble finding enough respondents willing to participate in a poll. When they finally got enough responses, they found Clinton with a narrow 43 percent to 34 percent lead, and Trump leading the Republican field by a wider 38 percent to 25 percent for Kasich, with Cruz at 14.

Clinton won the 2008 primary in Rhode Island, which came the same day as her wins in Ohio and Texas. Brown University seriously undercounted her strength that year: A pre-primary poll found her leading by 5 points. Two days later, she won by 18.

Romney won 63 percent of Rhode Island voters in 2012, adding to his five-state sweep that day.

The delegates themselves are directly elected, on the same ballot as the presidential candidates themselves. They will be bound on the first ballot, but they’re free to pick their own candidate after that.