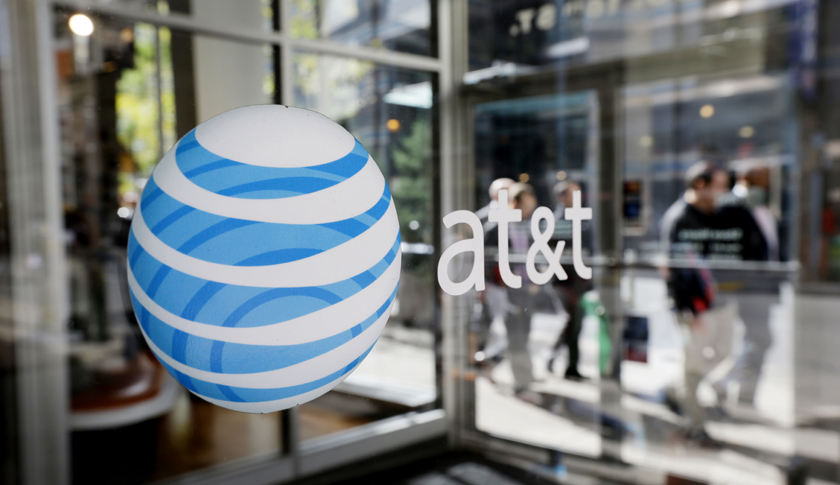 In this Wednesday, Oct. 17, 2012, photo, an AT&T logo is displayed on an AT&T Wireless retail store front, in Philadelphia. The flow of customers into AT&T's wireless stores slowed further in the latest quarter, putting the company far behind rival Verizon Wireless. AT&T Inc. on Wednesday, Oct. 24, 2012, said it added a net 151,000 new customers on contract-based plans from July through September, the lowest number for that period since at least 2003. (AP Photo/Matt Rourke)
Photograph by Matt Rourke — AP

The company added 328,000 DirecTV subscribers, higher than the average analyst estimate of 222,000, according to FactSet.

AT&T, however, lost 382,000 customers at its Internet and TV service U-verse.

The company also lost 4,000 net wireless postpaid customers in the first quarter ended March 31, compared with a gain of 144,000 a year earlier.

AT&T is banking on its acquisition of DirecTV to help beef up its bundles of cellular, broadband, TV and fixed-line phone services.

On a per share basis, net income fell to 61 cents from 63 cents.

Excluding items, the company earned 72 cents per share, beating the average analyst estimate of 69 cents, according to Thomson Reuters.

AT&T’s shares were down 1.2% in after-hours trading on Tuesday.