Mitsubishi Motors May Skip Earnings Forecast Due to Data Scandal 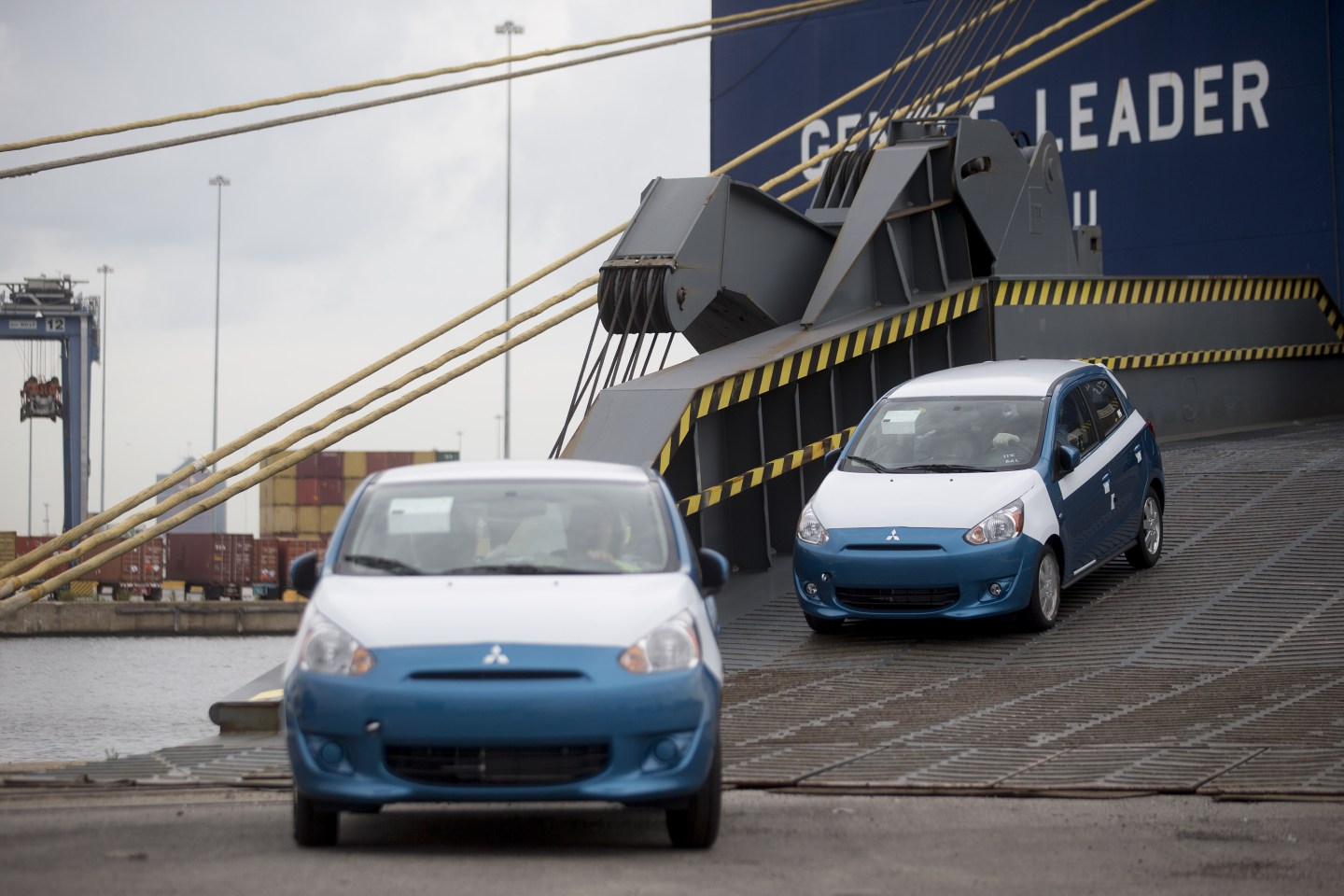 Mitsubishi Motors is unlikely to issue an earnings forecast for the current financial year when it announces annual results this week, due to uncertainty about the financial impact of its misleading fuel economy data, a person close to the company told Reuters on Sunday.

The Japanese automaker is under investigation by the transport ministry after saying last week that it overstated the fuel economy of four of its minivehicle models made for the local market, including ones produced for Nissan.

Mitsubishi is scheduled to announce its financial results for the year ended March on Wednesday. The automaker customarily issues forecasts along with the previous year’s earnings.

A spokesman declined to comment on whether Mitsubishi will issue a forecast for the year ending March 2017. The person close to the company declined to be identified due to the sensitivity of the matter.

For more on the Mitsubishi scandal, watch:

On Wednesday, Mitsubishi said the misleading data affected 625,000 vehicles. It has since stopped sales and production of affected models and seen its share price plummet, wiping out around 40% of its market value, or $3.2 billion, in three days.

Separately on Sunday, the Yomiuri newspaper reported that Mitsubishi did not conduct vehicle test runs in some cases to measure factors such as air resistance that are necessary to calculate fuel efficiency, when it made minor changes to the minivehicles that were affected by misleading fuel efficiency data.

Instead, the automaker estimated air resistance via calculations, rather than submitting new data from tests as required by the transport ministry even when making minor changes, the newspaper reported, quoting unidentified sources.

The Mitsubishi Mileage Scandal Is Even Worse Than People Thought

The Mitsubishi spokesman also declined to comment on the media reports due to a pending investigation by the transport ministry, along with an in-house probe.

The transport ministry ended a three-day raid of Mitsubishi’s research and development center in central Japan on Friday. It has requested the company supply the ministry with any details related to fuel efficiency data by April 27.

Local media late last week reported that the automaker had submitted misleading data on at least one more model than those disclosed, and that there were likely several others. U.S. auto safety authorities have also said they are seeking information from Mitsubishi.