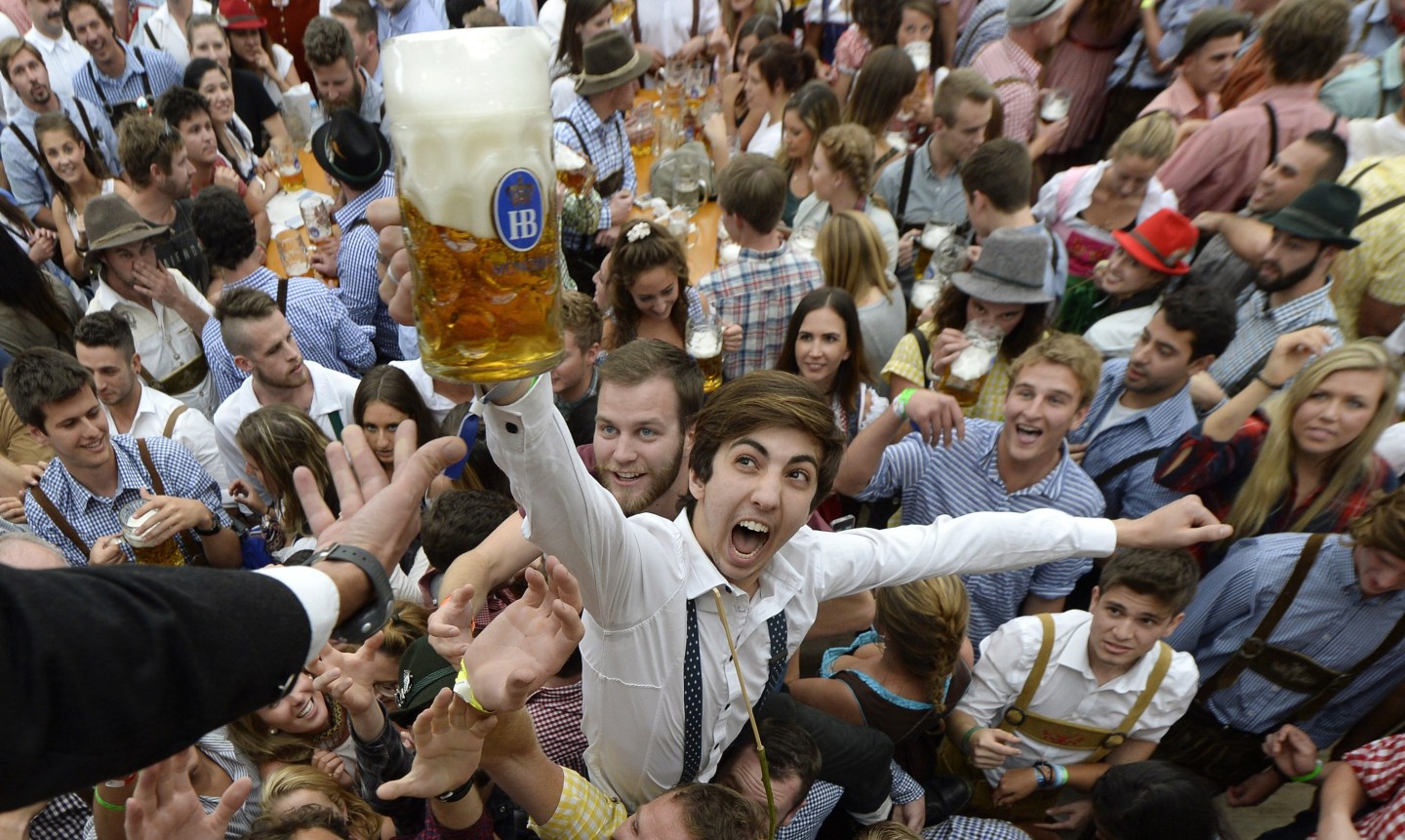 Humans have brewed beer since the birth of civilization. But one group – the Germans – managed to change the trajectory of the world’s brewing landscape forever by enacting Reinheitsgebot, a law that is celebrating its 500th anniversary this Saturday.

Why is this law so important? It set strict “purity” standards that resulted in a rigid consistency that many German brewers still follow – and also use as a marketing tool to say to the world that their beers are the best.

But American craft brewers contend the law’s legacy is to blame for why Germans have lagged behind on innovation in recent decades. And now the U.S., once the butt of some off-colored jokes in the beer world, have a beer culture that the rest of the world envies. “In one sense, it drives innovation and creativity because you must do things without the shortcuts,” says Jim Koch, founder of Samuel Adams maker Boston Beer (SAM). “On the other hand, if you don’t allow yourself as a brewer to color outside those lines, you are missing out on one of the unique things of the brewer’s art.”

The Reinheitsgebot, also called the “German beer purity law,” was first ratified on April 23, 1516, and it is regarded by many as the world’s first consumer protection law. Imposed by Duke Wilhelm IV of Bavaria, it required beer could only contain four ingredients: water, hops, malted barely and yeast. The original law was only 130 words long.

Experts speculate that the law was enacted for two reasons. It prevented the use of wheat for beer, saving that grain to be used for food; and, second, it prevented breweries from adding ingredients like sugar to their ales. Extra ingredients were used at the time to make beer production cheaper, but also resulted in less desirable drinks.

Centuries later, Reinheitsgebot would be seen as protectionist, a way to prevent outside competition. European courts struck down the law in 1987, saying it was a tool used by West Germany to ban foreign brews.

Still, while brewers today are no longer required to adhere to the strict standards set by the Reinheitsgebot, most Germans still do and do so proudly. “All of our beers adhere to the Reinheitsgebot,” says Udo Schiedermair, brewmaster at Germany’s largest brewing group Radeberger Gruppe. “We are able to prove to the whole world that these four ingredients are plenty enough.”

Talk to enough American craft brewers, and you’ll be sure to hear a salty joke that was once told about the quality of American-produced beers. “What do American beer and having sex in a canoe have in common?”

It’s up to you to Google the vulgar punchline, but let’s put it this way: it isn’t a compliment. The joke was essentially directed at the largest American beer producers at the time, including Anheuser-Busch (AHBIF), Coors Brewing and Miller Brewing. All were known for light lagers like Bud Light, Miller Lite and Coors Light. None of those beers meet the standards of the Reinheitsgebot, as they contain rice or corn.

While many craft brewers admit those light beers are actually difficult to make, they also contend the flavors are unexciting and uninspiring. So they tried something new (or rather, old).

Early craft beer entrants like Sierra Nevada and Samuel Adams entered the scene in the 1980s and to differentiate themselves from their larger domestic rivals, they made beers that followed the Reinheitsgebot. “We talked a lot about how our beer adhered to the Reinheitsgebot and could be sold in Germany,” says Stephen Hindy, founder of Brooklyn Brewery, founded in 1987. “And we did sell our beer there in the early 1990s and we still do today.”

A form of censorship?

Sam Calagione, founder of Delaware brewery Dogfish Head, says that while the law was admirable for preventing brewers from adding dangerous substances to their ales, brewers shouldn’t be restricted by man-made rules. “It neutered and diminished creativity,” he added. Calagione has given a talk on the subject, entitled “The Reinheitsgebot is nothing more than a modern form of art censorship.”

Calagione’s food-inspired beers wouldn’t qualify as “beer” under the standards set by the Reinheitsgebot. When he founded his company in 1995, part of why he opted to find inspiration in the culinary world was to differentiate himself from some of the most popular craft beers at the time.

In fact, craft brewers from the industry’s “second wave” in the 1990s largely rejected the Reinheitsgebot. “I think of great German beers as being the classical music of beer,” said Greg Koch, founder of California-based Stone Brewing. “Craft beers, what we do is rock and roll. You can play classical music or rock and roll with the same instruments.” Koch is even bringing his American-style craft beers to the German market.

Why Germans defend their law

German beer volume and the amount of brewers that operate in that nation has stagnated. Stone’s Koch says the beer diversity differentiation can be gleaned when looking at the San Diego and Berlin markets.

Both have similar populations but Berlin has fewer than 15 restaurant-bar locations that have 10 or more bar taps. In San Diego, the figure exceeds 1,000. Germans, however, contend the law is not restrictive. Armin Buehler, senior marketing manager of Radeberger Gruppe USA, says the purity law anniversary helps bring attention to what makes German beers unique.

Stephen Hauser, CEO and president of German brewer Paulaner’s U.S. operations, says that the purity law is on trend today as consumers clamor for cleaner foods and beverages with fewer artificial ingredients. Hauser points to a recent consumer survey out of German that found that 85% of beer drinkers in that region felt the Reinheitsgebot should still set the standard.

German brewers concede that American beers are certainly the flavor of the moment in their domestic market, but argue that the novelty will wear thin. “We believe that consumers, as they do in many product categories, come back to the classics,” Hauser said. “Americans will say ‘What is the classic, who brews it, and where can I get it?'”