The Future of Food Is Lab-Grown 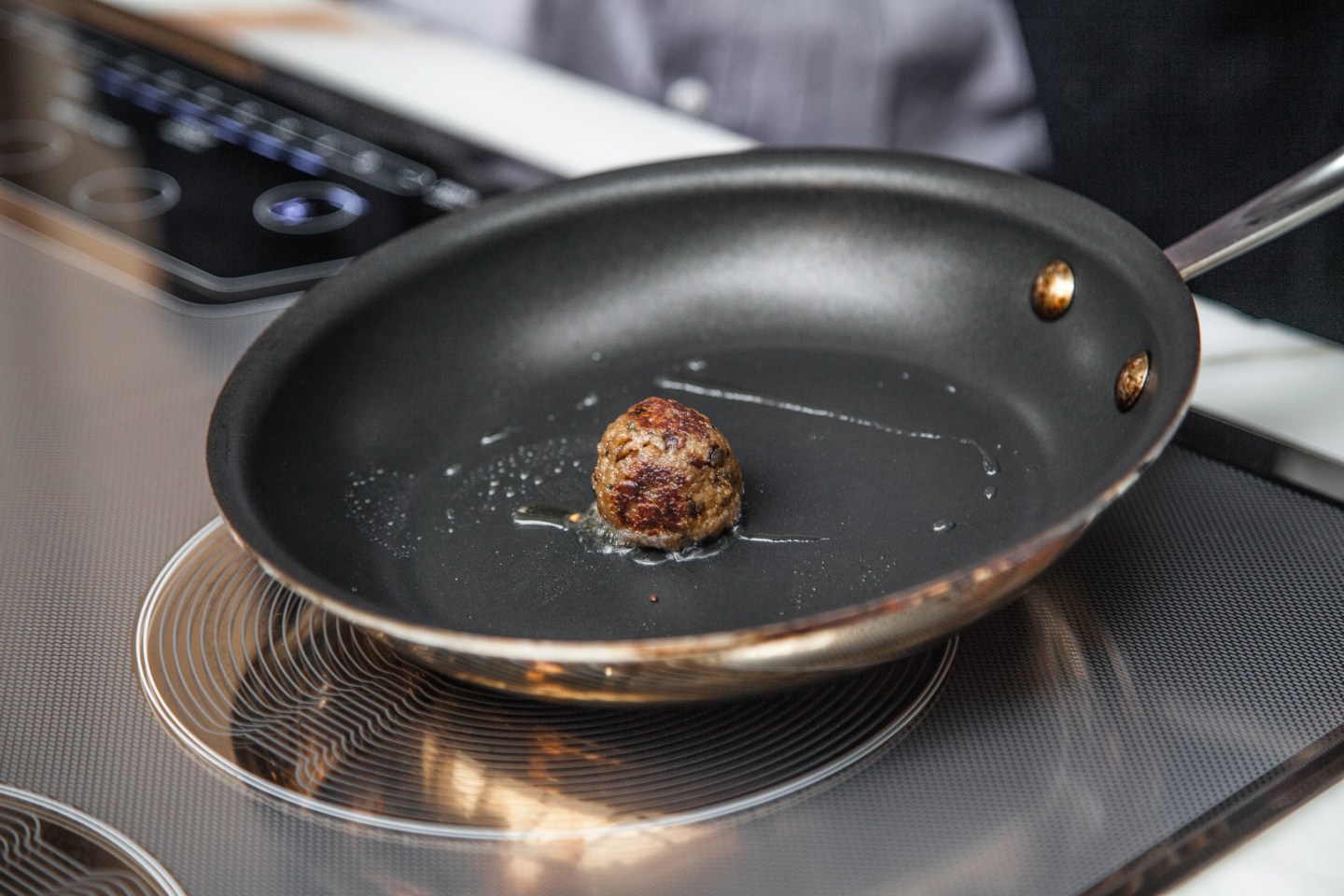 Lab-grown meals are quickly moving from science fiction to reality – an alarming or exciting proposition, depending on your tastes. Various synthetic food startups are gaining the attention of investors as well as potential diners and chefs.

Here are a few of the foods you can expect on the menu around 2025, including stem-cell meatballs and vegetables that bleed.

Which came first the chicken or the egg?

“Clara Foods aims to resolve this moral and economic deadlock by taking the chicken out of the equation,” according to a company release. Clara Foods uses modified yeast to create an egg white liquid that’s genetically identical to natural egg whites. The startup plans to get its product out to B2B clients soon.

In 2013, when professor Mark Post of Maastricht University in the Netherlands introduced the world to the so-called in-vitro burger, made of cultured meat, environmentalists rejoiced. If everyone ate lab-grown meat, we could greatly reduce greenhouse gasses, over 50% of which is created by meat production. The burger, which is biologically the same as traditional meat and made of cultivated muscle cells removed from living cows, didn’t immediately get a Shake Shack-like cult following, though. Scientists predict the meat won’t be available commercially for another 10 or more years, and the estimated price of each burger – over $300K – makes it a bit unappetizing. But last April, scientists announced the burger’s price had gone down to a more reasonable $11.

It sizzles like a burger when it hits the pan, oozes a bit of “blood,” and changes color from red to brown when cooked. This burger from Google Ventures-backed startup Impossible Foods is made from plant ingredients, but don’t call it a veggie burger. These burgers are for meat lovers, the company stresses, with the taste, texture, and nutritional benefits that come from the real thing. Look for the Impossible Burger to hit stores later this year, thanks, in part, to the company’s $183M in funding. It’s one of the most well-funded food startups in the world.

As a trained cardiologist, Memphis Meat co-founder Uma Valeti saw first-hand what meatballs, and meat in general, were doing to our collective hearts. He set out to create meat with all the protein and none of the bad-for-you fat. Valeti believes his meatballs, made of cultivated stem cells from various animals, will be available for consumer consumption in less than five years.

This super secretive company won’t release many details about how their meat is made, but that hasn’t deterred investors – Modern Meadow has raised $13.5 million. The company so far has created “steak-chips,” using bioengineering, which Wired described as “a crispy beef jerky” with “a tasty umami flavor.” The company is also working on leather.

So what will you be having?