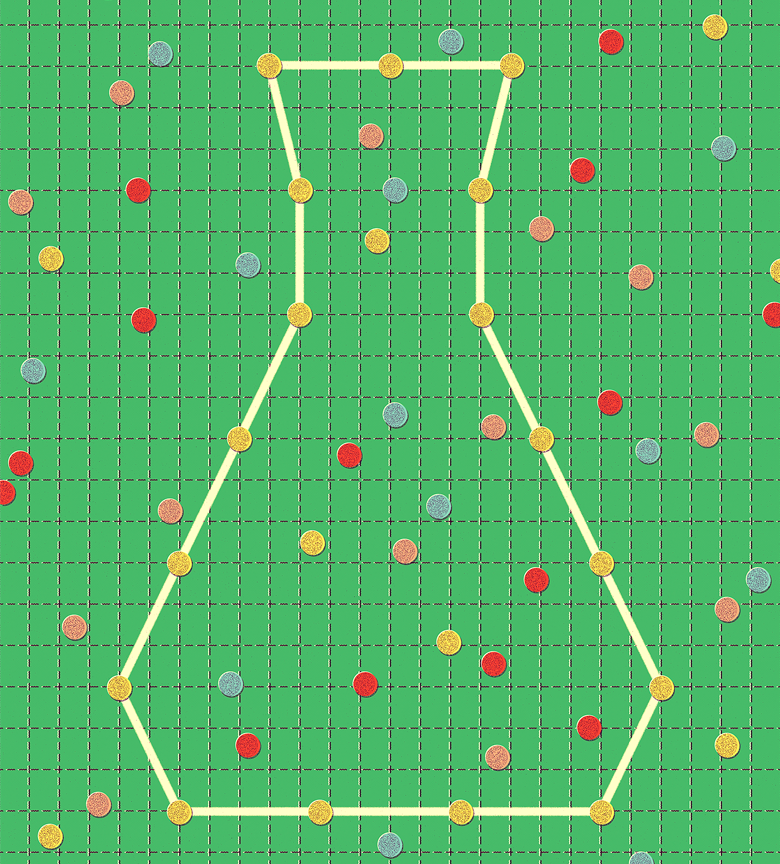 Illustration by Matt Chase for Fortune

Four people stand, eyes squinting, on the verdant, freshly mowed field of Boston’s Fenway Park. It’s a blue-sky summer day, a perfect afternoon for a baseball game. The smiles on their faces are broad, if a bit shy. They are among the lucky ones—the tiny share of people who fought and survived ­pancreatic cancer.

The scene is from a photograph pinned to a cubicle at Beth Israel Deaconess Medical Center in Boston. “What is it about these four people on the field?” asks A. James Moser, co-director of the Pancreas and Liver Institute and director of the Pancreatic Cancer Research Institute at Beth Israel Deaconess Medical Center. “Each one of them is sort of their own miracle.”

Berg, a biotech startup in nearby Framingham, Mass., is working with Moser and other researchers to find out why.

Pancreatic cancer is a devastating disease. It is now the third-most-common cause of cancer death in the U.S., surpassing breast cancer for the first time ever last year. More than 53,000 people will receive a pancreatic cancer diagnosis this year, and about 73% of those people will die within a year of that diagnosis.

Founded in 2006, Berg is using a mix of data analytics software and in-the-lab drug development to find new treatments for devastating diseases like cancer, diabetes, and central nervous system disorders. The company, named after co-founder and chairman Carl Berg, the billionaire Silicon Valley real estate developer and investor, has the audacious goal of transforming how the pharmaceutical and biotechnology industries approach drug development.

A Berg researcher retrieves frozen cells from cryogenic storage at the company’s headquarters in Framingham, Mass.Courtesy of BERG Health

Key to Berg’s strategy is its use of artificial intelligence. Much like IBM’s (IBM) Watson supercomputer, Berg’s proprietary software processes massive amounts of biological data to uncover unexpected connections between healthy and sick patients. The resulting insights allow for a more informed hypothesis, which in turn enables more efficient drug development. It’s akin to finding the proverbial needle in a haystack before you even start digging through the hay.

With this approach, Berg says, it was able to create the first complete model for how pancreatic cancer functions, a huge step toward uncovering new treatments for the disease. It was also able to pinpoint exactly what allows the cancer to grow with abandon.

“This model doesn’t exist anywhere in the world,” says Narain. “We’ve taken the genomics, looked at the metabolites and lipids, proteins, the clinical data, the drugs patients have used, the outcome they have, to really map this full narrative of patients.”

Metabolism turned out to be a prominent factor in pancreatic cancer, which gave Berg’s scientists a good idea of where to focus in order to shut down the cancerous cells. That led to the creation of the company’s targeted pancreatic cancer drug, dubbed BPM 31510.

The drug functions by reprogramming certain metabolic pathways that allow pancreatic cancer to rapidly proliferate. The cancer cells begin to function more like normal, healthy cells, which leaves them more susceptible to damage from chemotherapy.

In its Phase I trials, which began in 2013, Berg observed evidence that the drug is working for some pancreatic cancer patients, including those who had endured extensive chemotherapy—a particularly promising sign, since Phase I trials are intended to confirm that the drug isn’t toxic, rather than demonstrate its efficacy.

For more on health and technology, watch this Fortune video:

Berg is now moving the drug into Phase II trials, in which efficacy is the focus. The company expects to recruit 25 patients across partner sites—including Beth Israel, Mayo Clinic, and Medical College of Wisconsin—for a trial that will run about 18 months. There will be two indicators of success, says Ramesh Ramanathan, director of gastrointestinal medical oncology at Mayo Clinic in Phoenix and designer of Berg’s Phase II study: the shrinking of the tumor by standard criteria and the increase of patients’ life spans.

“Phase II is a critical point,” he says. “Pancreatic cancer doesn’t have a standard approved second-line therapy for when patients fail initial chemotherapy. Based on this study, we’re hoping to see that this combination is active and can improve patient survival.”

BPM 31510 is Berg’s first drug to move into a Phase II clinical trial, still an early stage for drug development. Only 39% of drugs advance from Phase II to Phase III trials. Still, it’s a promising sign for what Berg bills as one of the world’s first cancer drugs guided in development by artificial intelligence.

Back at Beth Israel, Moser lingers by the photo of the four people standing in Fenway Park. His hope is that his work with Berg will transform the patients’ odds and create a future in which survivors are numerous enough to fill the stands and not just a few square feet on the field. And maybe, just maybe, forever change what it means to receive a pancreatic cancer diagnosis.

“If we could find one thing, even for the small percentage of the population with pancreatic cancer, to give those people hope? They’ll bring the rest of the train to the station,” Moser says. “Because when you can do it once, you can do it again.”

A version of this article appears in the May 1, 2016 issue of Fortune with the headline “Connecting the Dots on Cancer.”