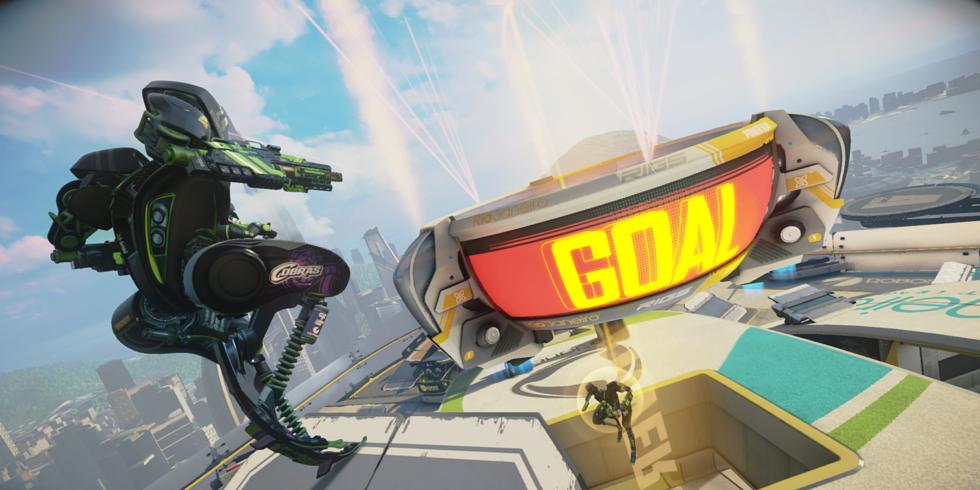 With PlayStation VR sold out at retail well ahead of its global October launch, Sony Interactive Entertainment is already thinking about virtual reality eSports.

Sony has been a bit late to the eSports fray, although the electronics giant has partnered with Activision on the Call of Duty World League and Capcom for the annual Capcom Cup gaming tournament featuring Street Fighter 5, a PlayStation 4 exclusive.

“eSports is even more nascent than VR is, but it’s an interesting area that we could all look at,” says John Koller, vice president of marketing at Sony Interactive Entertainment. “Our first steps in eSports has been through the console with Call of Duty and Street Fighter 5. And we’re going to look to how we build from there, and how VR plays a role there.”

Guerrilla Games lead designer Gareth Hughes says RIGS, a three vs. three futuristic combat game featuring players in mechanized suits (a.k.a. “Mechs”), was designed with eSports in mind. The game is set 50 years in the future and puts players in control of Mechs as they compete in the Mechanized Combat League inside arenas filled with screaming fans.

“RIGS could be an opportunity for eSports,” Koller concurs. “I think there could be a few games. It requires a few things to work. RIGS is best played with six players and it’s a real competitive type of situation. Not all games are developed that way, so we’ll just have to see what comes along.”

“We’re actually offering something a little different in the competitive shooter arena,” Hughes posits. “There’s a huge amount of teamwork, and the orchestration of a competitive team is awesome to watch, but what we want to leverage from VR is a little less about the precision of controller skills. We can use the VR as an aiming technique, and it puts a much greater emphasis on strategy, tactics, and positioning. It gives us our own kind of identity. When you marry that to the sports theme that we’ve got in the game, and the sports-infused rule sets that we’re creating, it’s a really compelling and quite unique experience.”

The studio is working on a spectator mode for virtual reality viewers to watch the action when they’re not one of the six players competing in the arena. Hughes adds the team is also developing additional game modes beyond the initial Power Slam mode as well as more virtual arenas.

Richard Marks, director of the PlayStation Magic Lab, also sees RIGS as an example of how virtual reality and eSports could collide in the near future.

“VR has a natural fit for eSports over the network,” Marks explains. “You’ll see a lot more of that happening in VR. We’ve showed a tech demo where we were having a battle between two players over a network in a very physical way. RIGS is a great example because there are six players linked together, and it’s a perfect eSports format.”

Peter Warman, CEO of Newzoo Research, says Sony is building up a nice suite of eSports activities with its Playstation Plus League platform for all its competitive games, the Call of Duty World League, and its impressive line-up of VR-ready titles both with and without an eSports component.

“RIGS and its Mechanical Warrior League was obviously built for VR eSports from the start, aimed at providing maximum entertainment for spectators,” Warman says.

Warman believes the upcoming “PlayStation 4.5,” which will support 4K video and be released before PlayStation VR, will help grow an eSports audience. He sees a bigger opportunity for in-game or real-life spectator VR than pure gaming VR.

Joost van Dreunen, CEO of Superdata Research, believes Sony’s investment in VR eSports is appropriate as exploring every possible angle on maximizing the current momentum behind the PlayStation VR is critical.

“However, its potential is currently limited because competitive gaming thrives and provides a benefit only in those circumstances where there exists a lively community around a particular game,” van Dreunen warns. “Moreover, while eSports is very popular, it is relatively small at $748 million last year compared to $3.7 billion for VR this year, making the latter a clear priority for a platform holder like Sony.”

Sony is working with GameStop to allow customers to try PlayStation VR beginning this summer. RIGS is one of the key launch titles for the company.