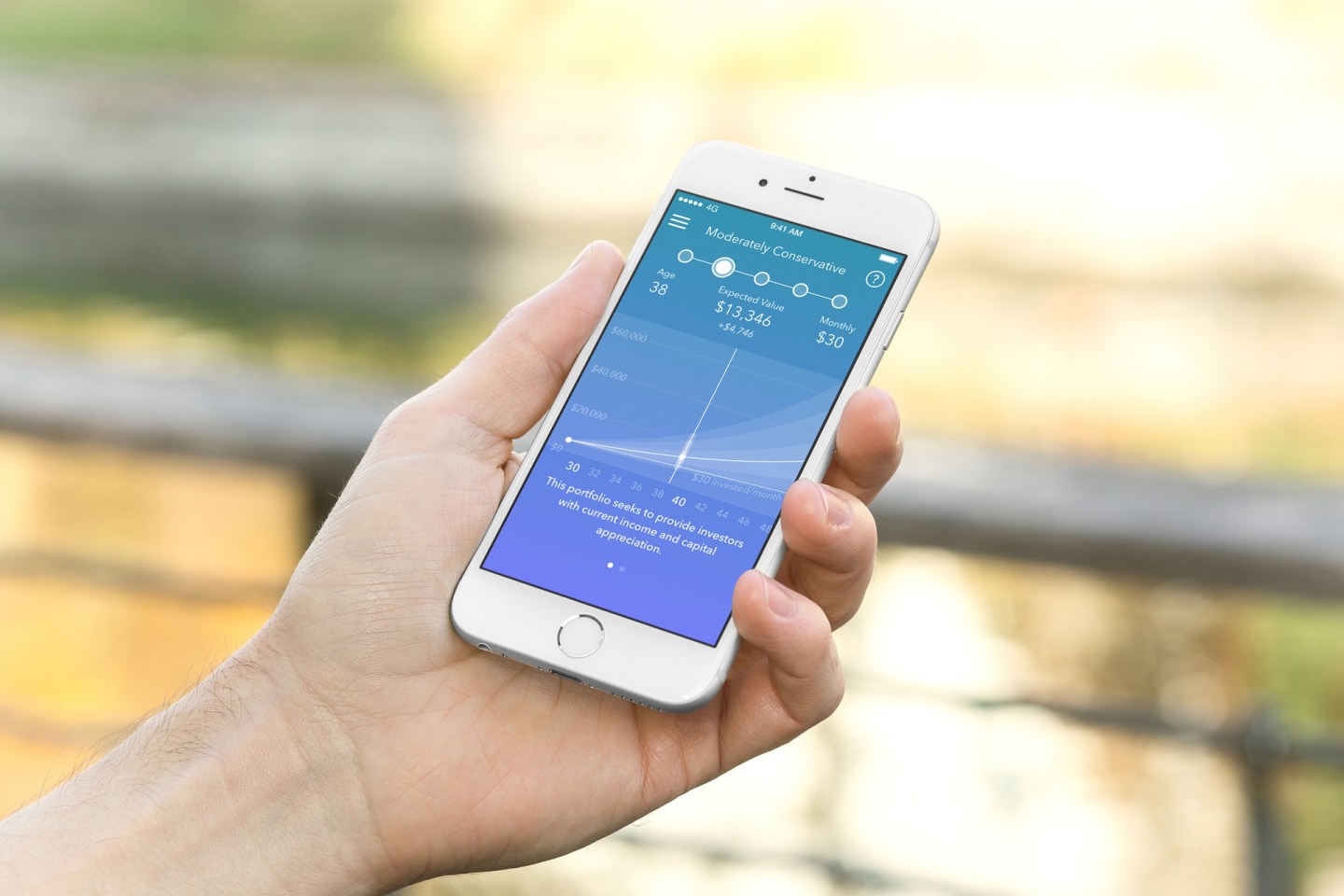 Jeff Cruttenden had been investing since he was 11. As the son of an investment banker, he was taught as a teenager the value of growing money by investing in mutual funds and stocks. But when he arrived at college, he realized he was one of the few of his classmates who knew anything about investing. Most of his classmates didn’t invest their savings, and were overwhelmed with how to even get started.

After college, Cruttenden and his father set out to create a mobile-focused way for young people to start investing. Their brainchild is Acorns, a year-old app that is designed to get people started by making small automated investments from a bank account. Users link their bank accounts to the app, which then automatically rounds up the cost of all transactions they make to the nearest dollar, withdraws that spare change, and then invests it. For example, if you buy a salad for $10.20, Acorns will take an extra 80 cents and invest it in an exchange-traded fund, or ETF.

Users can pick between investing in five different portfolios of ETFs based on their risk preference. Over the past year and a half, Acorns has opened 850,000 investment accounts, 75% of which were created by savers under 35 years of age.

It’s that growth that has attracted venture capitalists and strategic investors, explained Cruttenden, who is the co-founder of the company. On Thursday, Acorns announced that it had raised $30 million in new funding, with payments giant PayPal backing the startup. Japanese e-commerce company Rakuten also participated through one of its venture capital funds. This round brings Acorns’ total funding to $62 million.

Cruttenden says that the average users invest $50 monthly. The low barrier to start with Acorns is what has drawn many to open accounts, he said, adding that many customers start investing with only $5.

Currently, Acorns charges a $1 monthly fee for accounts with a balance under $5,000, and 0.25% per year for accounts larger than that.

Most recently, Acorns has started to integrate financial advice and content within its app. While it is currently focusing on investing, the startup also sees the opportunity to expand to into other areas of financial services including lending.

Acorns isn’t the first company to try to take on the Fidelitys and Charles Schwabs of the financial world. So-called roboadvisors like Wealthfront and Betterment, which have automated the role of human investment advisors, have been gaining traction, and raising large rounds of venture capital.

But Cruttenden contends that Acorns is one of the first mobile-first savings and investment apps that appeals to the under 35 millennial generation who prefer to send money, bank and make other financial transactions online. He added that even despite the market fluctuations over the past six months, the startup is seeing growth in the number of users who are still willing to take a risk with their savings.

“We want to make the big decision of investing a small decision,” Cruttenden said.