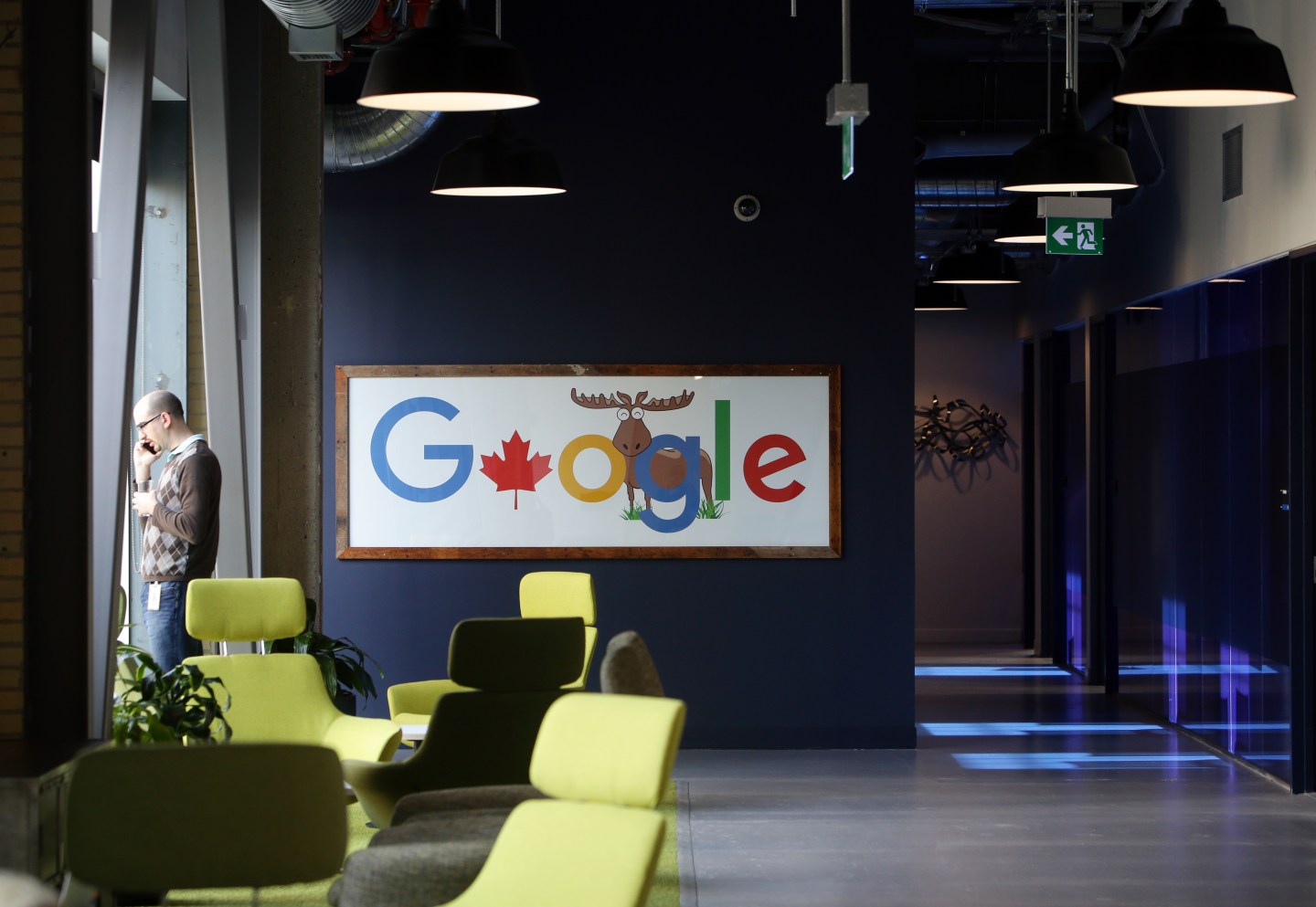 Facebook owns a significant chunk of the mobile advertising market, and its share is expected to grow in the coming years at the expense of competitors like Google, according to eMarketer. That’s got to sting for Google, which runs the world’s most popular mobile operating system and owns seven products with a billion users each.

The first is with video. Google subsidiary YouTube, which industry insiders estimate could generate as much as $10 billion in revenue this year, has benefitted from a shift to mobile and a shift away from TV viewing to digital video.

Pichai called out YouTube’s business success in the call, noting that “marketers can’t get enough.” He specifically highlighted a six-hour livestream event hosted by Xbox for the opening week of its Halo 5 game. Eight million people watched the livestream, Pichai said, and it helped Xbox break sales records. Pichai also highlighted a 360 degree livestream of select performances at the Coachella music festival.

It can’t be a coincidence that YouTube is touting its livestreaming capabilities in the same month as Facebook’s Live video media blitz. Suddenly you can’t escape live videos on Facebook, and the company is even paying media brands, including Fortune, to churn out hundreds of minutes of live video content each month.

Pichai also touted Google Preferred, the advertising program that bundles premium YouTube videos, noting that YouTube would make the program a “cornerstone” of its ad sales presentation at NewFront, annual advertising extravaganza to be held in New York next month. Facebook, on the other hand, has said any money it makes from video is “incremental,” as it is spending brands would have otherwise allocated to image or text-based ads.

Secondly, Google is also moving deeper into ads that entice people to install new apps on their phones. As the app market matures, it’s becoming increasingly difficult to convince people to install new apps. App makers, especially in the hit-driven gaming category, are willing to pay lots of money to acquire them. Facebook (FB) has created a big business doing exactly that. (It hasn’t say how big, but estimates range from $1 billion to $3 billion a year.) Google is getting a piece of that business: In January the company saw a 200% year-over-year increase in “ad-driven installs” on its Android operating systems, Pichai said.

Lastly, Pichai noted that most users of Google’s mobile apps are “signed in,” meaning the company knows exactly who they are. Having a user’s identity (and data on all of their activity) allows marketers to deliver more targeted ads to users. That’s long been a selling point of Facebook’s, which has collected user data from the start. Now Google can say the same thing.