Aeropostale May File For Bankruptcy 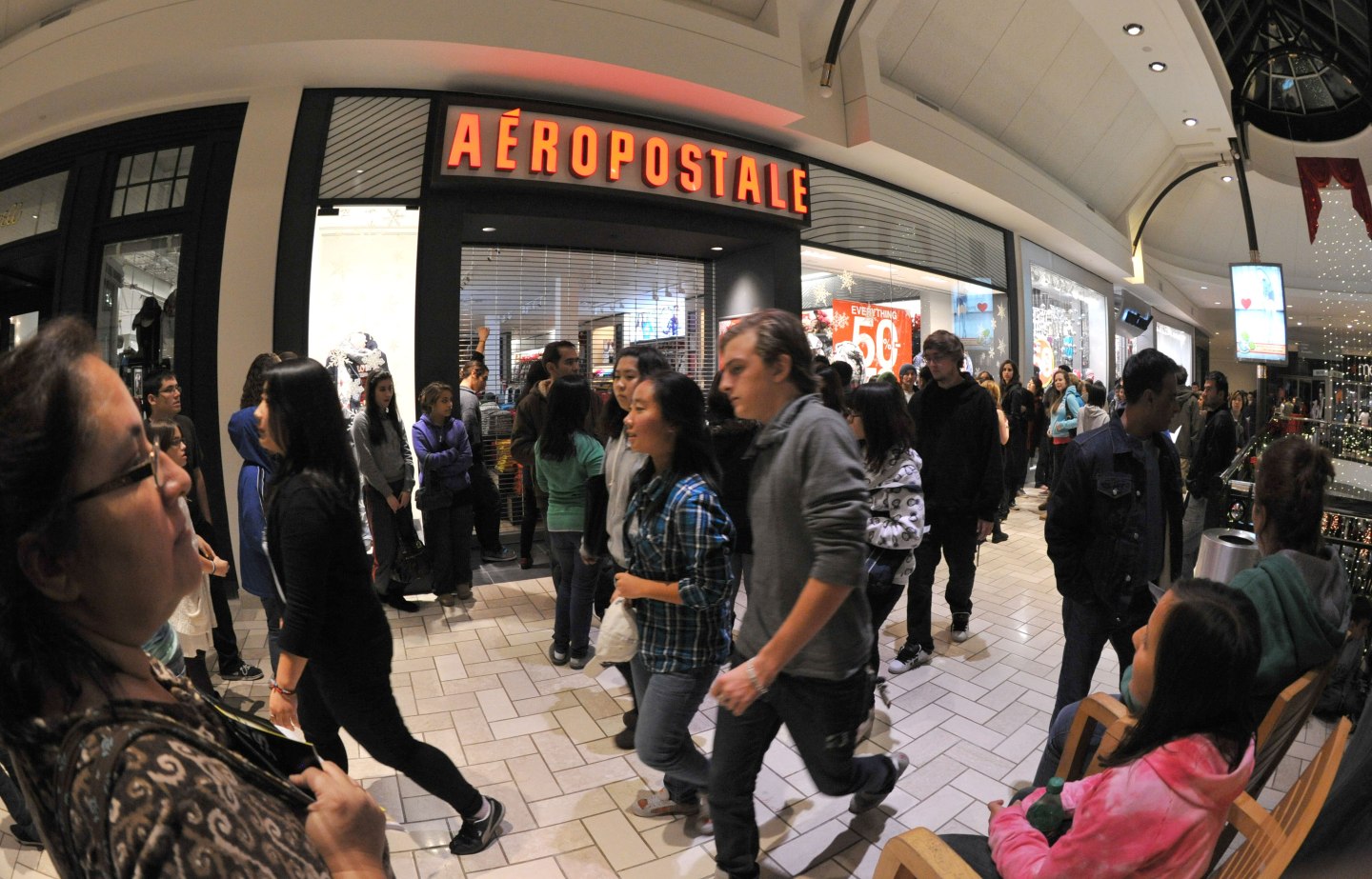 In a bid to stay afloat, troubled clothing retailer Aéropostale (ARO) may file for bankruptcy as early as this month.

The once popular retailer is reportedly preparing to file Chapter 11 bankruptcy—a move which would allow the company to lessen its debut burden and attempt a comeback, Bloomberg first reported Thursday, citing people familiar with the matter.

Aéropostale may also seek a loan to finance the company while it goes through the bankruptcy process—though the company could work out a deal or sell itself as well.

The retail chain, which started in 1973, has been bleeding sales for three straight years as its target demographic, younger consumers, and low-income shoppers turn to other options. Annual sales dropped from $2.29 billion in 2012 to $1.5 billion in 2015.

On top of that, the company has disclosed potential liquidity problems stemming from its clash with key vendor, MGF Sourcing US, an affiliate of Sycamore Partners. THe most recent balance sheets from the fourth quarter of 2015 revealed that the company was also hemorrhaging cash.

Aéropostale has been looking for a way to stymie its sales bleed. Management has delayed filing its 2015 annual report as the company attempts to consider “strategic and financial alternatives with its advisors, including a potential sale or restructuring,” according to a regulatory filing. The retailer is reportedly work with Stifel Financial and law firm Weil Gotshal and Manges to parse out its options, Bloomberg wrote.

If Aéropostale decides to file for Chapter 11 bankruptcy, it would join a growing list of retailers including American Apparel, Quicksilver, and The Sports Authority which have also followed similar routes in the past year, as the industry competes with a burgeoning e-commerce market.

Aéropostale declined to respond to Fortune.