UnitedHealth Hasn’t Given Up on Obamacare Altogether 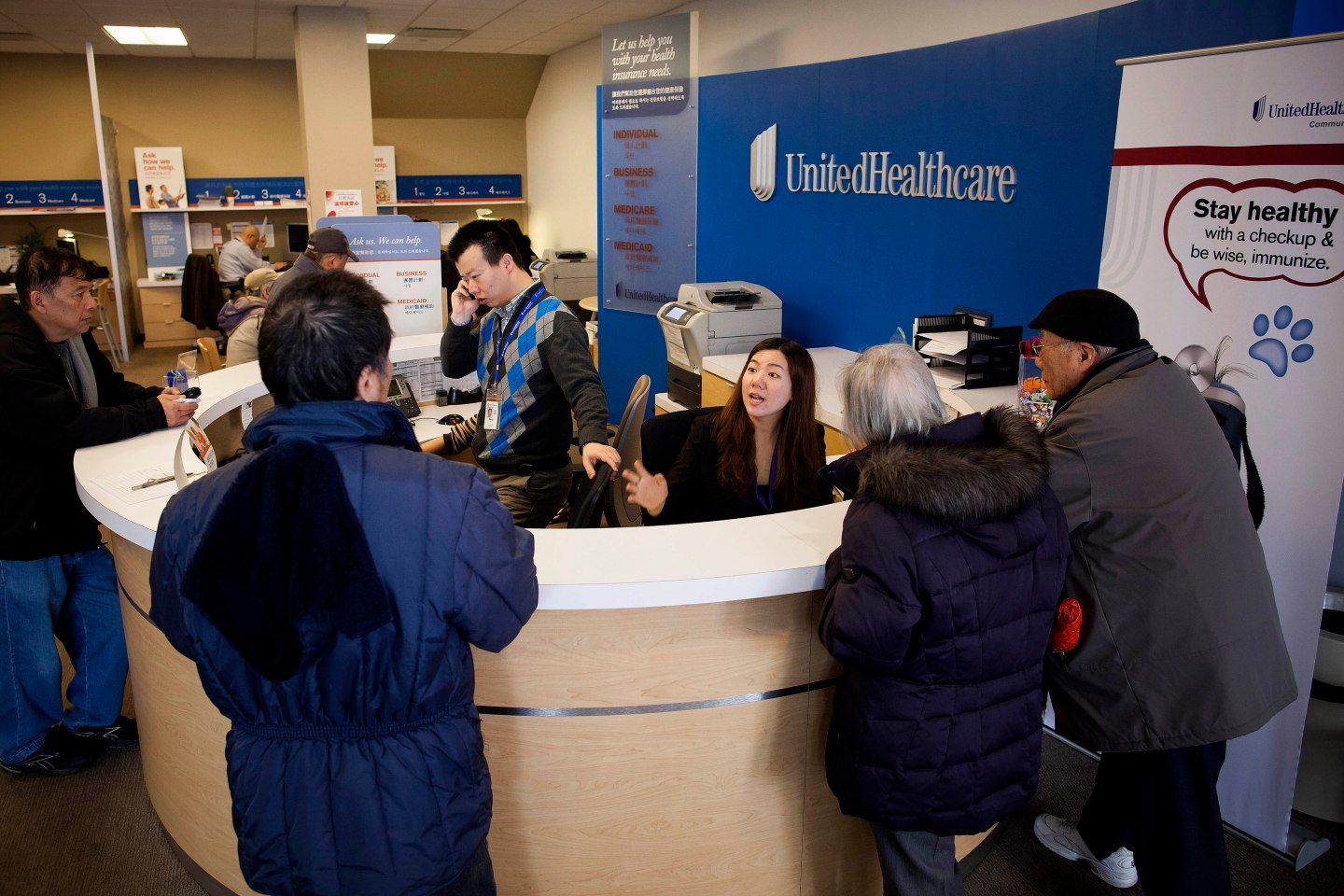 UnitedHealth Group, the nation’s biggest health insurer, recently said it will drop out of the Obamacare individual insurance market in all but “a handful of states,” raising concerns that other insurers could follow.

CEO Stephen Hemsley said during the company’s earnings call Tuesday that the exchange market set up by the Affordable Care Act (ACA) has been riskier and more expensive than expected for UnitedHealth, and that the company “cannot broadly serve it on an effective and sustained basis.”

But that doesn’t mean UnitedHealth (UNH) is ditching the individual exchange market altogether—and it’s not a sure signal that other large insurers will also ditch their Obamacare plans anytime soon.

“This is one company that never made a serious play for this market from the get-go, and it may not really be abandoning it,” said Sabrina Corlette, a research professor at Georgetown University’s Center on Health Insurance Reforms.

UnitedHealth will maintain its presence in New York, Nevada, and a few other states. But more tellingly, the company has a small arm offering exchange plans that it will keep running in Atlanta—even as UnitedHealth pulls out of public exchanges in Georgia. That unit is called Harken Health, and it could signal the future format for ACA health plans run by big insurers.

“With Harken Health, [UnitedHealth] is gently dipping its toe in new markets,” said Corlette. “Interestingly, it’s a departure for them. What they offered on the ACA marketplace was not much different from what they are offering on the employer side, which is not a model that works very well in that marketplace. This model could work better.”

Harken Health, which opened in January, is a boutique-style health plan with a much more tightly managed provider pool than UnitedHealth’s traditional PPO network. It focuses on primary care services and offers unlimited free doctor visits and 24/7 phone access to a medical professional. Every member gets a personal health coach and access to mental health counseling, if needed.

It may sound like an extravagant subsidiary to hang onto when UnitedHealth says it will lose $650 million on ACA plans this year, but health care analysts believe Harken’s model could actually decrease overall health expenditures by preventing expensive hospitalizations and unnecessary trips to the emergency room. It’s a lot cheaper for an insurer to prevent illness than to treat it.

This model could end up working for UnitedHealth, especially when comparing it against the companies that have already been able to turn a profit from their ACA plans. Two examples are Centene (CNC) and WellCare Health Plans (WCG), both of which have a heavy presence in the Medicaid market and use relatively narrow provider networks.

Medicaid is an untested market for UnitedHealth, and other companies that have traditionally run Medicaid plans have an advantage since they’ve worked with a demographic that hasn’t been insured and know how to successfully manage patients that come in potentially sicker and in greater need of immediate medical services.

But Obamacare still represents a huge untapped market. About 12.7 million people enrolled for health insurance through the ACA exchanges for this year, according to the Centers for Medicare and Medicaid Services. UnitedHealth had only attracted about 795,000 of those patients, a mere drop in the bucket compared to its total membership of 47.7 million people.

UnitedHealth’s exit also doesn’t signal that a domino effect is lingering—and a subsequent “death spiral”—where other insurers drop out and premiums rise so high that only the sickest buy into the system, further pushing up prices until rates are unwieldy.

“In terms of the viability of the exchanges, I don’t think that this is going to affect that in the long term,” Yevgeniy Feyman, deputy director of health policy at the Manhattan Institute for Policy Research, told Reuters. Even with UnitedHealth’s exit, he doesn’t see the exchanges becoming so unprofitable that they can’t function.

That doesn’t mean there won’t be disruptions in the market, especially for patients who are currently on one of UnitedHealth’s ACA plans. For one, it will take a concerted effort by insurers, doctors, and patients to smoothly transition plans so services (like chemotherapy, dialysis, or other vital items) aren’t disrupted in the middle of treatment.

Also, once UnitedHealth withdraws from at least 22 states, according to the latest Bloomberg reports, it will leave only one insurer in 29% of the 1,855 counties where it offered health plans, according to an analysis by the Kaiser Family Foundation. That could push premiums up in those areas, though that brunt will be born primarily by taxpayers since the vast majority of individuals with ACA plans receive a subsidy that links their premium payments to a percentage of their incomes.