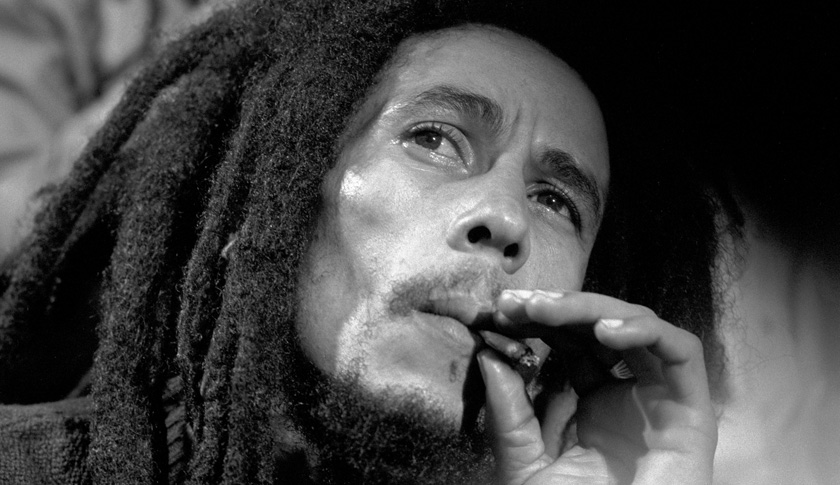 Bob Marley, being interviewed after the show at the Fox Theater (Photo by Tom Hill/WireImage)
Photograph by Tom Hill — WireImage/Getty Images

Here’s how Snapchat wants to make its users look like Bob Marley: Plop on some dreadlocks, have them rock a red, yellow, and green Rastafarian cap, and maybe darken up their skin a little?

Snapchat (SNAPCHAT) released a new Bob Marley filter early in the day on April 20th. The popular messaging app quickly drew criticism on social media for releasing the reggae look on a day well known as an unofficial holiday for marijuana fans (4/20).

Model Kylie Jenner came under fire after she tested out the new filter and posted the video on her Instagram page.

Bob Marley music fans took to Twitter to express their disgust with the new filter, which they said looks like a high-tech version of blackface. They also say releasing the filter on 4/20 makes Marley seem more like a weed icon than a revered reggae musician.

Can @Snapchat explain to me why there's a Bob Marley filter on 4/20? You realize he did more than smoke weed, right? pic.twitter.com/xPCOU5uQko

Snapchat has made a "Bob Marley" filter for 4/20? Lol don't reduce the brother's legacy to nothing more than a weed mascot for white hippies

Snapchat isn’t the only social media app with a reggae look for users to try on. Snapchat competitor MSQRD, recently acquired by Facebook, has its own bevvy of celebrity filters and masks, and notably, has had its own Rastafarian filter in place for months. That filter adds in dreadlocks, sunglasses, and a cap, but doesn’t change a user’s skin tone.

Snapchat told Fortune in an email that the new Bob Marley lens was created in partnership with the Bob Marley Estate, saying “millions of Snapchatters have enjoyed Bob Marley’s music, and we respect his life and achievements.”