These Former Madoff Employees Will Stay in Jail 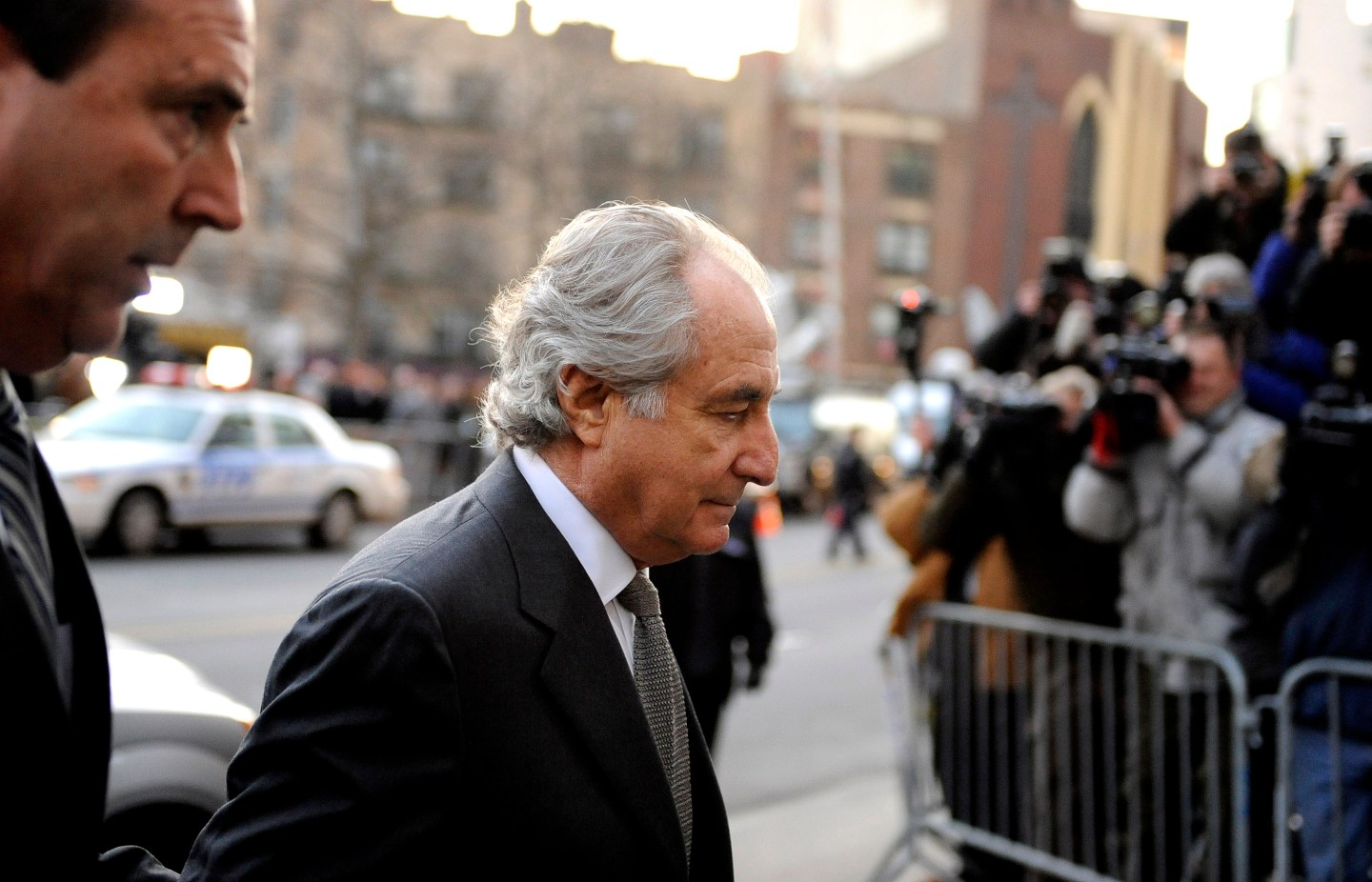 A U.S. appeals court on Wednesday upheld the convictions of five former employees of Bernard Madoff’s firm who prosecutors said helped their boss conceal his multibillion-dollar Ponzi scheme for years.

In Wednesday’s ruling, a three-judge panel of the 2nd U.S. Circuit Court of Appeals in New York rejected arguments challenging various lower-court rulings and the sufficiency of the evidence presented during their six-month trial.

Andrew Frisch, a lawyer for Bonventre, called Wednesday’s ruling disappointing. Lawyers for the other defendants did not immediately respond to requests for comment.

The five employees were among 15 people who pleaded guilty or were convicted at trial in connection with Madoff and his firm, Bernard L. Madoff Investment Securities.

Madoff, 77, is serving a 150-year prison term after pleading guilty in 2009 to running a scheme that cost investors an estimated $17 billion or more in principal.

The five employees were tried together and found guilty in 2014 on charges ranging from securities fraud to bank fraud to tax fraud. Bonventre is serving a 10-year sentence while Crupi and Bongiorno were given six-year terms and O’Hara and Perez were sentenced to 2-1/2 years.

In their rejected appeal, the defendants had challenged what they called improper statements that a prosecutor, Randall Jackson, made at the close of trial invoking the civil rights movement in asking a mostly black jury to find five white employees guilty.

Jackson, who is black and now in private practice, had asked jurors to approach their deliberations with the same “courageous approach” as Constance Baker Motley, a civil rights lawyer who became the first black woman federal judge in 1966.

While the appellate court said Jackson’s “choice of subject was peculiar and his rhetoric needlessly grandiose, it did not constitute severe misconduct.”