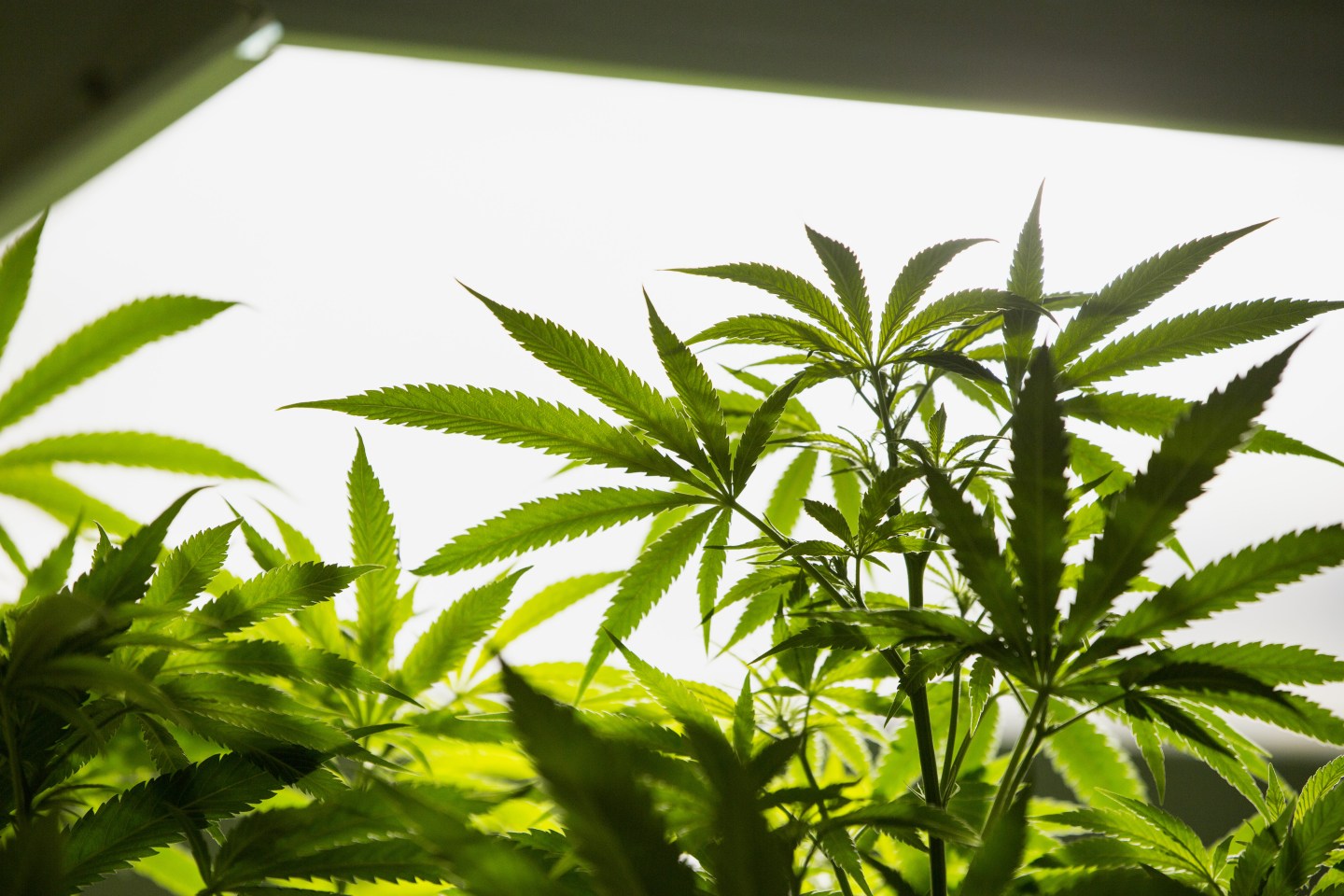 Marijuana plants stand in a room at the grow facility for Sense of Healing dispensary in Denver, Colorado, U.S., on Wednesday, Dec. 9, 2015. The $3.5 billion U.S. cannabis market is emerging as one of the nation's most power-hungry industries, with the 24-hour demands of thousands of indoor growing sites taxing aging electricity grids and unraveling hard-earned gains in energy conservation. Photographer: Matthew Staver/Bloomberg via Getty Images
Matthew Staver — Bloomberg via Getty Images

One in four Americans who said they would try marijuana said they would use it every day if it were legal in their state, according to a survey conducted earlier this month.

Medical marijuana has long garnered support from Americans, so that latest finding isn’t exactly a surprise. That helps explain why 24 states and D.C. have legalized marijuana for medical use, with Pennsylvania becoming the most recent state to approve that change. Six other states have pending legislation or ballot measures, while nine states saw legislation fail on the matter of medical marijuana this year.

All of this comes as the industry is poised to potentially see legal sales hit $6.7 billion this year. The trends of greater acceptance and higher sales, good news for any marijuana startups angling to earn big revenue, also are notable today as it is April 20. Also known as 4/20, this day is when cannabis aficionados honor their favorite plant.

The industry’s potential growth has lured a slew of startups and celebrities. One startup, MassRoots–a social network for cannabis users–earlier this month filed plans for a second time to launch an initial public offering on the Nasdaq in a bid to become the first in the space to go public. Actress and The View host Whoopi Goldberg and rapper Snoop Dogg are among the more vocal supporters from the media industry.

The Fortune-Morning Consult shows that Americans are generally accepting of this industry’s potential, but not necessarily planning to partake in the drug. When asked how likely they were to purchase and try marijuana if it were legalized, 59% of Americans said “not likely,” while only 35% said likely. That implies that while a majority of Americans are supportive of legalizing the drug, most also don’t plan on using it.

Because it is a presidential election year, it is also important to be mindful of where the candidates stand. Their positions could affect policy, especially after President Obama earlier this year already indicated that marijuana reform would not be on the agenda for his final year in office.

The website Marijuana Policy Project gave out grades to the candidates based on their stated positions on the drug. Democrats earned the best grades, with Vermont Sen. Bernie Sanders scoring an “A” while former Secretary of State Hillary Clinton got a “B.” The three remaining Republicans–businessman Donald Trump, Texas Sen. Ted Cruz and Ohio Governor John Kasich—all got various “C” grades.