Adobe Just Got Caught In Between the QuickTime-Windows Breakup 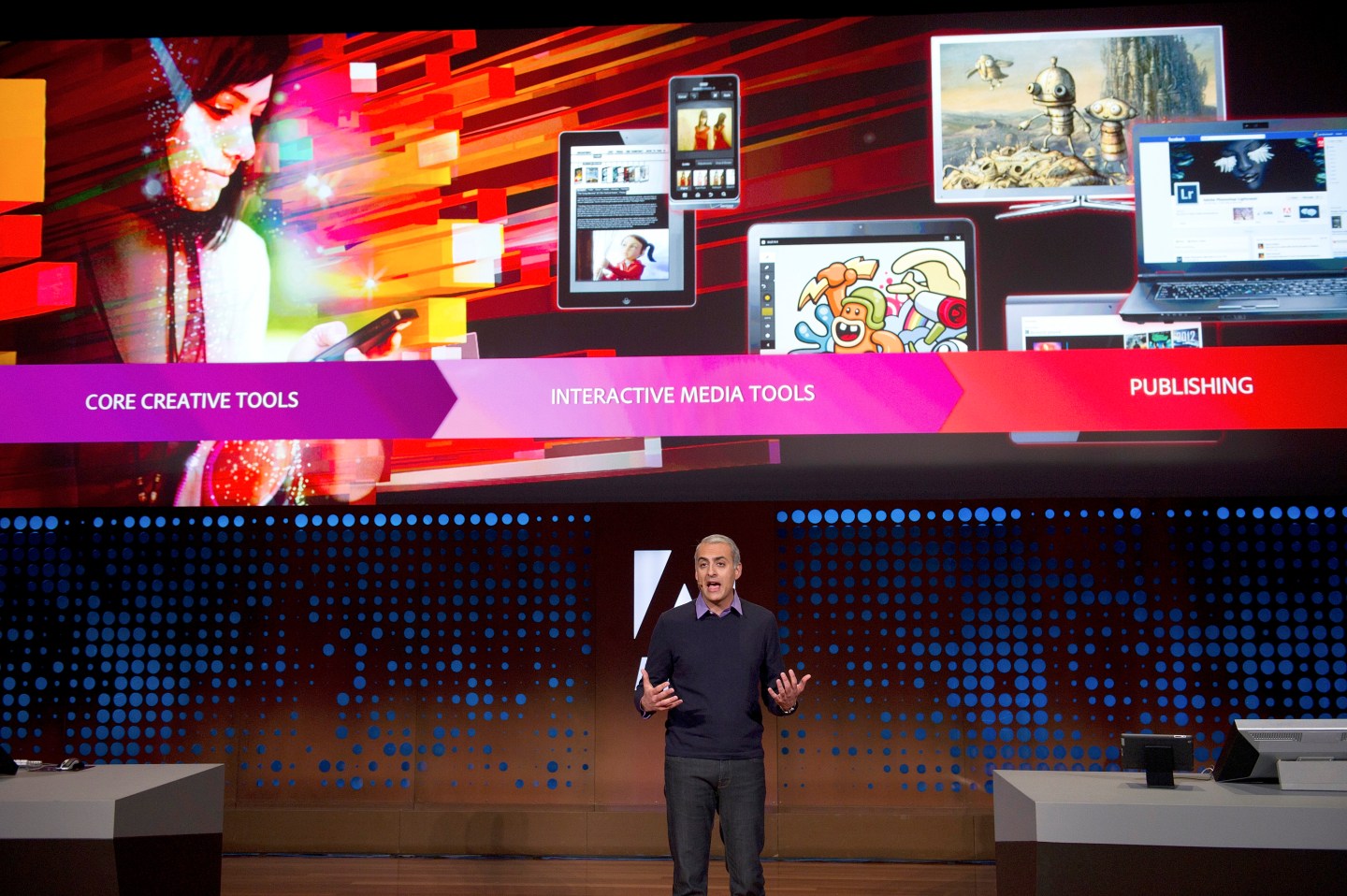 Windows PC users have been urged to uninstall Apple’s QuickTime media player from their computers as soon as possible, and Adobe has been caught in the fix.

Researchers at the cybersecurity firm Trend Micro recently discovered two critical vulnerabilities in QuickTime for Windows that could allow hackers to hijack affected computers. The Department of Homeland Security has backed up that warning, and Apple (AAPL) themselves have posted instructions on how to remove the software from your PC.

But that has left Adobe (ADBE) in the lurch, as detailed in a blog post issued last Saturday. Some of the company’s video-focused applications require QuickTime for Windows, and those using Adobe Creative Cloud—a subscription-based suite of Adobe products that boasts around 7 million users—are especially affected.

“Unfortunately, there are some codecs which remain dependent on QuickTime being installed on Windows, most notably Apple ProRes. We know how common this format is in many workflows, and we continue to work hard to improve this situation, but have no estimated timeframe for native decode currently,” the company said in its blog post.

Adobe is no stranger to security issues—the company was famously chastised by Apple’s founder Steve Jobs for its unstable Flash software—and the latest news has not pleased some Creative Cloud users, such as Graphics.com founding editor Chris Dickman.

“Unfortunately? Let me paraphrase that for you: “We didn’t see this coming, your systems are compromised if you keep using our software and we will make no commitment to fixing this.” Sweet. Of course, Windows users are just expected to suck that up,” he writes in a post online.