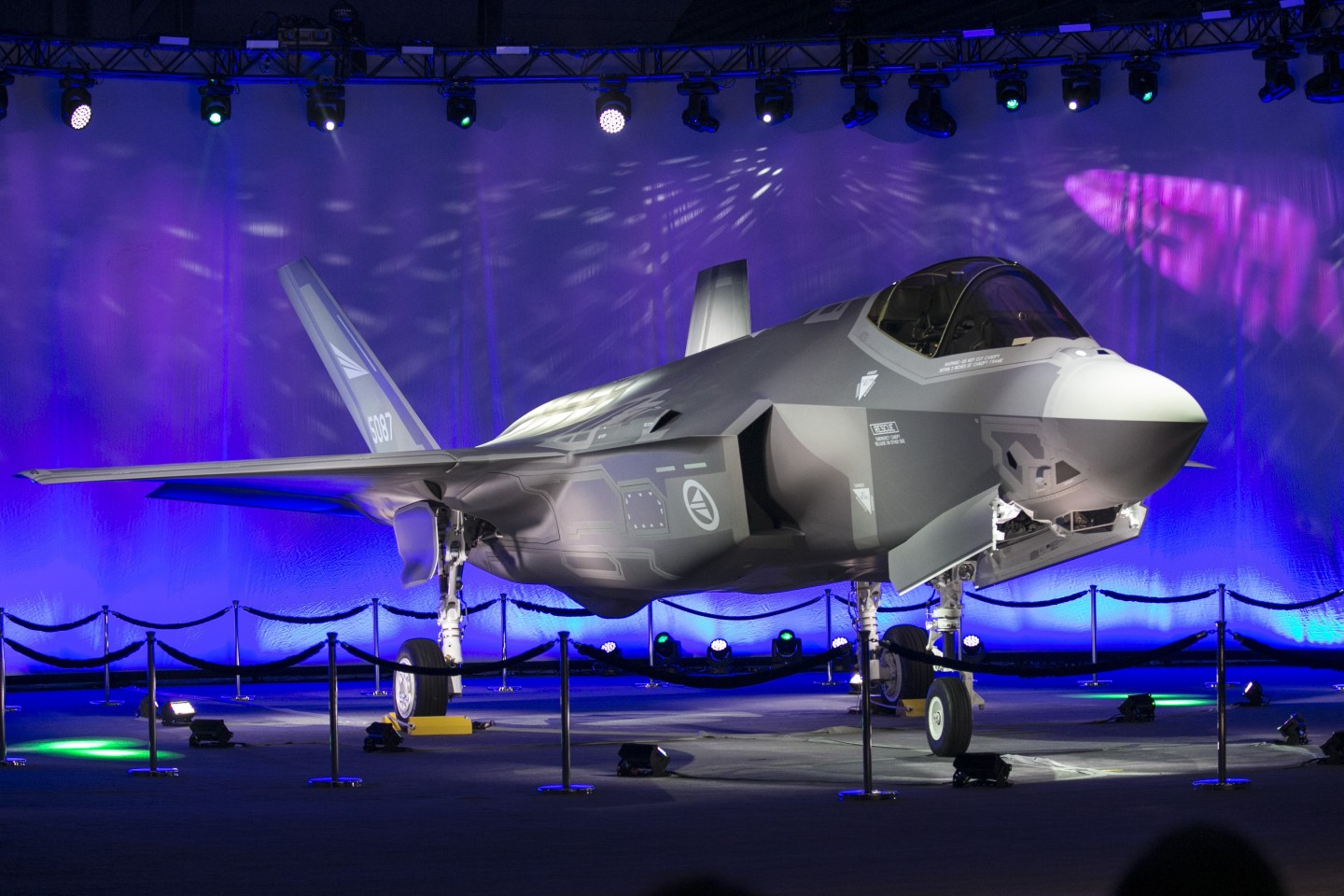 Problems with the F-35 Joint Strike Fighter’s software could lead to a fleet-wide grounding, a new report by the Government Accountability Office says.

In an analysis released late last week, the GAO reports that problems with the software system, known as the Autonomic Logistics Information System (ALIS), are serious enough that “it could take the entire F-35 fleet offline.” The $16.7 billion system–which diagnoses mechanical problems while also managing mission planning, maintenance, and performance–may also be unavailable in all of the places the F-35 needs to operate, the report says. The ALIS requires server connectivity and other infrastructure, which isn’t always available in more remote environments where the F-35 may be deployed.

But the military insists the trouble won’t keep the world’s most sophisticated (and expensive) aircraft out of the sky. The Pentagon’s F-35 program chief, Air Force Lt. Gen. Chris Bogdan, has said previously that the Lockheed Martin (LMT) built aircraft could fly for at least 30 days without support from ALIS, as none of its responsibilities are absolutely critical to combat. ALIS runs on ground-based computers rather than on the aircraft itself.

The GAO remains unconvinced. Individual bugs aside, the major problem raised by the GAO is a lack of redundancy in the way the system is designed. As currently built, all F-35 data generated across the entire U.S. fleet is sent back to a central point and then on to ALIS’s main operating system. With no backup system in place, if either that centralized data hub or ALIS’s main operating unit fails, the entire U.S. F-35 fleet would be effectively taken offline.

That could prove problematic as the Joint Strike Fighter program approaches some key milestones, the most of important of which will come later this year when the U.S. Air Force plans to declare its version of the aircraft—the F-35A—ready for combat. The U.S. Marine Corps has already said its F-35B variant is combat ready, even as both the GAO and the Pentagon’s own office in charge of testing and evaluating new systems has called that declaration into question.

Of course, when the GAO raises red flags on a Pentagon program it’s not always about safety or combat readiness. The GAO’s job is to look out for taxpayers as well. While the Pentagon may be perfectly comfortable flying the world’s most technologically sophisticated and most networked warplane into combat while disconnected from its maintenance software, the GAO appears less comfortable with the idea that the Defense Department can remedy the problem without spending billions more dollars.

Specifically, the GAO report says the Pentagon’s estimate that ALIS will cost $16.7 billion over its 56-year lifetime is likely flawed. Citing program officials themselves, the GAO report asserts that problems with the system and delays associated with those problems could tack as much as $100 billion more onto the cost of the program. “Program officials said that if ALIS is not fully functional, the F-35 may not be operated as frequently as intended, but a DOD-commissioned plan found that schedule slippage and functionality problems with ALIS could lead to $20-100 billion in additional costs,” the report says.

In other words, GAO auditors seem convinced that while a worst case scenario could see the entire F-35 fleet stuck on the tarmac, even a best case scenario will likely see F-35 program costs continue to soar.