Axl Rose Is the New Lead Singer of AC/DC 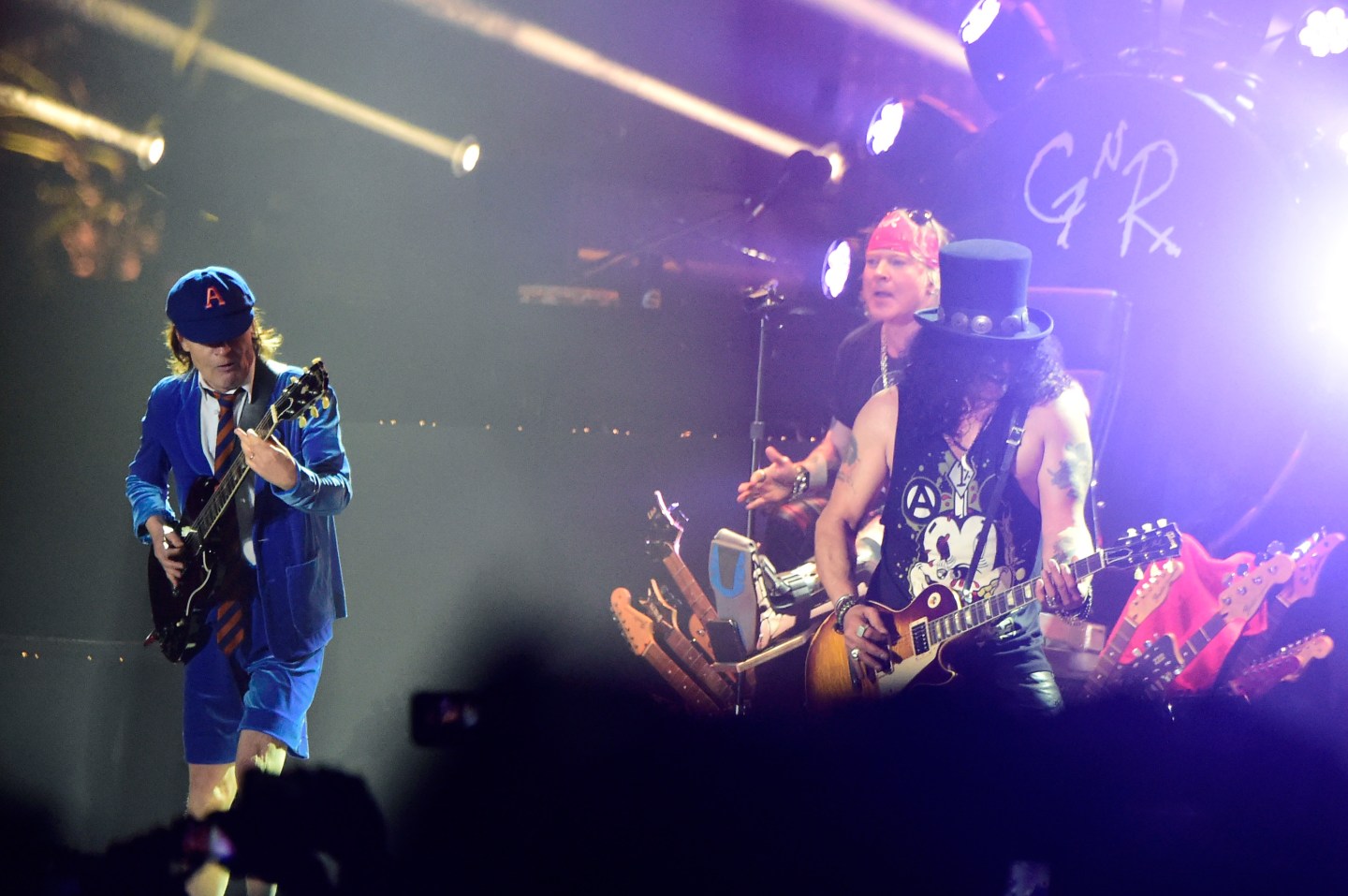 Especially when you are dealing with the tens of millions of dollars that are generated by an iconic group’s worldwide stadium tour.

The Australian band, led by guitarist Angus Young and known for classics such as “Highway to Hell” and “You Shook Me All Night Long,” announced this weekend that the frontman of another iconic hard rock band, Guns N’ Roses’ Axl Rose, would replace AC/DC singer Brian Johnson for the remainder its tour.

Last month, AC/DC announced it was postponing 12 stadium shows in Europe and seven arena shows in North America, including a date at New York’s Madison Square Garden, because of an immediate threat to Johnson’s hearing, with doctors saying he could suffer complete hearing loss if he continued touring.

Johnson, also a car racing enthusiast, had been with the band since 1980 when he replaced the late Bon Scott six years into AC/DC’s career, and was the voice of the band’s “Back In Back” album, a recording that has sold 22 million copies in the United States, making it the third best selling album ever. Yet despite that long service, AC/DC’s statement about his departure read like a something a large corporation would put out to announce its top accountant was leaving.

“AC/DC band members would like to thank Brian Johnson for his contributions and dedication to the band throughout the years. We wish him all the best with his hearing issues and future ventures,” the band wrote on its web page on Saturday.

Still, it’s easy to see why AC/DC would want to complete the tour. The band’s 2015 dates grossed $180 million, placing the heavy metal veterans second to only Taylor Swift’s $250 million box office gross. (AC/DC sold more tickets than Tay-tay in 2015 though: 2.31 million to her 2.27 million, according to touring industry publication Pollstar.)

Rose will perform the European dates, which run from May 7 to June 12, before heading out on the road with original Guns N’ Roses bandmates, guitarist Slash and bassist Duff McKagan, on the biggest tour of summer, one for which the band has sold out stadiums almost instantly. Rose will then rejoin AC/DC for a North American jaunt in the fall, with dates to be announced shortly, AC/DC said.

“As much as we want this tour to end as it started, we understand, respect and support Brian’s decision to stop touring and save his hearing,” the band said. “We are dedicated to fulfilling the remainder of our touring commitments to everyone that has supported us over the years.”

Fans got a foretaste of what an Axl Rose-fronted AC/DC would sound like. Guns N’ Roses headlined the Coachella festival in California on Saturday, and Young joined the band for credible renditions of AC/DC classics “Whole Lotta Rosie” (a song Rose has performed live for years with his own band) and “Riff Raff.”

Johnson’s exit (no one is sure whether it was a dismissal or voluntary departure) comes at a tough time for the Australian rockers: AC/DC’s former drummer Phil Rudd was convicted last year in New Zealand of drug possession and making death threats and sentenced to house arrest, while Young’s brother and band co-founder, Malcolm Young, had to leave the band because of dementia.

All this prompted many AC/DC fans on the band’s Facebook page to slam the Axl Rose dates and call for the band to retire with only Angus remaining from the original lineup.