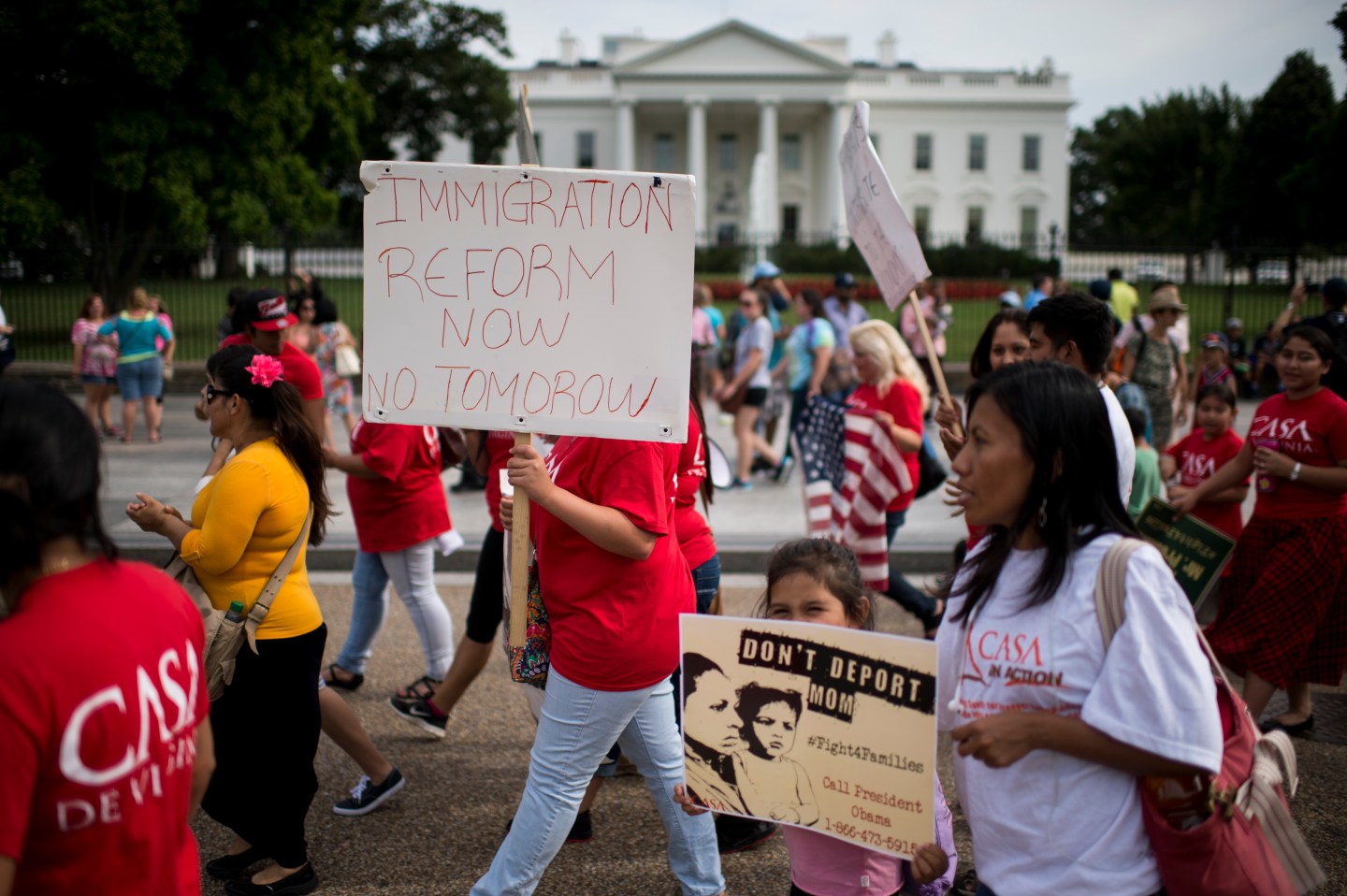 If you’ve been keeping up with the news lately, you couldn’t be blamed for thinking the world is in the throes of an immigration Armageddon. Europe is being inundated by hundreds of thousands of refugees. Donald Trump is calling to ban Muslims from entering the U.S. And all the while, walls are going up right and left. In fact, three-quarters of all border walls and fences were erected after the year 2000. Here we are, 25 years after the fall of the Berlin Wall, and from Uzbekistan to Thailand, from Israel to Botswana, the world has more barriers than ever.

Why, you ask? The usual reasons have been given: Migrants and refugees will steal our jobs. Or, instead, they’re too lazy to work. Crime rates are higher among immigrants. Or, even worse, they’re all terrorists in disguise.

There’s just one problem with all of the standard arguments against migration: They’re wrong.

In fact, plenty of research shows that there is no better way to make the world wealthier—a lot wealthier—than migration. Four different studies have shown that, depending on the level of movement in the global labor market, the estimated growth in “gross worldwide product” would be in the range of 67% to 147%. Effectively, open borders would make the whole world twice as rich.

This has led New York University researcher Michael Clemens to conclude that we’re currently leaving “trillion-dollar bills on the sidewalk.” If all the developed countries would let in just 3% more immigrants, the world’s poor would have $305 billion more to spend, according to a 2007 study by the World Bank. That’s the combined total of all development aid—times three.

For more on immigration, watch this Fortune video:

The problem, in short, isn’t too much migration, but too little. In our era of “globalization,” goods, services, and stocks crisscross the globe, but figures from the United Nations Populations Fund show that only 3% of the world’s population lives outside their country of birth. By making people stay put, national borders form by far the greatest impediment to economic growth.

Growth isn’t a cure-all, of course, but in most countries, it’s still the main driver of progress. Opening up our borders, even just a little, is the most powerful weapon we have in the global fight against poverty.

But sadly, it’s an idea that keeps getting beaten back by the same old myths.

They’re all criminals and terrorists.

Not according to the statistics. As it happens, people making a new life in the U.S. commit fewer offenses and less frequently end up in prison than the native population. Even as the number of illegal immigrants in the U.S. tripled between 1990 and 2013 to over 11 million, FBI data shows the crime rate plummeted.

What about terrorism? New research from the University of Warwick on migration flows between 145 countries over the period from 1970 to 2000 shows that far from being the cause of terrorism, immigration actually leads to a decline in terrorist acts. “[Migrants] take new skills, knowledge and perspectives,” the lead researcher writes. “If we subscribe to the belief that economic development is linked to a decrease in extremism then we should expect an increase in migration to have a positive effect.”

There is a stubborn misconception that the job market is like a game of musical chairs. It’s not. In fact, a bigger workforce means more consumption, more demand, more jobs.

To disprove this fallacy, we can turn to a study by the Center for Immigration Studies—a think tank that opposes immigration—which found that immigration has virtually no effect on wages. Other research even shows that new arrivals lead to an uptick in the earnings of the domestic workforce. Hard-working immigrants boost productivity, which brings paycheck payoffs to everybody. All too often, moreover, the alternative to hiring immigrants is to outsource work to other countries. And that, ironically, does force wages down.

They’re too lazy to work.

There’s no evidence that immigrants are more likely to apply for assistance than native citizens. In reality, if you correct for income and job status, immigrants actually take less advantage of the welfare state.

This brings us to a fascinating paradox: Open borders promote immigrants’ return. Take the border between Mexico and the U.S. In the 1960s, 70 million Mexicans crossed it, but in time, 85% returned home. Since 9/11, the U.S. side of the border has been heavily militarized, which has discouraged immigrants from going back. “We annually spend billions of taxpayer dollars on border enforcement that is worse than useless—it is counterproductive,” observes a sociology professor at Princeton University. “Migrants quite rationally responded to the increased costs and risks by minimizing the number of times they crossed the border.”

Opening our borders is not something we can do overnight, of course—nor should we. Unchecked migration would certainly corrode social cohesion. But we do need to remember one thing: In a world of insane inequality, migration is the most powerful tool around for fighting poverty.

Rutger Bregman is the author of Utopia for Realists: The Case for a Universal Basic Income, Open Borders, and a 15-Hour Workweek. The book was translated from Dutch by Elizabeth Manton.