No Work-Life Balance? Give Me a Break. 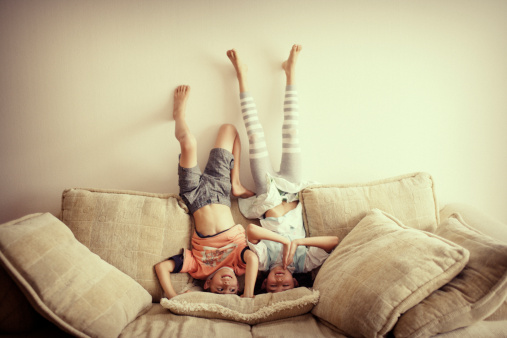 It was an ungodly early hour on the West Coast when Marissa Mayer announced a new strategic plan for Yahoo (YHOO) on CNBC. I was making cappuccinos when my wife came into the kitchen, looked up at the screen, and said, “Is that Marissa Mayer? She looks terrible.”

I said, “You would, too, if it was 6 a.m. and you were nine months pregnant with twins.”

The embattled Yahoo chief gave birth the next morning and, to be honest, I don’t recall her missing a beat. But that’s nothing new; Mayer’s workaholic escapades are legendary. Back in the early days at Google, she regularly pulled 130-hour weeks and slept under her desk. As recently as three years ago, she was still working 90 hours a week.

She’s hardly alone. Elon Musk has been running SpaceX and Tesla for about eight years now and generally logs 100-hour weeks. Mark Zuckerberg spends between 10 and 12 hours a day at Facebook and who knows how many more at home. And while he may have talked about taking two months of paternity leave, I doubt he was ever really out of the loop; he actually spearheaded several key launches during that time.

These anecdotes underscore the reality of startup life for founders, their leadership teams, and key contributors who are just as passionate about their work as their bosses are. The thing is, work-life balance isn’t part of it. Work is what they do. And for long stretches of time, work is all they do.

While the elusive concept of work-life balance has become a popular meme of the modern workplace, it’s nothing new. It’s not a function of the new economy or the new millennium. It’s always been this way.

Having been around the tech industry for more years than I care to think about, I can tell you that key employees, managers and executives have always worked long hours. Back in the ‘80s and ‘90s, it wasn’t uncommon for workers at startups and even mid-sized companies to grab dinner and a few beers and head back to work until late at night. And those of us in marketing and sales were always on the road. To this day, I have more than 3 million frequent flyer miles on American Airlines alone.

This has only now come to the fore because we’ve only recently become a culture of self-obsessed whiners. What started out innocently enough as a few clickable rants got amplified a million fold by the social media hordes and finally ended up generating an entire genre of self-help books like The 4-Hour [fill in the blank], not to mention a whole generation of lifestyle coaches.

The end result is a society where all we do is complain about living in multitasking hell without so much as a moment to eat, breathe or sleep, let alone stop by for a beer. Think about it. When was the last time you asked a friend “how are you?” and the answer came back anything other than “crazy busy,” or something to that effect?

Turns out that’s nothing but a myth. We’re not working longer hours. We’re not nearly as frantic as we make ourselves out to be. We actually have just as much leisure time as we’ve ever had, according to data from the Americans’ Use of Time Project, which University of Maryland sociology professor John Robinson has been compiling for half a century and publishing through the U.S. Bureau of Labor Statistics.

So why do we think we’re so overwhelmed? The culprit is the constant reinforcement from all that digital content. When you keep hearing the same thing over and over, you start to believe it. Over time, it’s simply become a cultural norm to exaggerate how much we work and complain about how busy we are. That’s what the data shows.

The next time someone asks how you’re doing, you might want to rethink the old “crazy busy” line. It may feel like hell, but actually, it’s just life.