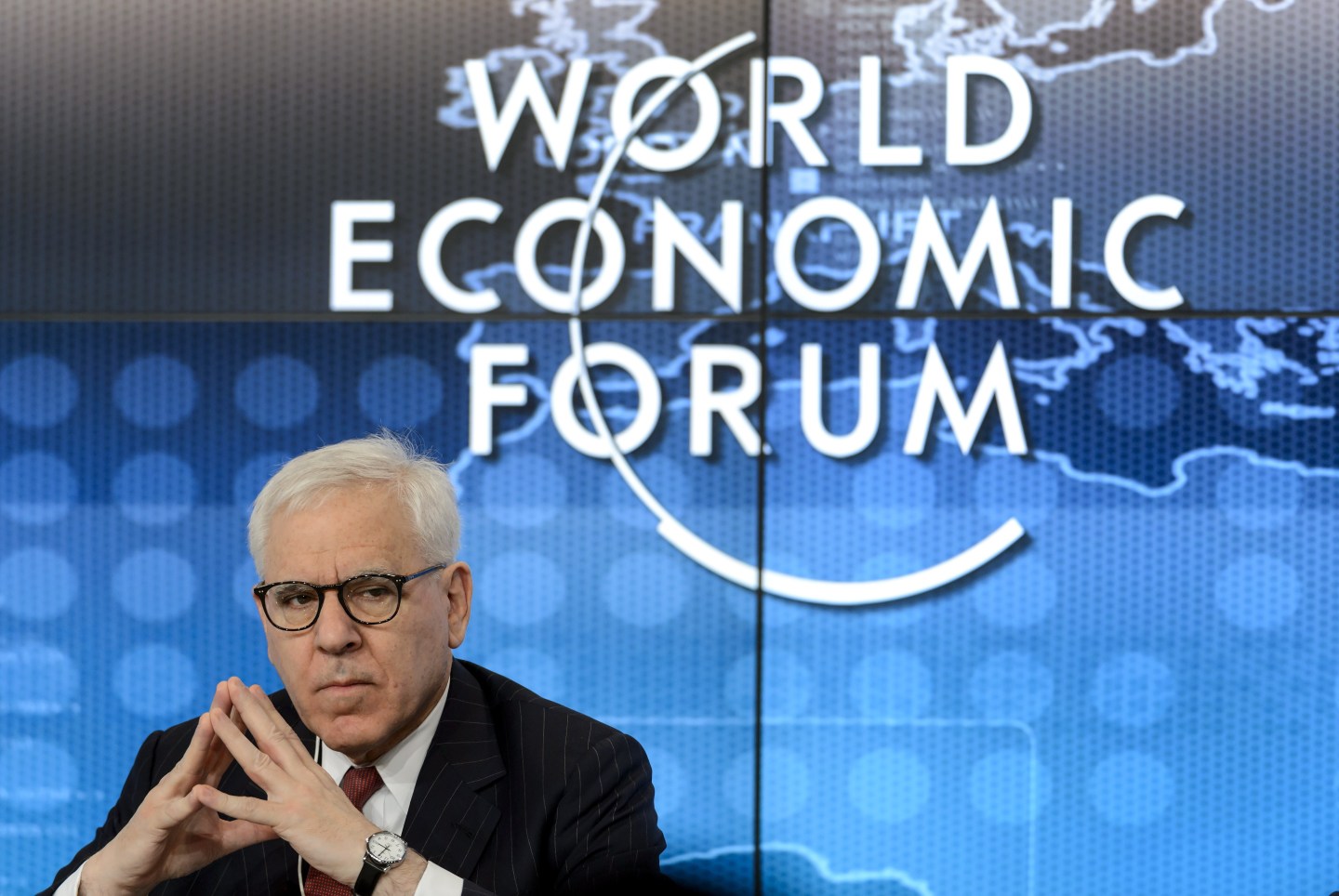 The co-CEO of the Carlyle Group, David Rubenstein, attends a session of the World Economic Forum annual meeting on January 21, 2014 in Davos. The world's political and business elite gathered for their annual meeting in the glitzy Swiss ski resort of Davos on January 21, with the shadow of recent attacks in France and ongoing global conflicts looming large. AFP PHOTO / FABRICE COFFRINI (Photo credit should read FABRICE COFFRINI/AFP/Getty Images)
Photograph by Fabrice Coffrini — AFP/Getty Images

The Carlyle Group has entered the auction for assets that oilfield service providers Halliburton and Baker Hughes aim to divest to secure antitrust approval for their merger, a person familiar with the matter said.

Carlyle, a Washington-based private equity firm, is competing against General Electric (GE), which was already in discussions to buy many of the assets, the person said on Thursday, asking not to be identified because the negotiations are confidential.

Halliburton (HAL) and Carlyle declined to comment, while Baker Hughes (BHI) and General Electric did not immediately respond to requests for comment.

Earlier on Thursday, the Wall Street Journal, citing sources, reported that Carlyle was in serious talks to buy assets worth more than $7 billion from Halliburton and Baker Hughes.

Baker Hughes shares were up 5.5% on the news to $43.55, while Halliburton shares were down slightly in Thursday afternoon trading in New York at $38.19.

Halliburton and Baker Hughes are under new pressure to divest assets after the U.S. government filed a lawsuit last week to stop their deal, arguing the combination of the world’s No. 2 and No. 3 oil services companies would lead to higher prices in the sector.

The two companies had initially announced they would divest their drill bits and directional drilling businesses as part of their merger.