Burberry Blames a Drop in Tourist Spending for Disappointing Sales 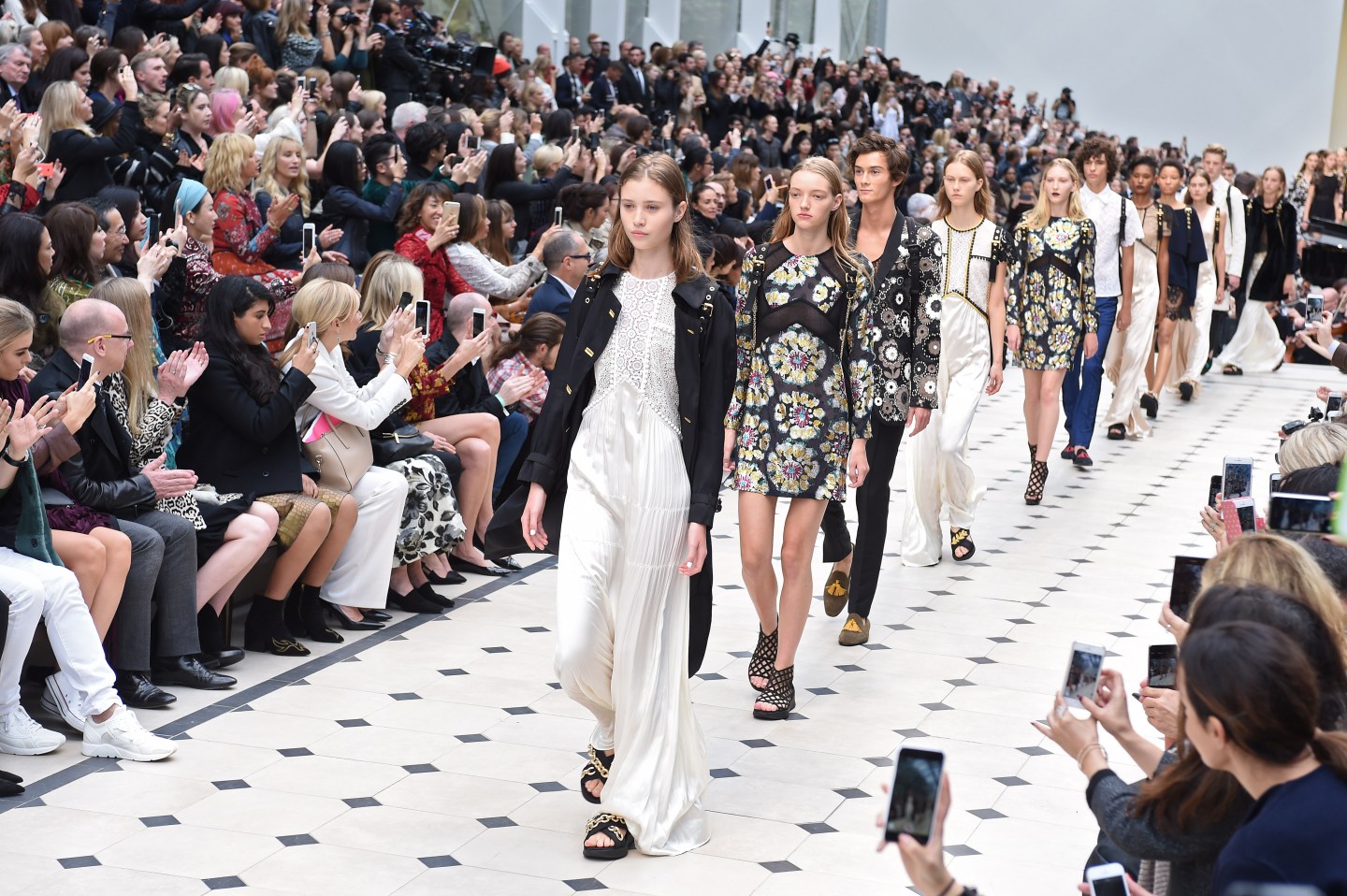 British luxury fashion brand Burberry said tough conditions would hit profit in the year ahead after a drop in tourist spending in continental Europe and weak demand in Hong Kong depressed sales in recent months.

The company reported revenue of 1.41 billion pounds ($2 billion) for the six months to end-March on Thursday, down 1% on an underlying basis.

Comparable retail sales fell 5% over the last three months, resulting in a worse-than-expected 2% fall for the second half period as a whole.

Sales to traveling luxury goods customers, particularly from China, fell in Europe, while comparable sales in Hong Kong declined by over 20 percent for the third successive quarter.

Burberry said adjusted profit before tax for the year to the end of March 2016 would be broadly in line with analysts’ expectations, which range from 401 million to 443 million pounds.

The group was not optimistic for the current year, saying profit would come in towards the bottom of forecasts, which sits at about 405 million pounds.

Earnings for the group, known for classical trench coats lined with its red, black and camel check, have however been boosted by a weakening in sterling in recent months, helping its shares outperform the FTSE 100 market.

It said its profit forecast for the year to end-March 2017 included a benefit of about 60 million pounds from currency if current exchange rates endured.