VW Board Agrees to Slash Bonuses for Top Execs 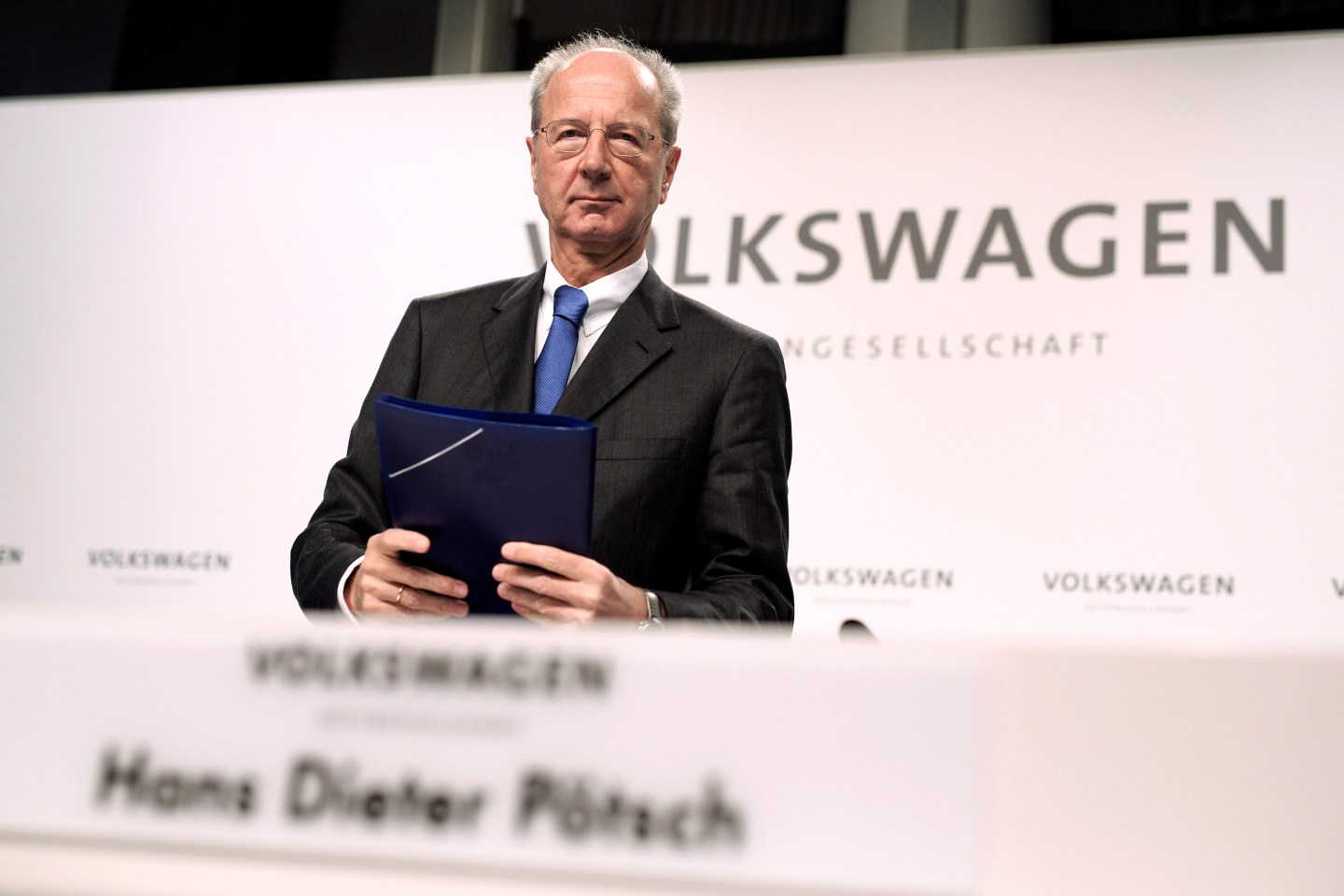 Volkswagen Group Chairman Hans Dieter Pötsch has agreed to a reduction in bonuses he was set to receive from his previous job as the automaker’s chief financial officer in a bid to assuage demands from labor leaders and shareholders for broader bonus cuts. The company’s supervisory and management boards also indicated in a statement Wednesday that bonuses for top executives will also be cut.

The German automaker has come under increasing pressure to cut bonuses earned in 2015—or eliminate them altogether—as it continues to grapple with the diesel emissions crisis that erupted last year and has since eviscerated sales, forcing the company to restructure.

VW said in a statement that the supervisory board and management board have jointly agreed that the company needs to send a signal on top management pay. The board will discuss different models to come up with a “reasonable and fair solution for all parties involved.” The board promised this will lead to a “significant reduction of the variable remuneration,” adding that it would be applied to Pötsch as well at his own request.

Top executives at Volkswagen receive a fixed salary as well as two variable bonuses—one based on personal performance and another determined by the performance of the company.

It isn’t clear how big the cuts will be, although an earlier Reuters report said the management board had committed to a 30% cut in bonus payments.

Volkswagen could have even a tougher time repairing its image:

Earlier this week a VW CEO Matthias Mueller proposed a significant reduction in bonuses for the company’s management board following demand by shareholders. The state of Lower Saxony, which holds a 20% stake in VW and has two seats on the 20-member supervisory board, has pushed for management bonuses to be eliminated altogether.

The company’s supervisory board will decide on the bonus cuts at a April 22 meeting. The individual compensation components will be published in its annual report on April 28.