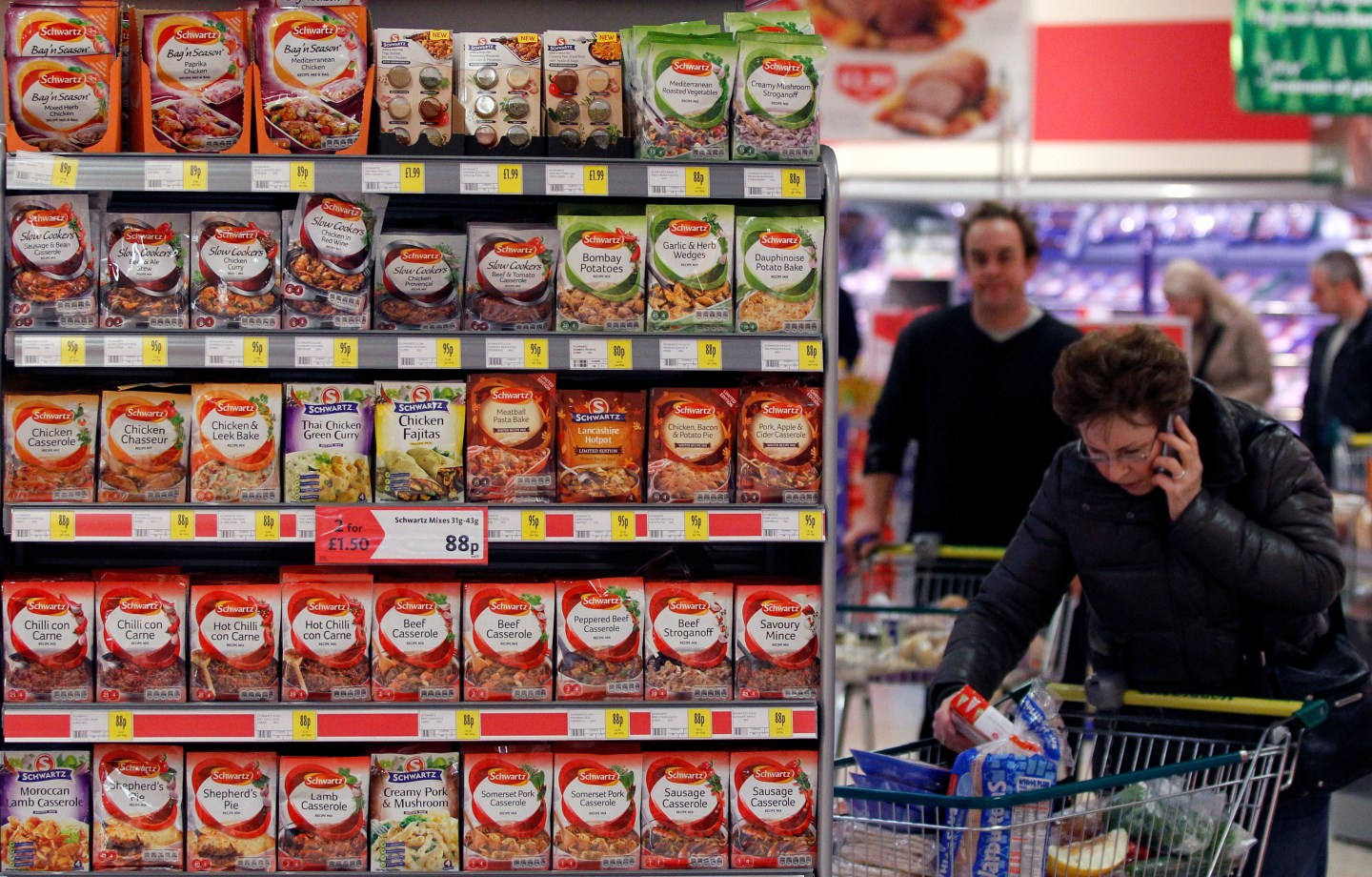 Premier’s share price, which had nearly doubled from 31 pence a share since news of McCormick’s interest emerged on March 23, was down 29% at 40.50 pence by 7:28 GMT on Wednesday.

The move by McCormick now leaves the maker of popular British brands like Mr Kipling cakes and Bisto gravy to accelerate its own growth plans, including one involving cooperation with Japanese noodle maker Nissin Foods.

“The challenge now for Premier management is to deliver for its shareholders the sort of value McCormick was offering,” said Investec analyst Nicola Mallard.

McCormick said that it had “after careful consideration, concluded that it would not be able to propose a price that would be recommended by the board of Premier Foods while also delivering appropriate returns for McCormick shareholders.

“Accordingly, McCormick has withdrawn its proposal to acquire Premier Foods,” it said.

Premier in turn said it “sees a strong future for an independent Premier Foods, and believes that the foundations have been laid for significant growth and shareholder value creation.”

It repeated that its longer-term prospects will be enhanced by its deal with Nissin, that will enable it to expand overseas.

Premier said it had “engaged extensively” with McCormick to provide it with the information requested, adding that the board “appreciates the open and constructive spirit in which the engagement with McCormick was conducted.”

McCormick, known for its namesake spices and Lawry’s seasonings, first approached Premier Foods in February with a proposal at 52 pence per share, which Premier rejected as too low. McCormick then proposed 60 pence, which was also rejected.

When McCormick raised its proposal again to 65 pence, valuing Premier’s equity at 537 million pounds ($774 million), Premier agreed to enter into talks and give McCormick access to its accounts to conduct a due diligence appraisal of the business.

Premier has a stable of very well-known and profitable brands, but it has been handicapped by big debt and pension obligations following an earlier acquisition spree.

Two major shareholders had criticized Premier’s management for their handling of the situation, specifically the deal with Nissin that also saw the Japanese company become Premier’s largest shareholder after it purchased a 17.3% stake from U.S. private equity firm Warburg Pincus at 63 pence per share.