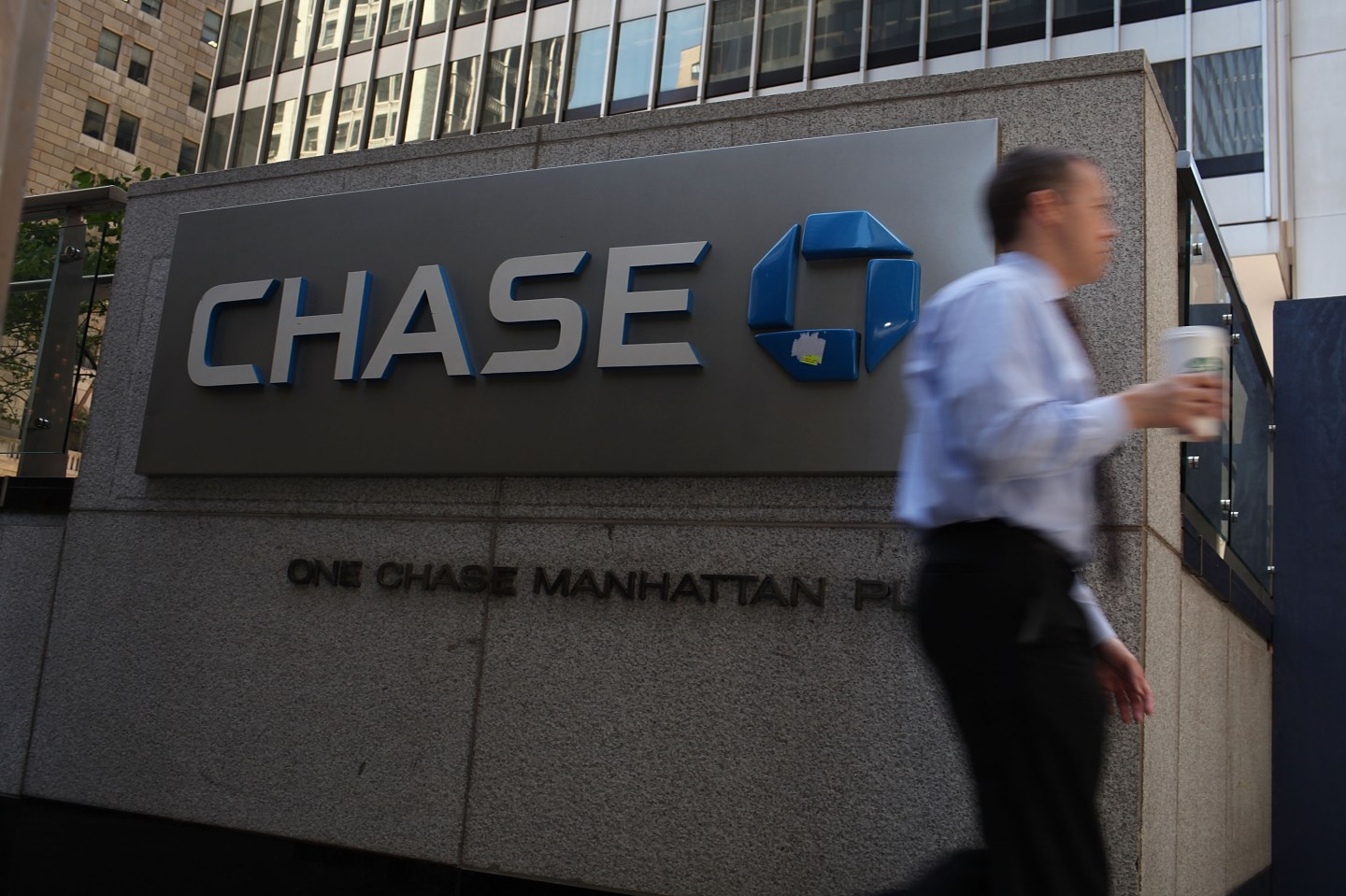 However, both earnings per share and revenue beat analysts’ lowered expectations.

Analysts had expected earnings of $1.26 per share, according to Thomson Reuters I/B/E/S.

Total revenue fell 3% to $24.08 billion, beating the average estimate of $23.40 billion, while revenue from fixed-income trading—often J.P. Morgan’s most volatile business—fell 13.4% to $3.60 billion.

J.P. Morgan is the first U.S. bank to report results since the Federal Reserve’s decision in December to raise interest rates by 0.25 percentage points, the first hike in nearly a decade.

A slide in commodity and oil prices, a slowdown in China, near-zero interest rates, mounting regulatory costs, and hefty capital requirements have set up the banking industry for its worst start to a new year since the 2007-2008 financial crisis.

And while stock market activity picked up in March, that was not enough to make up for weak trading volumes during a volatile January and February.

Investment banking revenue fell 24.5% to $1.23 billion, even though J.P. Morgan topped the global league table with $1.22 billion in fees during the quarter, according to Reuters data.

Industrywide, investment banking fees fell 29% in the period, the slowest first quarter since 2009.

Financial stocks were the worst performers in the S&P 500 index in the first three months of 2016, falling 5.6% compared with the overall index’s rise of 0.8%.

J.P. Morgan’s stock fell 10.3% in the period—but the shares of its five big U.S. rivals fell by even more.

Like other U.S. banks, J.P. Morgan has resorted to aggressive cost controls to underpin earnings over the past several quarters as revenue growth remains sluggish.