Forget the Breathalyzer, Meet the ‘Textalyzer’ 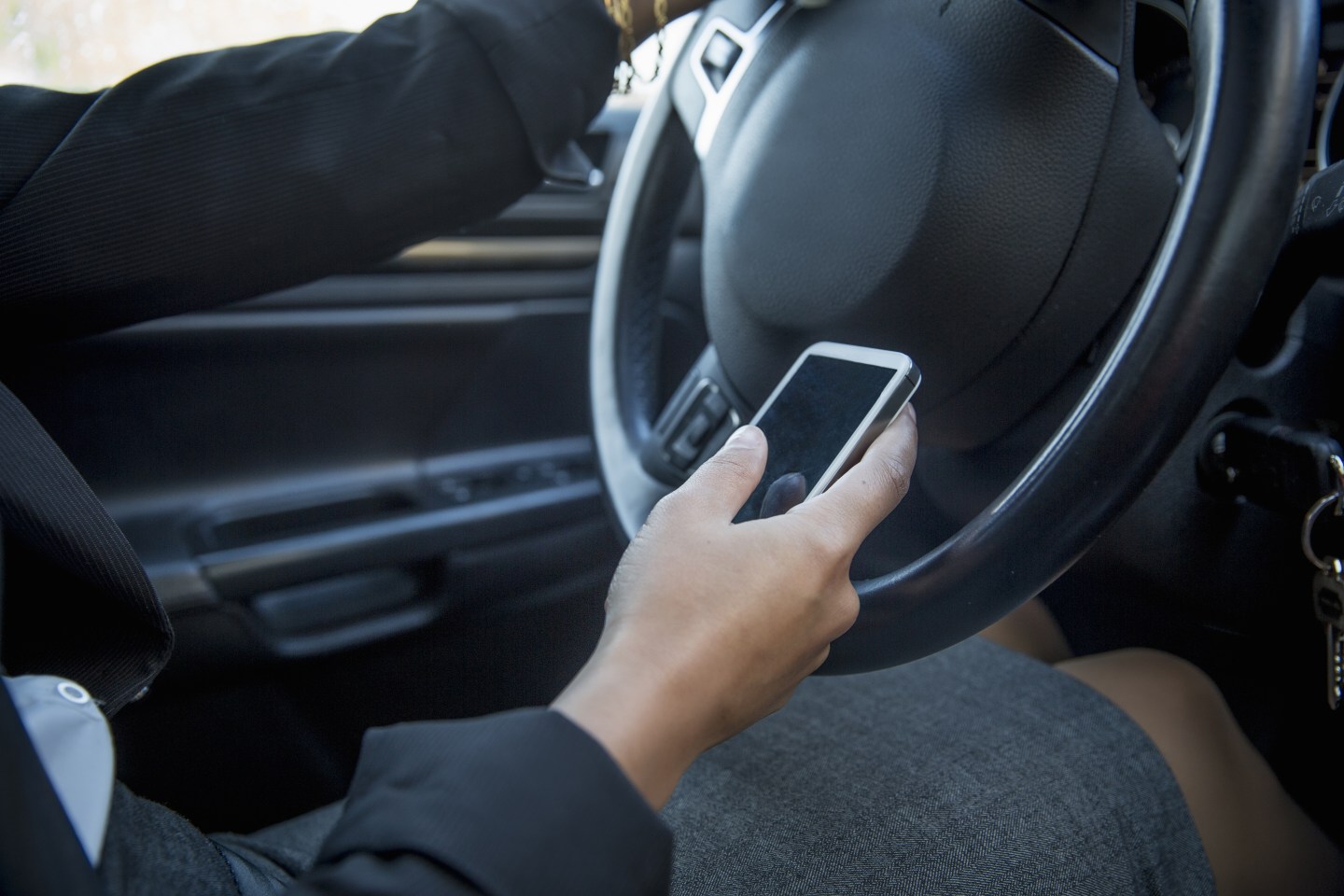 Move over Breathalyzer: A new tool to combat distracted-driving tool may be coming to town.

A New York State Senate committee is considering a bill that would provide a tool to police officers for determining whether drivers had been using smartphones near the time of their collisions. The bill, which was introduced last week by State Sen. Terrence Murphy (R-Westchester) and Assembly Assistant Speaker Felix Ortiz (D-Kings), is known as “Evan’s Law,” and would arm law enforcement with a so-called “Textalyzer,” a device similar to a breathalyzer.

The Textalyzer would be a tool police officers could plug into smartphones, according to ArsTechnica. It would immediately determine whether drivers had been using their smartphone to text, surf the web, or make calls around the time of a crash. No warrant would be required, according to the current form of the bill, though it’s unknown whether drivers could refuse to have their devices analyzed.

In a world fraught with privacy concerns, the legislators were quick to note that the Textalyzer would only tell officers whether people had been using their phones while “keeping conversations, contacts, numbers, photos, and application data private.” Civil rights groups would likely raise serious questions about any such device.

The bill, believed to be the first of its kind in the country, comes at a time of heightened concerns about the dangers of texting and driving. Indeed, many states have banned holding mobile devices while driving, arguing that using the devices increase the risk of accidents. Organizations, including the Distracted Operators Risk Casualties (DORCs) group, which is helping to push the bill through the State Senate, have formed to combat distracted driving and increase awareness about its impact.

“According to the National Safety Council car crash statistics spiked significantly this year and that is the first increase after ten years of steady decline,” DORCs co-founder Deborah Becker said in a statement. “Since drunk driving is down and today’s cars are built better than ever, the addition of mobile devices in our lives becomes the most likely reason for this sudden increase.”

The National Safety Council also noted last year that cell phone-related collisions rose for the third consecutive year and accounted for over a quarter of all crashes in the U.S. The total includes texting while driving as well as talking on the phone. Interestingly, the organization found that even hands-free talking does little, if anything, to combat collisions.

Still, the privacy implications of a Textalyzer are much greater in light of the FBI’s recent fight with Apple over whether it could compel the company to help it access data on a smartphone. While the legislators noted that the Textalyzer tool would ensure privacy, they’re enlisting the help of Cellebrite, an Israel-based company believed to have worked with the FBI to help unlock the iPhone 5C used by San Bernardino attacker Syed Farook.

For more about text messaging, watch:

Cellebrite, which stayed silent about the Apple (AAPL)-FBI case, said in a statement with the legislators that it’s looking forward to working with New York State and other states across the country to “curb distracted driving.” The company didn’t say what kind of tool it might use to evaluate smartphones, but its CEO, Jim Grady, noted that Cellebrite already offers forensics for law enforcement, called UFED Field.

According to Cellebrite’s site, the UFED Field series includes two “components,” including one, called InField, that is capable of quickly extracting data from smartphones.

It’s unclear whether the UFED Field series would be used or whether Cellebrite would build a new tool from scratch. However, if Cellebrite uses UFED InField, it would likely block access to the aforementioned call logs and other information so that law enforcement can only see whether the device was used around the time of a collision.

Still, the proposal, which was named after DORCs co-founder Ben Lieberman’s son, Evan, after he was killed by driver who was texting, has a long way to go before it becomes law. The bill would need to move from committee to the “On Floor Calendar.” If it’s then passed by both the Senate and Assembly, Gov. Andrew Cuomo would need to sign it into law. And even then, it’ll only impact New York State drivers.

Until all that happens, don’t expect to find a Textalyzer on the roads anytime soon. But watch out for those breathalyzers.