This Is Why Shares of Juniper Networks Are Sliding 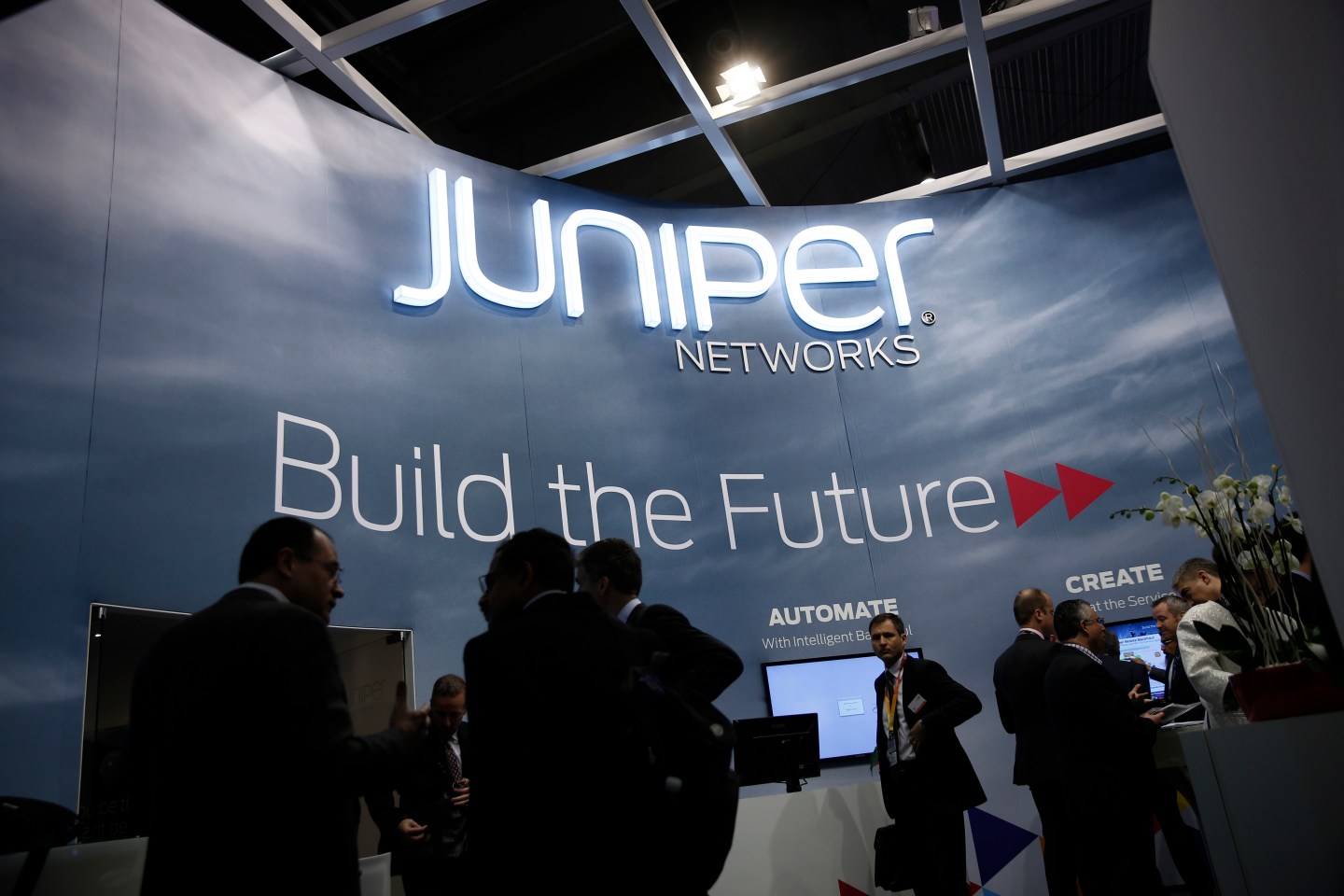 It was a dark start to the earnings season when cybersecurity and hardware maker Juniper Networks (JNPR) posted a preview to earnings Monday, cautioning investors to expect a weaker first quarter due to lower demand for its computer network for businesses.

Enterprise networks accounted for a third of fiscal year 2015 revenue.

The news triggered a spate of downward revisions to the stock’s price target from investment banking firms, and dragged shares down by nearly 10% in early trading Tuesday. UBS also downgraded Juniper from Buy to Neutral, cutting the price target from $31 to $25.

For the quarter ended March 31, 2016, Juniper Networks cautioned that investors should expect lower revenue of $1.09 billion to $1.10 billion, on adjusted earnings per share in the range of 35 cents to 37 cents. Analysts were expecting profits of 45 cents per share on revenue of $1.18 billion, according to Thompson Reuters.

“Although we expect results to be lower than our initial guidance for the first quarter, we remain constructive on fiscal 2016 and expect growth from new products to contribute to our topline,” said CEO Rami Rahim in a statement. He added that the company would also seek to reduce expenses in order to expand profit margins.

Though the company beat both third and fourth quarter earning, some analysts still aren’t convinced the company has what it takes to break out of its funk.

“We have longer-term structural concerns with Juniper being caught between a much larger Cisco (CSCO) and a more nimble Arista,” wrote a team of UBS analysts lead by Steven Milunovich, who also noted that they were surprised by the negative earnings preview. “We don’t see Juniper growing revenue meaningfully in the enterprise.”

Milunovich also noted the enterprise sales for Juniper seemed to be stagnating. Those figures clocked in at $1.6 billion in 2015—the same level as 2011. He also wrote that Juniper lacked strong distribution channels, and unlike most of its peers, does not have wireless LAN products—something that is being demanded increasingly by consumers.

Robert W. Baird lowered the price target from $25 to $24 while reiterating a neutral rating, while Stifel Nicolaus lowered its target price from $34 to $28. According to Bloomberg, about 32% of analysts have a buy rating of the stock while 65% have a hold rating. Just 3% have placed a sell rating on the stock.

Shares of the company have fallen nearly 8% in the past 12 months.