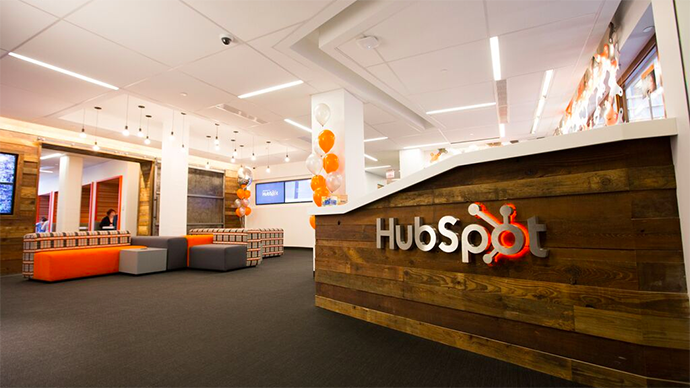 “Disrupted” was officially released at the beginning of April, although Fortune ran a lengthy excerpt in late March. Since the excerpt was published, HubSpot’s stock is down more than 14%.

In short, Lyons accuses the Cambridge, Mass.-based company of having a shoddy product, capricious management and a homogeneous culture steeped in ageism. The epilogue also contains information about how two senior Hubspot executives ― to whom Lyons reported ― left the company (one was fired, one resigned before he could be fired) for allegedly seeking to obtain a copy of his book via illicit means.

In their response, Halligan and Shah begin by saying that they want to provide their “honest take” rather than a “take-down” of the book. And while it is true that they take the high road vis-a-vis Lyons, they also do not respond to some of his more serious complaints.

For example, there is no response to (nor even a mention of) the ageism claim. They do note that the average employee age is 29 and that Hubspot employs 85 people over the age of 40, but doesn’t add that those “85” comprise just 7% of the company’s total workforce.

There also is zero mention of the two former executives Mike Volpe and Joe Chernov who are mentioned in the book’s epilogue, nor of any of Lyons’ specific experiences at the company (save for his hiring).

Halligan and Shah do take some time defending HubSpot’s history of losses (“there’s usually a tradeoff between growth and profitability”), culture (HubSpot was awarded #4 best place to work in the U.S. in the most recent Glassdoor rankings”) and inbound marketing products (“it does work and it is the exact opposite of spam”).

We were upset when we first read the book. We wish the book hadn’t been so harsh towards individual people from the HubSpot team. They are smart, hard-working and caring people that didn’t deserve it. But negative emotions have a relatively short half-life with us. Our emotions have been dissipating quickly and we think they’ll asymptotically trend towards zero over time. Besides, life is too short to hold grudges.

You can read their entire post over at Shah’s LinkedIn page.