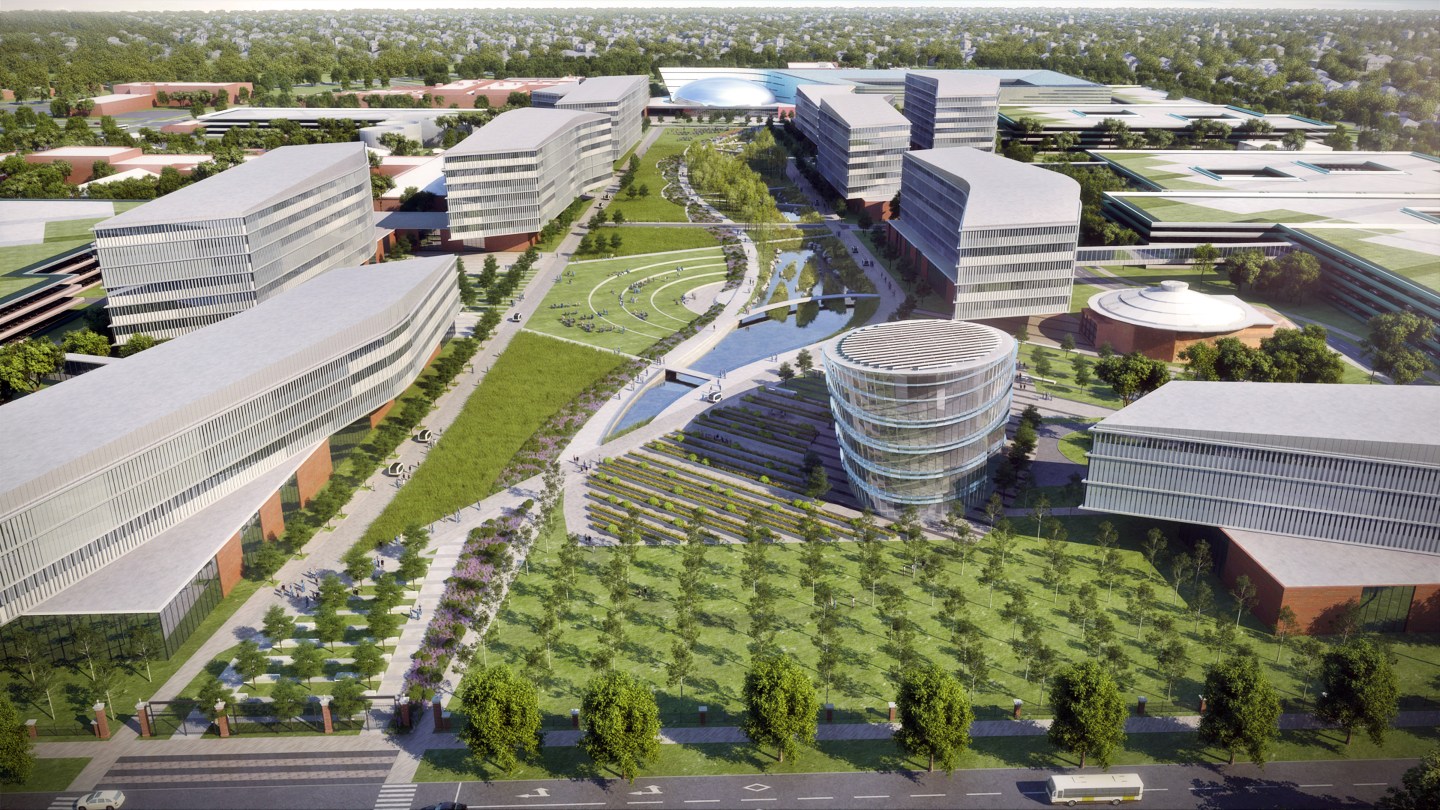 Collaboration among Ford employees often requires jumping into a car and driving to one of the 70 company buildings spread throughout Dearborn, Mich. right now.

But the automaker unveiled plans on Tuesday to bring all of those employees to one high-tech campus, a visible symbol of Ford’s attempt to modernize and transition into a corporation that does more than make and sell cars.

The massive construction project, encompassing more than 7.5 million square feet of work space to be rebuilt and upgraded, will take a decade to complete. Once finished, all of Ford’s approximately 30,000 employees will be housed across two locations on one sprawling campus. That will consist of a product area to include a new design center and another section around the current Ford global headquarters. The campus will include all of the requisite features found on many Silicon Valley-based tech companies, such as walking paths and trails, on-demand shuttles, eBikes, wireless connectivity speeds up to 10 times faster than today, and even autonomous vehicles.

Construction of the new product campus begins this month at the Ford Research and Engineering Center, which currently houses 12,000 employees. When complete, the center will accommodate 24,000 employees. The majority of work is expected to be complete by 2023, Ford says. Major work on the second campus around Ford World Headquarters will break ground in 2021 with a scheduled completion date in 2026.

A new 700,000-square-foot silver-domed design center will serve as the focal point of the campus, housing new studios and an outdoor design courtyard. Ford will upgrade its historic 14,000-square-foot Ford Design Showroom to be used as an event venue.

Ford CEO Mark Fields explains why the company is in Silicon Valley: