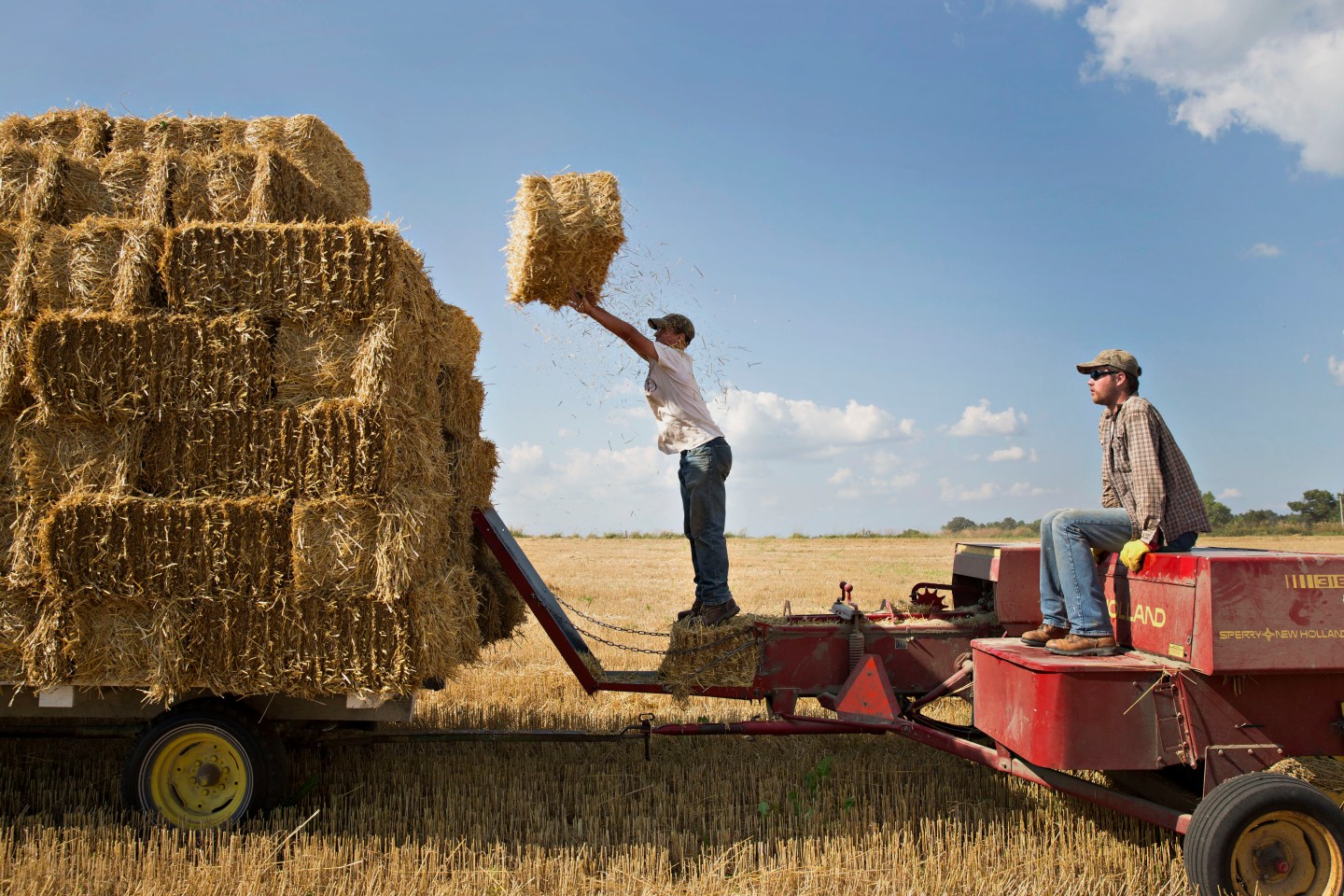 Farm hands stack bales of straw as they are collected in a field of where soft red winter wheat had been harvested in Kirkland, Illinois, U.S., on Thursday, July 23, 2015. Photographer: Daniel Acker/Bloomberg
Photograph by Daniel Acker—Bloomberg Finance LP

In the midst of one of the worst agriculture slumps in years, farmers are forecast to receive the most government aid in a decade.

As crop prices continue a downward trend, U.S. farms are projected to receive around $13.8 billion in federal payments this year, according to the U.S. Department of Agriculture. That’s 25% of the total profit that farmers are expecting to reap this year, the largest amount paid and the highest ratio since 2006, reported Bloomberg.

That aid is expected to help stabilize farmers who are experiencing dropping profits. Net farm income is forecast to be around $54.8 billion this year, down 3% from last year, and the lowest since 2002, according to the USDA. It’s also a decrease of 56% from its record-high of $123.3 billion in 2013.

The drop in profits for farmers can be traced to the increase in the global output of crops, and the corresponding drop in prices. Commodities such as corn and soybean, two of the most widely produced crops in the U.S., have been steadily decreasing in price over the last five years, and are so cheap that farmers will probably lose money on every acre they plant this season, reported Bloomberg.

“This is a sign of a weak farm economy that is much weaker than even a couple years ago,” Patrick Westhoff, director of the Food & Agricultural Policy Research Institute at the University of Missouri in Columbia, told Bloomberg.