These Huge Companies Want to Give Ex-Cons a Second Chance 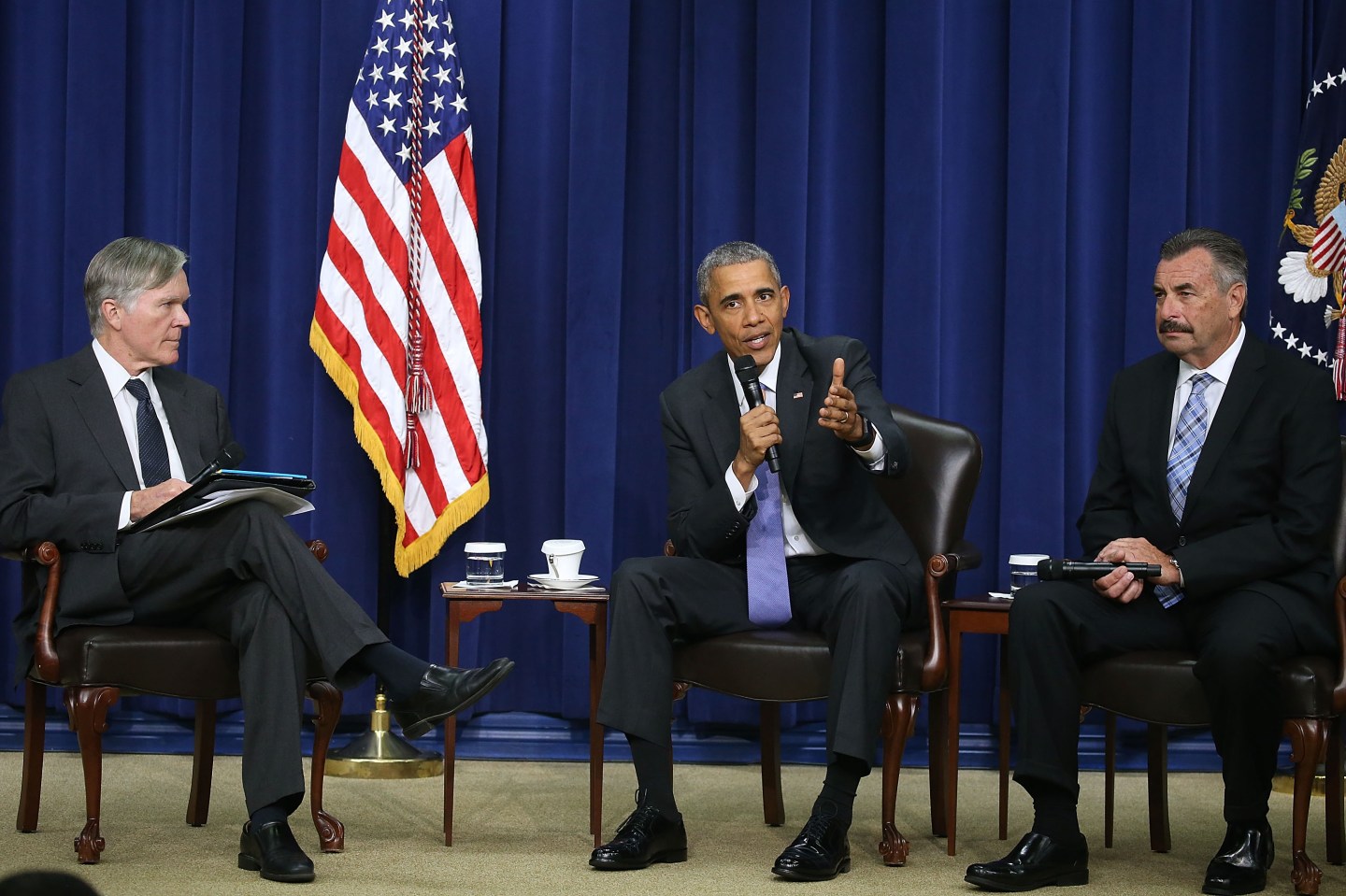 A group of companies including Facebook (FB) and Koch Industries is pledging to give ex-cons a second chance.

The 19 major companies convened at the White House Monday, where they pledged to overhaul their hiring practices to lower the barriers to employment for those with a criminal record. Under the Fair Chance Business Pledge, the companies agreed to take measures such as “banning the box,” or delaying questions about an applicant’s criminal record until it can be placed in context.

President Obama’s push to reform the criminal justice system, which includes easing ex-cons’ re-entry into society, has received support from both sides of the aisle. The arch-conservative Koch brothers, who control Koch Industries, have made criminal justice reform a priority, too; over the past decade, the Kochs have poured seven figures worth of donations into the cause, according to the Atlantic.

“We believe that we shouldn’t be rejecting people at the very start of the hiring process who may otherwise be capable and qualified, and want an opportunity to work hard,” Koch Industries and its subsidiary Georgia-Pacific said in a joint pledge, according to the White House. The other companies in attendance echoed those sentiments their pledges.