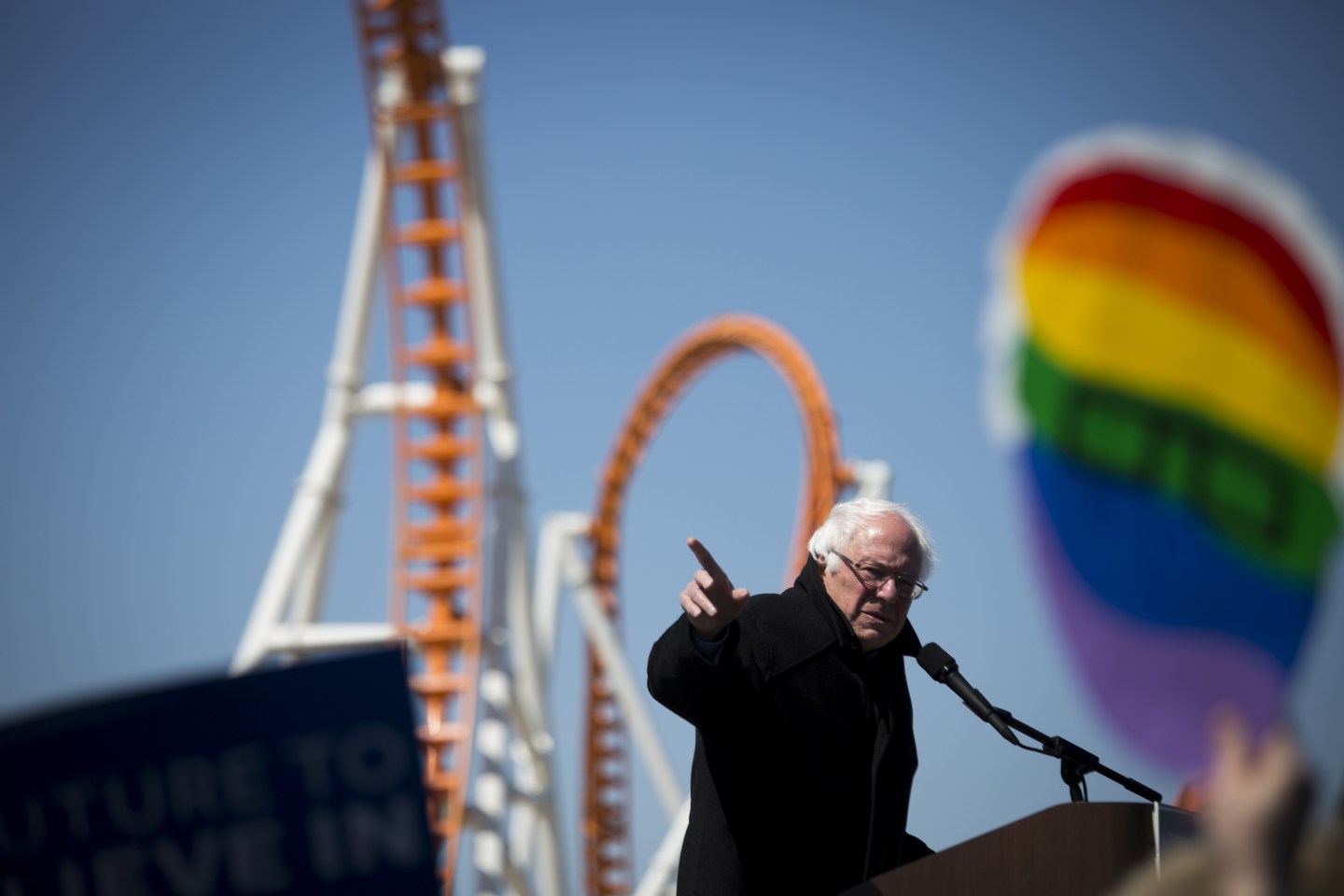 Senator Bernie Sanders, an independent from Vermont and 2016 Democratic presidential candidate, speaks during a campaign event in the Brooklyn borough of New York, U.S., on Sunday, April 10, 2016. Sanders secured his seventh consecutive nominating-contest victory after voters caucused in Wyoming, to give his campaign a fresh shot of momentum heading into New York's pivotal primary later this month. Photographer: John Taggart/Bloomberg via Getty Images
Photograph by John Taggart—Bloomberg via Getty Images

Bernie Sanders headed home on Sunday to Brooklyn, New York for a campaign event at Coney Island where he was introduced by the former lead singer of R.E.M. and a well-known Sanders supporter, Michael Stipe.

The singer prefaced Sanders’ appearance with a four minute speech explaining why he supports the Democratic candidate. Stipe told rally-goers that he sees Sanders as “a man with an unflappable position on issues that are important to [him],” including LGBT rights and climate change.

“Whether we’re talking about pay equity, a living wage for all full time employees, or making sure Main Street doesn’t suffer because of Wall Street,” Stipe said, “Bernie Sanders walks the walk and talks the talk in terms of fairness.” Sanders has made breaking up big banks a large part of his campaign platform, though he struggled last week to explain just how he would accomplish that. The New York primary is scheduled for April 19, and Hillary Clinton appears to have a wide lead over the Brooklyn-born senator.

This is the second time R.E.M. has been in the news in connection to this election cycle. In September, after Donald Trump used one of their songs during a campaign event, Stipe had some strong words for the Republican candidate while the band reminded fans on their Facebook page to “not allow grandstanding politicians to distract us from the pressing issues.”