Here’s Why Shares of Hertz Have Stalled 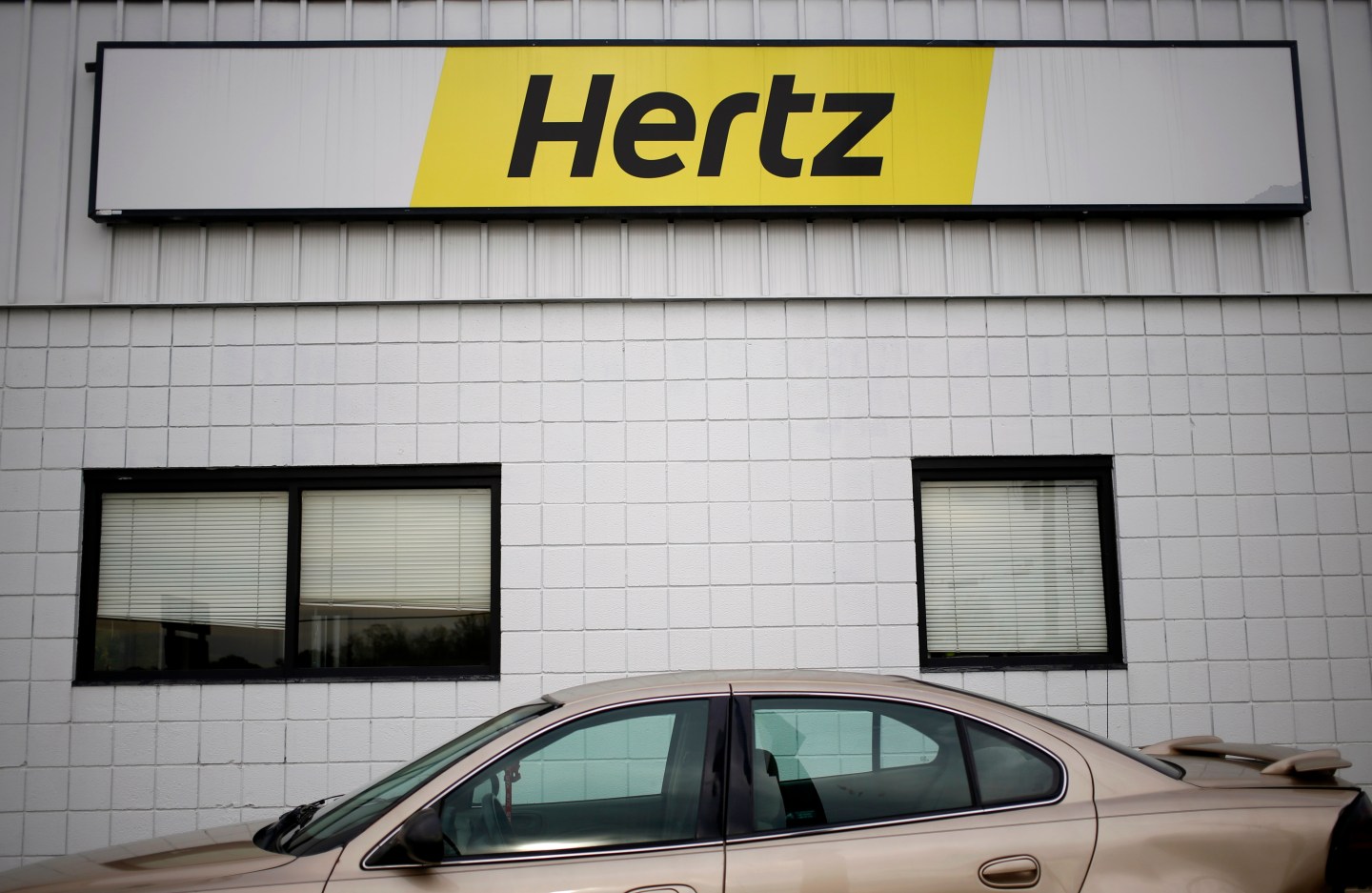 A vehicle sits parked outside a Hertz Global Holdings Inc. rental car and sales location in Louisville, Kentucky, U.S., on Friday, Nov. 6, 2015. Since taking over as chief executive officer almost a year ago, John Tague has brought in top managers from the airline industry, as well as with expertise in accounting and revenue management. Tague has said Hertz is making progress during a transition year as he tightens up the books and steps up operations. Photographer: Luke Sharrett/Bloomberg via Getty Images
Photograph by Luke Sharrett — Bloomberg via Getty Images

The news pulled shares of Hertz Global (HTZ) down as much as 12% to $8.55 in mid-day trading Monday and also dragged on shares of fellow car rental service, Avis Budget Group (CAR) to $22.85. It’s the second time this year Hertz has revised 2016 forecast downward.

For the first quarter of 2016, Hertz expects U.S. rental revenue per available car in the period of a day (a key metric for car rentals) to fall 2.5% to 3.5% in comparison to the same period a year earlier, while transaction days are expected to show “low single-digit growth.”

As a result, Hertz says fiscal year 2016 rental revenue should be flat or down 1.5%. The company previously reported an increase of 1.5% to 2.5%. Despite the downward revision, Hertz reiterated its fiscal year 2016 guidance for adjusted earnings per share of 95 cents to $1.10.

“We are disappointed that the pricing pressure experienced late in 2015 further intensified in the first quarter of 2016,” said Chief Executive John Tague in a statement. “We believe that industry capacity will likely moderate as seasonal demand improves establishing the foundation for a relative improvement in pricing as we head into the peak summer season.”

The downward revisions comes against a backdrop of several months worth of disappointment for investors. Hertz had to restate three years worth of financial results due to an accounting error in 2014, and fell short of analyst expectations in the third quarter—though it managed to hit consensus in the fourth. The stock has shed over 58% of its value over the past 12 months.

Not all analyst say the softer 2016 guidance is necessarily a sign of long-term problems, however. Deutsche Bank analyst Chris Woronka, who reiterated a buy rating on Hertz with a price target of $18, notes that Hertz was expected to have a weak first quarter. Now it’s a question of whether the car rental industry can rebalance the fleet oversupply by selling off its car inventory. The bank also noted that while car rental companies may have tried to sell off cars in the past few months, they might have been unable to “due to unfavorable auction market conditions.”

Which seems to be another problem of too much supply.

That could reflect a rough trend in the U.S. economy as a whole: The weak retail sales report for February and January, which showed that sales dropped o.1% and 0.4% respectively. Those figures suggest that consumers are saving the money from the gas pumps rather than spending it. Meanwhile, the inventory-to-sales ratio edged up to its highest level since 2009—”suggesting inventories could remain a drag on growth in the near term,” Reuters reported.