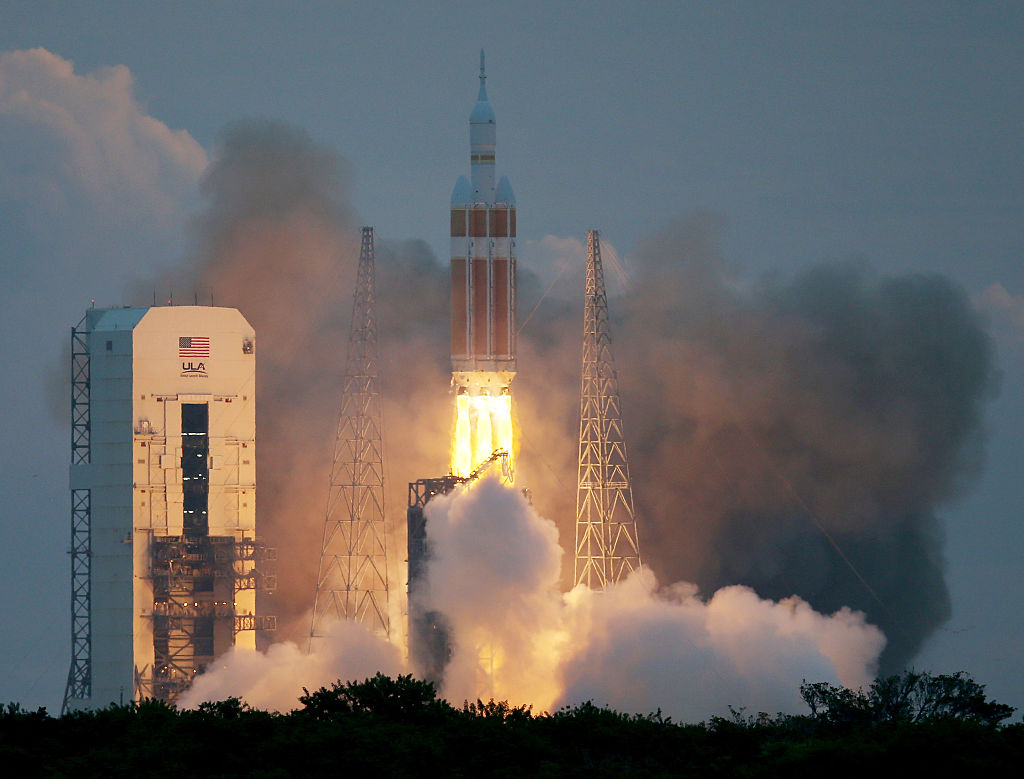 CAPE CANAVERAL, FL - DECEMBER 05: The United Launch Alliance Delta 4 rocket carrying NASA's first Orion deep space exploration craft takes off from its launchpad on December 5, 2014 in Cape Canaveral, Florida. The heavy-lift rocket will boost the unmanned Orion capsule to an altitude of 3,600 miles, and returning for a splashdown west of Baja California after a four and half hour flight. . (Photo by Joe Raedle/Getty Images)
Photograph by Joe Raedle via Getty Images

The Pentagon will need to buy up to 18 more Russian-built RD-180 engines to power rockets carrying U.S. military satellites into space over the next six years or so, Deputy Defense Secretary Robert Work said in an interview on Friday.

Congress banned use of the Russian RD-180 rocket engines for military use after 2019, following Russia’s annexation of the Crimea region of Ukraine in 2014.

But U.S. lawmakers eased the ban late last year, worried that it could drive United Launch Alliance, a joint venture of Lockheed Martin (LMT) and Boeing (BA), out of business and leave only privately held SpaceX to lift satellites into space.

Work said the United States needed to ensure there were at least “two affordable and reliable means into space.” He added the RD-180 would be needed only during what he described as a transition period of new domestic rocket engine development.

“We just don’t see any way you can get a new engine in anything less than six years,” Work said.

“And so, therefore, in the transition period, we believe strongly that we need RD-180 space engines. No more than 18 but, you know, that’s our position.”

For more on space travel, read:

McCain said last month that two Russians placed on the U.S. sanctions list because of events in Ukraine were leaders of Russian space agency Roscosmos, which he said was the parent of the company that makes the RD-180 rocket.

ULA has said it was moving forward with two companies developing their own U.S. engines, Blue Origin and Aerojet Rocketdyne Holdings, but such development programs were difficult and took years to complete.