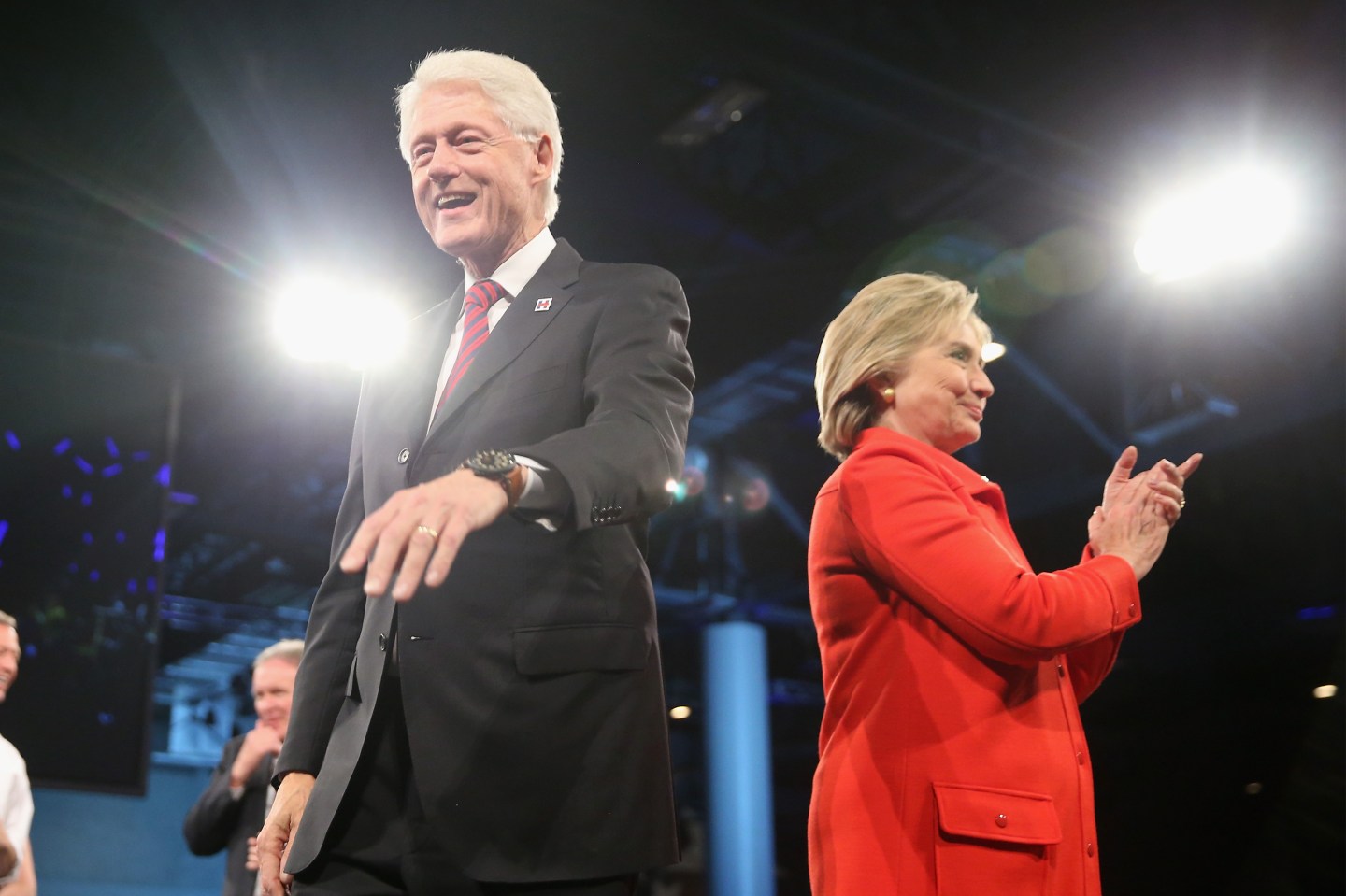 Bill Clinton has made himself uncharacteristically scarce this election season. Unhappily for his wife, he crashed back into the news at the end of this week, angrily counter-confronting Black Lives Matter protesters at a rally in Philadelphia on Thursday and then offering a feint at regret on Friday (“I almost want to apologize,” he said.). The proximate cause was the ongoing relitigation of his administration’s anti-crime efforts, seen by a new generation of liberals as spawning an era of racially skewed mass incarceration.

But for the 42nd president, so long the irrepressible Big Dog of the political scene, the moment must have offered some deeper catharsis. He’s spent the better part of a year holding himself in check while Hillary Clinton has disavowed much of his record, piece by piece. The Democratic Party she seeks to lead is rediscovering lefty instincts he banished a generation ago as the young tribune of an ascendant centrism, and she is adjusting accordingly.

Candidate Hillary now talks up the need for criminal justice reform to undo the 1994 crime bill her husband championed; decries the wages on American workers of NAFTA and subsequent free-trade deals he ushered in; and calls for cracking down on a financial sector he helped deregulate. Her evolution appears aimed at least in part at keeping faith with younger Democrats, a bloc that’s nevertheless rejecting her, en masse, in favor of a septuagenerian with a ‘60s vintage message. (In Wisconsin on Tuesday, Bernie Sanders won a whopping 82% of voters under 30.) So Bill could be forgiven if he’s feeling a bit lost in the party he once defined.

For Hillary, though, his legacy continues to exert a mostly complicating pull. She touts the economy’s performance under his presidency — “23 million new jobs, incomes went up for everybody, not just folks at the top” — and dispatches him selectively on the trail. But through an unexpectedly tough primary slog, she’s been keen to cast herself as the guardian of Obama-era gains rather than her husband’s second coming. The balance she strikes in the fall campaign will reveal how far the party moved from one Clinton to the next.