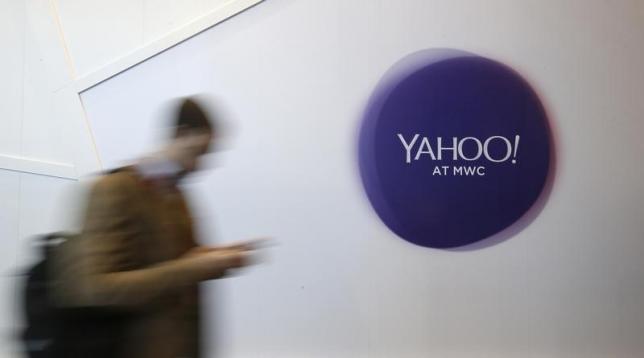 A man walks past a Yahoo logo during the Mobile World Congress in Barcelona, Spain February 24, 2016. REUTERS/Albert Gea
Photograph by Albert Gea — Reuters

The auction for Yahoo (YHOO) is a leaky one, and I get the sense that Yahoo’s sell-side bankers are eager to make the bidding seem competitive. (We all know in our hearts it’s going to Verizon, right?) Why else would we get updates naming new, unlikely bidders on the daily?

For example, the New York Post last week reported that SoftBank was working on a bid. That seems unlikely given (A) the complications involved with SoftBank’s own stakes in Yahoo Japan and Alibaba, (B) the fact that SoftBank’s leader-in-waiting Nikesh Arora passed on the chance to run Yahoo because, in his words, he didn’t know how to fix it, and (C) the fact that SoftBank leadership is slightly pre-occupied with another tech turnaround — Sprint.

Yesterday, Bloomberg reported that Google parent Alphabet (GOOG) is considering a bid for Yahoo. That also seems unlikely: Google is still undergoing antitrust investigation for its dominance of the search market in Europe, so it’s likely to steer clear of anything that looks like search or digital advertising (ahem, Yahoo). Beyond that, the company’s M&A machine slowed down significantly in 2015, making it the company’s slowest year for deals since 2009. Call it “digestion” or call it Ruth Porat’s new era of fiscal responsibility. Either way, Alphabet is more focused on making its “moonshot” and “other bet” acquisitions profitable, not rescuing competitors from Silicon Valley’s island of misfit toys.

Lastly, this morning we have a slightly desperate-sounding gem from the Post about Yahoo’s patent “gold mine,” which is worth $3 billion to $4 billion and has bidders in a tizzy. Any buyer that wants Yahoo for its patents is not interested in saving this company. Yahoo may have some new, valuable patents, but my guess is that, like the ones AOL divested for $1.1 billion in 2012, most of them are from the ’90s and so vague they could encompass any activity on the Internet. Meaning only a troll would try to enforce them. Yahoo even tried its hand at patent trolling in 2012 on Facebook (FB). It didn’t yield any notable windfall; the lawsuit was settled out of court a few months after CEO Scott Thompson was pushed out for lying on his resume.