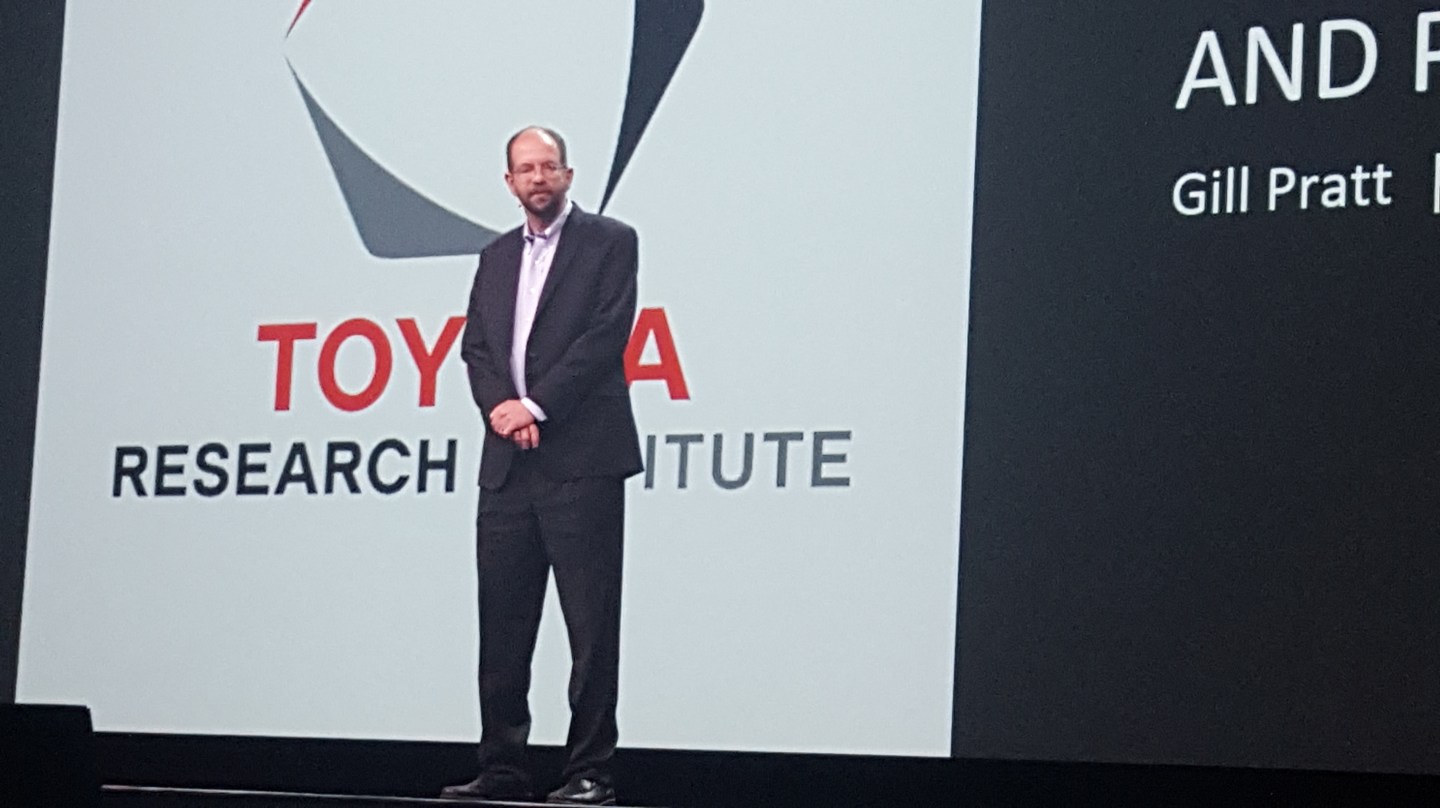 Toyota (TOYOF) will expand the footprint of its artificial intelligence and robotics research center by adding a third facility in Ann Arbor, Mich.

Gill Pratt, CEO of the Toyota Research Institute, made the announcement on Thursday during his keynote speech at Nvidia’s GPU Technology Conference in San Jose. The Ann Arbor facility will be located near the University of Michigan, where it will fund research in artificial intelligence, robotics, and materials science.

Last year, the world’s largest automaker said it would invest $1 billion over the next five years in a research center for artificial intelligence to be based in Palo Alto, Calif. The institute aims to bridge the gap between research in AI and robotics in order to bring this technology to market. The technology is largely being developed for self-driving cars, but the institute is also researching and developing AI products for the home.

TRI opened two locations in January, both near universities with which it is partnering. The Palo Alto location is located conveniently next to existing AI partner Stanford University, while a second site in Cambridge, Mass. is near the Massachusetts Institute of Technology.

The Ann Arbor location is scheduled to open in June with a staff of approximately 50 people. Roughly 60 people are working for TRI right now with more being hired every week, Pratt told Fortune in an interview at the GPU Technology Conference. Ultimately, the Palo Alto facility will employ 150 people.

The Toyota Research Institute is working on developing fully autonomous (or chauffeured) driving and what it’s calling “guardian angel” driving, which is when the driver is always engaged but the vehicle assists as needed.

TRI is taking an interesting approach to self-driving cars. While the company will develop fully autonomous cars to serve an aging population and the disabled, it’s also working on technology for regular production cars that could switch between assisted and full autonomy. That might not seem unique, but it is because unlike other automakers that might have drivers hit a button to switch in and out of full autonomous mode, Toyota would have it operate silently in the background. The “guardian angel” would step in and take control of the car to avoid an accident.

The Ann Arbor research site will focus primarily on fully autonomous driving, researchers in Palo Alto will work on “guardian angel” driving, and the Cambridge location will dedicate a large portion of its work to simulation and deep learning.

Pratt said the company opened a third location to access experts in artificial intelligence and robotics. “People don’t want to move,” observed Pratt, who was the previous program manager at the U.S. Defense Advanced Research Projects Agency. “It’s really that simple; you have to set up shop where the talent is and these are the three places we felt are the best.”

Two Toyota Technical Centers, which have been conducting research on autonomous cars for more than a decade, are also located in the area. About 15 technical center employees will transfer to the Toyota Research Institute’s new Ann Arbor facility. U-M Professors Ryan Eustice and Edwin Olson are joining to focus on mapping and perception, technology required for self-driving cars.