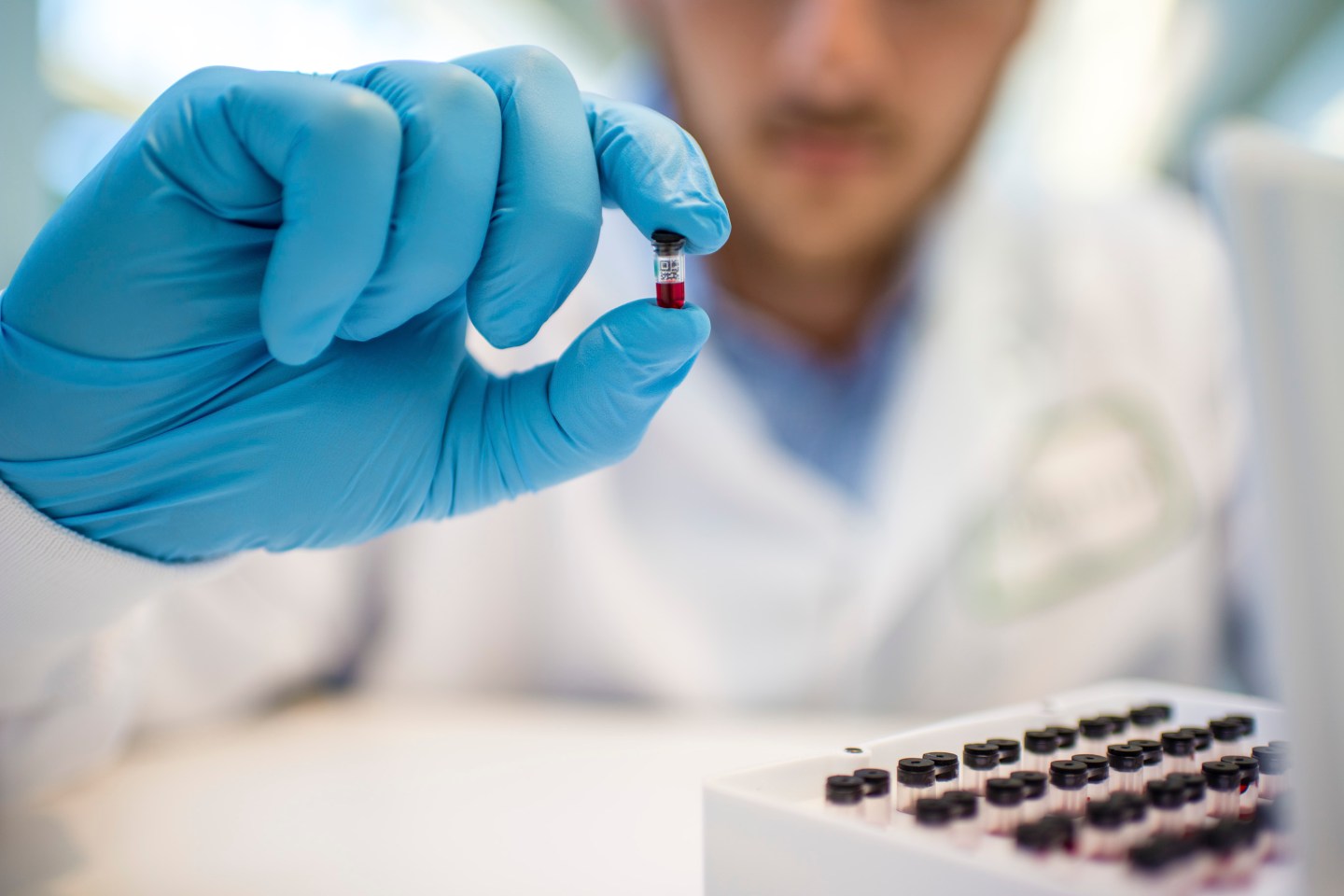 Theranos, the troubled diagnostic startup, announced on Thursday that it has assembled a startlingly well-qualified medical advisory board.

Though two members have held advisory positions with Theranos since 2014, five of the six new members are either past presidents or past board members of the American Association for Clinical Chemistry, and four are professors in pathology or clinical chemistry—precisely the sort of guidance a company like Theranos needs. A press release is here.

New board member Jack Ladenson, for instance—a professor at Washington University School of Medicine in St. Louis—was described to me in an interview with Stephen Master, a director of clinical chemistry at Weill Cornell Medical College, as “one of the grandfathers of lab medicine” in the country.

“If they’ve been able to put together a board that has this level of talent in the science of lab medicine,” says Master, “then it’s clear something has fundamentally changed.”

“It’s very encouraging,” says K.T. Jerry Yeo, a pathology professor and medical director of clinical chemistry labs at the University of Chicago, though he adds that “it’s something they should’ve done from the get-go.”

Also, he continues, “it’s no substitute for getting their work published in peer-review journals”—i.e., having the reliability of Theranos’s methods verified by independent researchers through empirical studies.

Theranos has been reeling from a string of setbacks. The most recent one came last week, when a scathing, 121-page inspection report issued by the federal Centers of Medicare and Medicaid Services last January finally became public. The report fleshed out the myriad problems that led the CMS last January to find major “deficiencies” at one of Theranos’ two labs, including one that”posed immediate jeopardy to patient health and safety.”

CMS is now reviewing Theranos’ proposal to fix the problems and is weighing sanctions, which could range from a fine to pulling the lab’s license.

Master’s assessment of the quality of the new board is particularly noteworthy, since he told the Wall Street Journal just last week, when the full CMS inspection report surfaced, “This is the first time that we’ve actually seen data from the Theranos instrument, and it’s as bad as one would have worried it would be…. Based on this data, it’s hard for me to believe that they went live with this instrument and tested patient specimens on it.”

The conventional wisdom from the start was that such draws rendered less reliable results than traditional blood draws from the crook of the arm, known as venipuncture. Though Holmes has maintained that her proprietary inventions will allow Theranos to defy and overcome the conventional wisdom, she has refused to allow her technology to be subjected to peer-reviewed study, citing the need to preserve her trade secrets.

Despite the impeccable credentials of the new board, it’s not yet clear precisely what the newly formed group will be doing. The press release states that they will meet four times a year, and that its members will also “work alongside Theranos’s leadership and internal teams in various areas, including advising Theranos regarding the full integration of its technology into routine clinical practice, and publication and presentation in scientific journals and at scientific meetings.”

On the other hand, Theranos has made promises in the past that have not yet come to pass. Last October, it pledged to have the Cleveland Clinic, with whom it said it was “partnering,” perform and publish a peer-reviewed study of its proprietary technology. That hasn’t happened.

The press release does not quote any of the new board members commenting on what they saw.

Asked how much money and other compensation the advisory board members are being paid, spokesperson Brooke Buchanon responded in an email: “Compensation is based on a fair market value analysis consistent with industry guidance.”

The Theranos medical advisory board now includes the following members: