Uber’s Chinese Rival Could Be Worth $25 Billion Soon 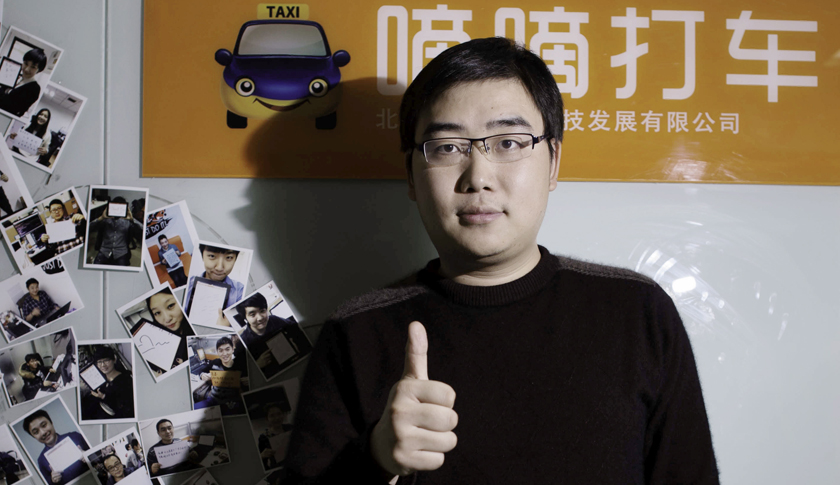 Cheng Wei, founder of the taxi booking app Didi Dache, poses during an interview in Beijing, China, 2 January 2014. Chinese taxi booking app Didi Dache has started off the new year with a bang, receiving a fresh round of $100 million in funding, according to Tencent Tech. Citic PE is leading the series C funding round with a contribution of $60 million, while tech giant Tencent follows with an investment of $30 million. In May 2013, Tencent gave $15 million in funding to the company. Didi Dache works like most other like-minded transportation apps in the US, though with some key differences. Chinese users in need of a lift can open the app and push a button requesting a ride, and drivers logged onto Didis system will in turn receive a notification. However, passengers can optionally add on tips of various sizes in an effort to entice the driver to come pick you up. Unlike Uber, the most-watched car-booking app on an international level, neither Didi nor the driver get to skim off the top of the payment. In most cases, transactions are conducted via cash.
Photograph by Imaginechina/AP

Uber’s Chinese ride-hailing rival is beefing up its war chests.

Didi Kuaidi, the homegrown ride-hailing company currently dominating the Chinese market, is in the midst of raising a new mega-round of funding that will push it valuation to at least $20 billion and possibly up to $25 billion. The Wall Street Journal reports that the company is seeking $1.5 billion in funding, though a source close to Didi tells Fortune that it will very likely be much more as the round is oversubscribed.

The funding will come from existing and new investors, Fortune has learned. Last summer, Didi Kuaidi raised $2 billion in funding from Alibaba and Tencent, among others, which placed its valuation at $16 billion. Shortly after, it was rumored to have added an extra $1 billion to its round.

Didi Kuaidi’s latest funding round comes as the battle in its home country is more intense than ever. Uber, the San Francisco-based service, has been investing heavily in its Chinese operations over the past year. Last summer, the company said that it will dedicate at least $1 billion dollars into its Chinese business, which is now valued at about $8 billion.

Nevertheless, Didi Kuaidi continues to dominate the market, though the two companies disagree on exact marketshare numbers. In October, Uber co-founder and CEO Travis Kalanick said that his company held 30% to 35% of the Chinese ride-hailing market, while Didi Kuaidi has touted analyst report that places Uber’s share at around $16%.

In the fall, Didi Kuaidi teamed up with fellow ride-hailing services Lyft, Grab, and Ola to take on Uber on an international scale. Through the partnership, the company’s customers will be able to book rides via other’s services when traveling.