Wall Street Dodged a Bullet on the Retirement Fiduciary Rule 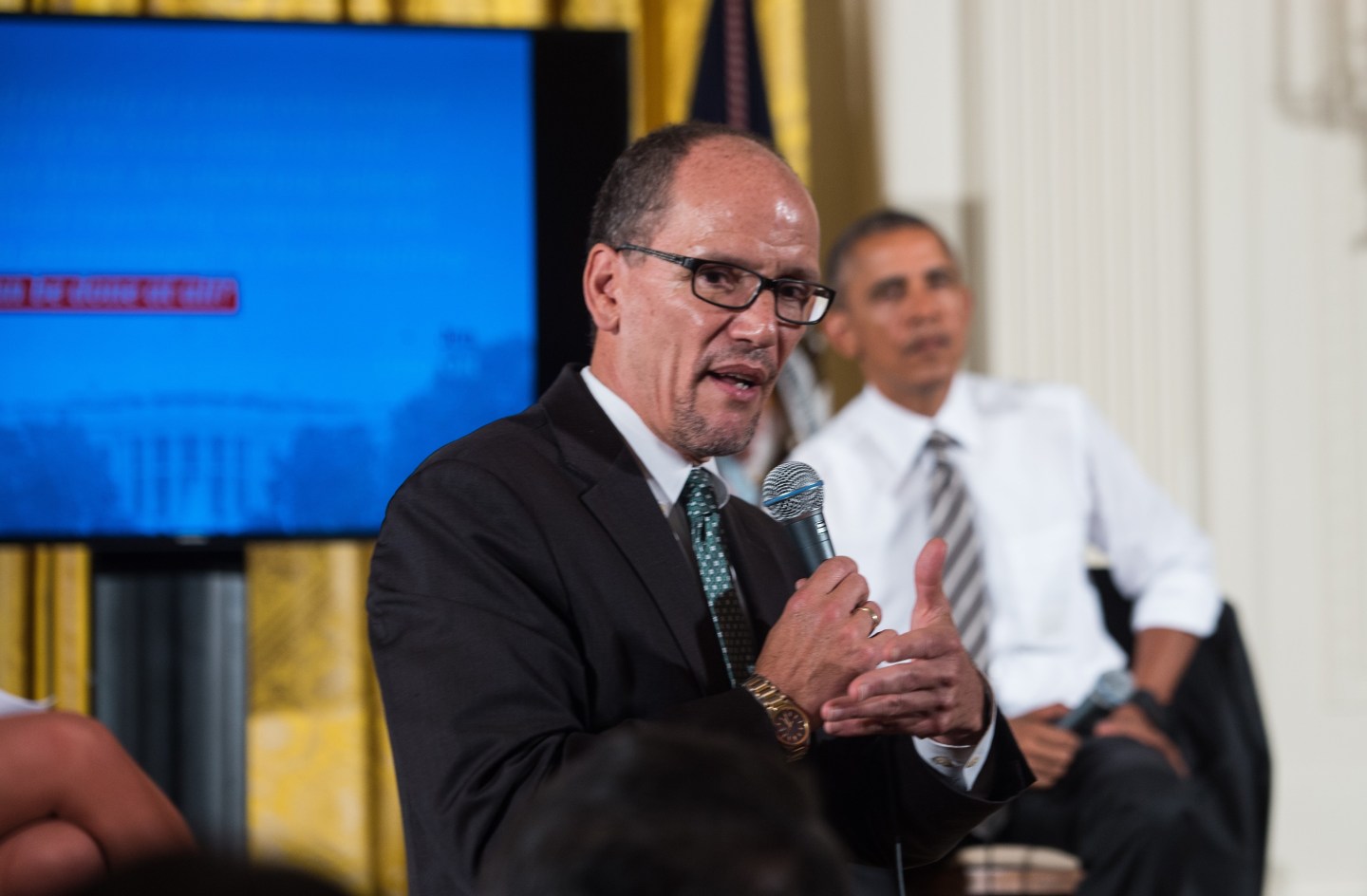 I spent yesterday at the Tiburon CEO Summit in lower Manhattan rubbing elbows with some of the most powerful people in the wealth management industry. But the name on everybody’s lips was actually an acronym: DOL.

The Department of Labor’s final “fiduciary rule,” on conflicts of interest in retirement savings, then just 24 hours away from being released, hung over the conference proceedings like a soupy fog. We all took turns describing what the shape of it might be and enumerating the potential impact to each other’s business models, like the proverbial blind men sizing up an elephant.

For the last year or so, the industry has been bracing for the new rule, expecting a punch in the face that would force a dramatic overhaul of how they dealt with their customers, and complaining loudly and often dishonestly about how much it would hurt them. Instead, they received a love tap, in the form of the rules announced by the Department of Labor today. Stocks like Ameriprise (AMP) and LPL Financial (LPLA), two of the brokerage firms that were said to have been most vulnerable, gapped higher as the details hit early this morning.

The industry and its lobbying groups haven’t had much to say about the rules so far, although that will probably change. All things considered, and in comparison with the rules as originally proposed last summer, they got off incredibly easy. In fact, the rule dovetails pretty nicely with changes that many companies on Wall Street have already been implementing for at least the last five years.

The rule doesn’t change very much on the ground. Existing accounts are largely left untouched and previously conducted transactions with the public will not require a lookback. The firms have years to get into compliance with the rule for new accounts and customer dealings, and the implementation will happen in phases.

For more on the markets, watch this Fortune video.

Mutual fund families, retirement plan architects, broker-dealers, insurance companies and the registered reps in the trenches will all sleep easily tonight. Virtually all of the products they sell, where conflicts are a given, will still be allowed under the new rule so long as additional disclosures are made and a “Best Interest Contract Exemption” or BICE is signed off on by the client. This will be no trouble at all: Just picture the speed with which you click “Agree” everytime iTunes does a software update, and you can imagine how little of an impediment this sort of thing represents. Existing clients who’ve already been sold a product that requires a BICE will merely need to receive a written notification rather than have to repaper their accounts.

Some of the big items the industry was most concerned with became non-events. There will not be a bias toward lower-cost funds vs higher-cost funds, so long as a justification can be made for their being recommended (quality, performance, etc). Advisors will still be able to sell the proprietary products of their own firm so long as they can enunciate the reason why these products are in their customers’ “best interests” – a hurdle whose height will probably be adjusted on a case-by-case basis as no one really knows what it means yet.

The rule will only be applicable for retirement assets. It’s been estimated that there are currently $1.7 trillion worth of IRA assets that hold products requiring the contract exemption to a fiduciary standard. Handling 401(k) rollovers may become less profitable, as there will be a real test for brokerages and advisories to be able to make recommendations that are a better option than what clients already had in place. It should be noted that this retirement account scrutiny will also apply to fee-only advisors who are already held to a fiduciary standard under current regulations. Rolling over a 401(k) account where the participant is paying an all-in cost of 60 basis points into a wrap account charging 1.5% will not exactly be a slam dunk going forward.

You’ll probably see fewer annuity sales, especially in those cases where there’s absolutely no legitimate need for an annuity other than the broker feels like paying himself a 7% commission on someone’s money that week.

Firms and advisors will still be able to say “hire me” without the marketing being held to a fiduciary test. The same will apply to general market commentary and public appearances, so long as individualized advice is not being given in that forum.

Overall, the industry will be fine. Business models will adapt, behavior will be nudged further toward fiduciary-like practices, and the public will probably be somewhat better off in the end. Lawsuits will ensure compliance, as will the glare of the spotlight that will accompany the rule’s implementation as it phases into law. Assuming the industry lobby doesn’t look a gift horse in the mouth, the whole thing could happen within 60 days with the phase-in period beginning in 2017.

And here’s what I think is the main point: The market has already been moving in this direction for the better part of the last decade. Consumer preference, advisor choice and the power of the internet have been driving many of the reforms needed, way in advance of what the Department of Labor released today. The new rules just speed up several industry mega-trends–the move toward pay-for-advice instead of pay-per-transaction, the mass exodus from expensive funds into cheap index products, the growth of the independent advisor versus the shrinkage of the brokerage channel.

We were heading toward a de facto fiduciary standard regardless. The DOL’s rule, assuming Congress or the next president doesn’t block it, carves out some exemptions that let brokers and insurance companies hold onto a bit more of their ground than they otherwise would have, for a little bit longer.

For this reason, I would say the biggest winners here are lawyers, followed by some consumers, followed by the advisory firms who want to go fiduciary (they all do) but just needed to buy more time to make the transition. Now they’ve got time and the ability to hang onto a few key profit centers thanks to the exemptions that have been “streamlined” into the final rule.

It’s a workable solution that the industry can live with. Perhaps the best thing to come out of it will be an increased awareness among the public and a change in attitude among the professionals who serve them. If that is the case, you can chalk this up as a minor win for everyone.