The Most Horrendous Lie on Wall Street 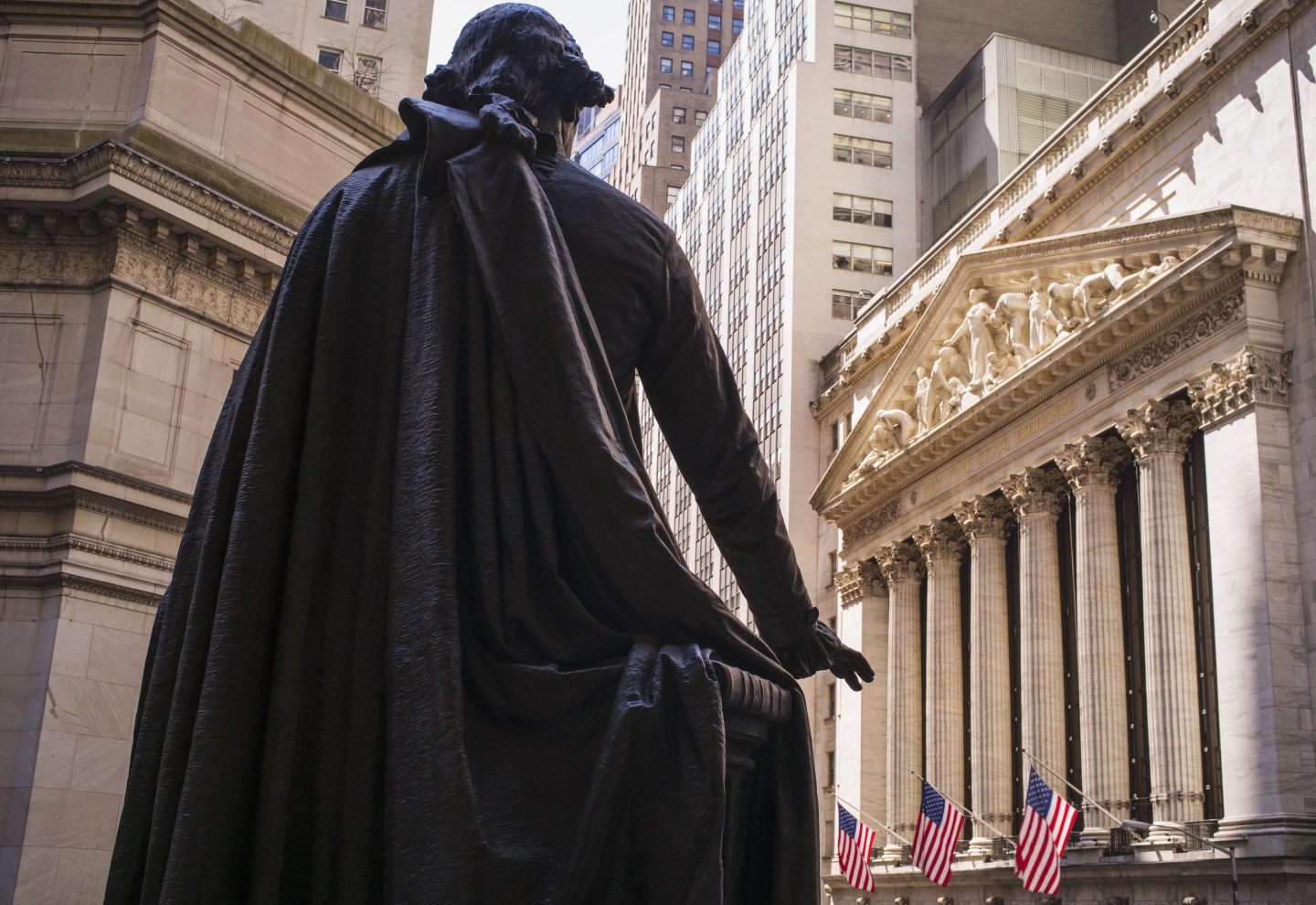 There’s a horrendous lie being told by the brokerage industry and its army of lobbying groups. It goes something like this:

“Middle-class Americans are not worth serving if we can’t charge them egregious fees and sell them products that they do not need.”

They’re not using that exact language, but this is precisely what they’re saying. This message disgusts me personally and I’m in a unique position to comment on it professionally. As I documented in my book Backstage Wall Street, the business model of selling investment products to investors is hopelessly rife with conflicts.

For the first half of my career, I was a cog in the machine, working at third-tier broker-dealers and selling products to the masses. I saw these conflicts firsthand. Over the years since, I’ve tried to get the truth out there about what I’d seen when Wall Street and Main Street collide. But the incentives that create bad behavior are still there. Under the current compensation regime, even the best intentioned brokers are continually put in a situation where what’s best for their own paycheck is not always what’s in their clients’ best interest. Brokers are routinely compensated the most heavily for selling the products that cost their clients the most in fees and lost performance.

In other industries, higher-priced products are typically superior in both quality and efficacy—think luxury watches and cars, or the difference between a roadside motel and the Ritz-Carlton. With financial services products, however, it works in exactly the opposite way. Virtually every single piece of academic research ever produced on the topic says that the less you pay for an investment product, and the simpler it is, the better off you’ll be over the long-term.

Wall Street knows this for a fact. It’s undeniable that high fees and excessive trading costs damage the long-term potential of a retirement account and work against investors. Unfortunately, the brokerage business is predicated on selling the higher cost solutions because that’s where the profit margins are. The incentives paid by fund companies to brokerage firm sales forces across the country are a cancer that must be rooted out. This built-in conflict between advisor and client is partially responsible for the nation’s looming retirement crisis. It also plays a role in the finance industry’s almost universally negative perception among Americans.

The good news is, we are at a crossroads. There’s a push right now from the Obama administration to extend a “Fiduciary Standard” across the industry. The Department of Labor is proposing this standard would take the place of the weaker and more nebulous “Suitability Standard” that now exists and leads to unsatisfactory outcomes for regular people. New legislation is now before congress that would force brokers to act as non-conflicted fiduciary advisors when helping investors with their retirement accounts. Any normal person with a functioning brain would agree that this is obviously the way things should work.

But when it comes to politics, we’re not always dealing with normal people. The brokerage industry is powerful and its lobbying groups play the game fiercely. The Council of Economic Advisors (CEA) estimates that the current suitability standard costs U.S. households some $17 billion in excess fees and adverse performance. A combination of ten independent studies estimates that the true cost is likely between $8.5 billion and $33 billion! There is a lot of money on the line, so the opposition to new rules should not come as a shock.

What’s shocking, however, is the tack they’re taking in framing this as a debate over what is best for the investor class. Last week, Speaker of the House Paul Ryan gave Wall Street an assist by slamming the Obama administration’s proposal, claiming, along with others, that the fiduciary rule will lead to so much excess regulation and red tape that brokerage firms will have to give up on servicing smaller investor accounts.

On his official blog, Ryan lashed out at the Fiduciary Standard rule with this mock definition:

The logic here is astounding. The argument is literally that some people need to be taken advantage of in order for them to be worthwhile clients. I believe Ryan is on the wrong side of this issue and on the wrong side of history. But more than that, his argument—that somehow conflicted advice is better than none at all—is wrong for at least two reasons.

For starters, it’s cynical to the point of being downright un-American. We don’t allow any other industry in this country to operate this way, openly or otherwise.

The much bigger problem, though, is this: It’s a lie. A horrendous lie.

In 2016, we live in an age of unparalleled financial technology innovation. It has never been a better time to be an investor. The modern buyer of stocks and bonds has a nearly unlimited array of options by which to obtain extremely efficient and incredibly low-cost exposure to the investment markets. Fees and trading costs have been dropping precipitously while, at the same time, a Cambrian Explosion of sorts has given rise to all manner of automated advice services and exchange traded fund products.

The notion that an investor needs to pay upfront fees of in excess of 5% to buy an A-share mutual fund from a broker is laughable to anyone with even a passing familiarity with the modern-day options that exist.

Vanguard is now managing in excess of $3 trillion dollars in low-cost index funds that cost investors a fraction of what full-service brokers charge for the funds they are incentivized to sell. And again, the grand irony is that there are virtually no high-cost funds available to the retail public that have been able to outperform them over any objectively meaningful timeframe. The weight of the evidence here is so staggeringly one-sided that it’s not even worth citing individual studies—there’s never been one that’s been able to say otherwise.

There are two well-known automated advisory services, or robo-advisors, called Betterment and Wealthfront. After only a few years of operation, each is managing more than $3 billion in goal-oriented investor portfolios. Charles Schwab is now offering this same service with the interesting wrinkle that they are charging clients nothing other than a tiny bit of interest on cash balances.

As we move up the ladder a bit, there are slightly more hands-on services being offered by firms like Personal Capital and Fidelity, where investors can be assigned a human advisor but pay a very low cost because of how much the workflow can be automated.

And then there are traditional advisory firms like mine. We are a registered investment advisory (RIA) catering primarily to high-net-worth and ultra-high-net-worth investors. We used to shudder whenever we had to turn down a middle-income investor who was asking for our help. It is now a point of pride for us that technology has allowed us to launch a robo-advisory service of our own, which offers portfolios to households that we would not have previously had the capacity to service. Within five years, my best guess is that every RIA of scale will have a similar solution for investors who would have, in another era, been forced to seek help from a hopelessly conflicted brokerage firm.

We are a nation that has always strived to find new ways of doing things. Entrenched interests like the brokerage industry can thrive once they admit that there are other ways to accomplish something we all want—a healthy and thriving retirement system that offers acceptable choices for Americans of all walks of life. Fortunately, these choices currently exist and are becoming more robust by the day.

Unfortunately, there is a long and profitable tradition of selling high-cost products of dubious quality to the investing public. It’s also very hard to become an elected official without taking money from the financial services industry, no matter which party you’re affiliated with or which region of the country you hail from. Insurance companies, broker-dealers, mutual fund companies, and other backers of the status quo will not go down without a fight.

Even now, Wall Street is hard at work concocting alternatives to the proposed Fiduciary Standard rule, which they claim is unduly onerous on the industry. One Orwellian phrase I heard recently was “Best Interests Standard,” which true fiduciary investment advisors are wincing at because it draws a false equivalency that muddies the waters even further among the unsophisticated investors, who already have difficulty understanding the difference between advisers and brokers.

It doesn’t have to be this way. It’s entirely possible for a fiduciary standard to work to both the satisfaction of financial advisers and their clients. We have a living, breathing example right across the Atlantic.

In 2006, the United Kingdom conducted a “Retail Distribution Review” or RDR to look at how ordinary investors were being affected by conflicted financial advice. The recommendations produced by the RDR were put into effect in 2013. Notably, retail brokerage commissions for the sale of investment products were made extinct.

In the lead up to this rule change, The City—London’s version of Wall Street—kicked and screamed about how change would represent the end of financial advice for millions of investors. Mass layoffs would ensue and the regulations would make it impossible for well-meaning advisors to do their jobs. Three years later, it’s apparent that all of the worst predictions have been proven false. There are fewer advisers registered with the Financial Services Authority, than there were in 2011—31,000 vs. 40,000. But at least some of that is because of the national attrition that all sectors facing reform and increased scrutiny go through. The widely feared “guidance gap” has not materially grown. Modern technology is allowing U.K. customers more access to advice from the advisers who cleaned up their acts and committed to providing a non-conflicted service model.

It is too early to tell which side will win in the fiduciary standard debate, or whether or not there will be a compromise in place of a true change in the standard of care. Regardless of what plays out, the industry will eventually be forced to abandon the horrendous lie that conflict is a requirement for service. Technological innovation and the relentless force of American capitalism will find a way to improve the state of financial advice profitably, just as it always does.

Joshua Brown is the CEO of Ritholtz Wealth Management, which last year launched a robo-advisory service. He is also the author of the popular finance blog The Reformed Broker.