Barclays Is Getting Into Bitcoin With Goldman-Backed Circle 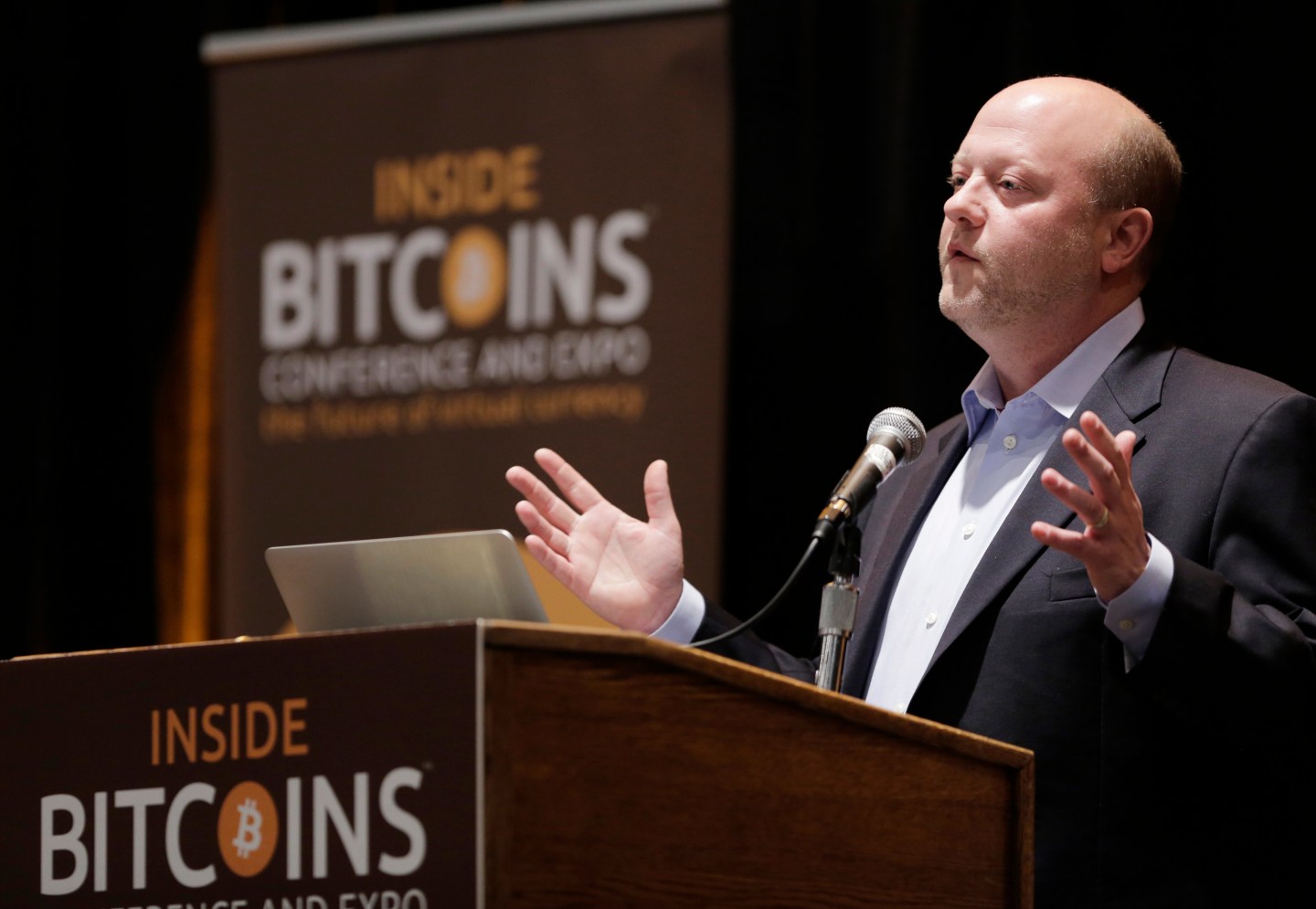 Barclays has become the first big British bank to form a partnership with a digital currency firm, social payments app Circle, which runs partly on bitcoin’s blockchain network and launched in the U.K. on Wednesday.

In what Britain’s Treasury called a “major milestone” in its push to make the U.K. the world’s capital for financial technology, or fintech, Circle was granted an e-money license by the Financial Conduct Authority, the U.K. watchdog—another first for a digital currency company.

The Boston-based start-up, which is backed by $76 million in venture capital and counts Goldman Sachs (GS) and investment firm Digital Currency Group among its investors, said the license would allow it to hold users’ money and to facilitate domestic and international payments.

Unlike a traditional money transfer company, however, Circle offers its users the opportunity to send not just written messages along with their money transfers, but also emojis and even animated “GIF” videos, with no charge, following in the footsteps of China’s WeChat Pay and AliPay.

“The founding vision for Sean and I was that money should work the way the internet works,” said Circle CEO Jeremy Allaire, who founded the company with fellow internet entrepreneur Sean Neville.

“This is the thing that I think we’re all learning from the Chinese: that this merging of messaging, media and payments together really makes sense to people.”

Circle launched in the United States at the end of last year, and is now allowing cross-currency transfers of pounds and dollars at rates that it says are better than other money transfer services, and with no added fee. It will soon also allow transfers in and out of euros, when it launches in the rest of Europe later in the year.

But if a customer is sending money to a country where Circle hasn’t yet launched, it is simply transferred into bitcoin, then transferred and settled within minutes via the blockchain network that validates bitcoin transactions. At the other end, the bitcoin is then transferred back into the currency of that particular country.

Barclays (BCS) Corporate Banking is providing the account that Circle needs to store sterling for consumers, and the infrastructure to allow transfers from any UK bank account in and out of Circle.

“We support the exploration of positive uses of blockchain that can benefit consumers and society,” said a spokesperson for the bank in a statement.

Barclays’ support is something of a coup for Circle—banks are increasingly investing in blockchain technology, but have tended to shy away from any firm that is in the least involved in bitcoin because of the web-based digital currency’s links to the dark web and illicit online activity.

“Circle’s decision to launch in the UK, and the firm’s new partnership with Barclays are major milestones,” said Britain’s Economic Secretary to the Treasury Harriet Baldwin.

“They prove our decision to introduce the most progressive, forward-looking regulatory regime is paying off and cements our status as the world’s Fin Tech capital.”