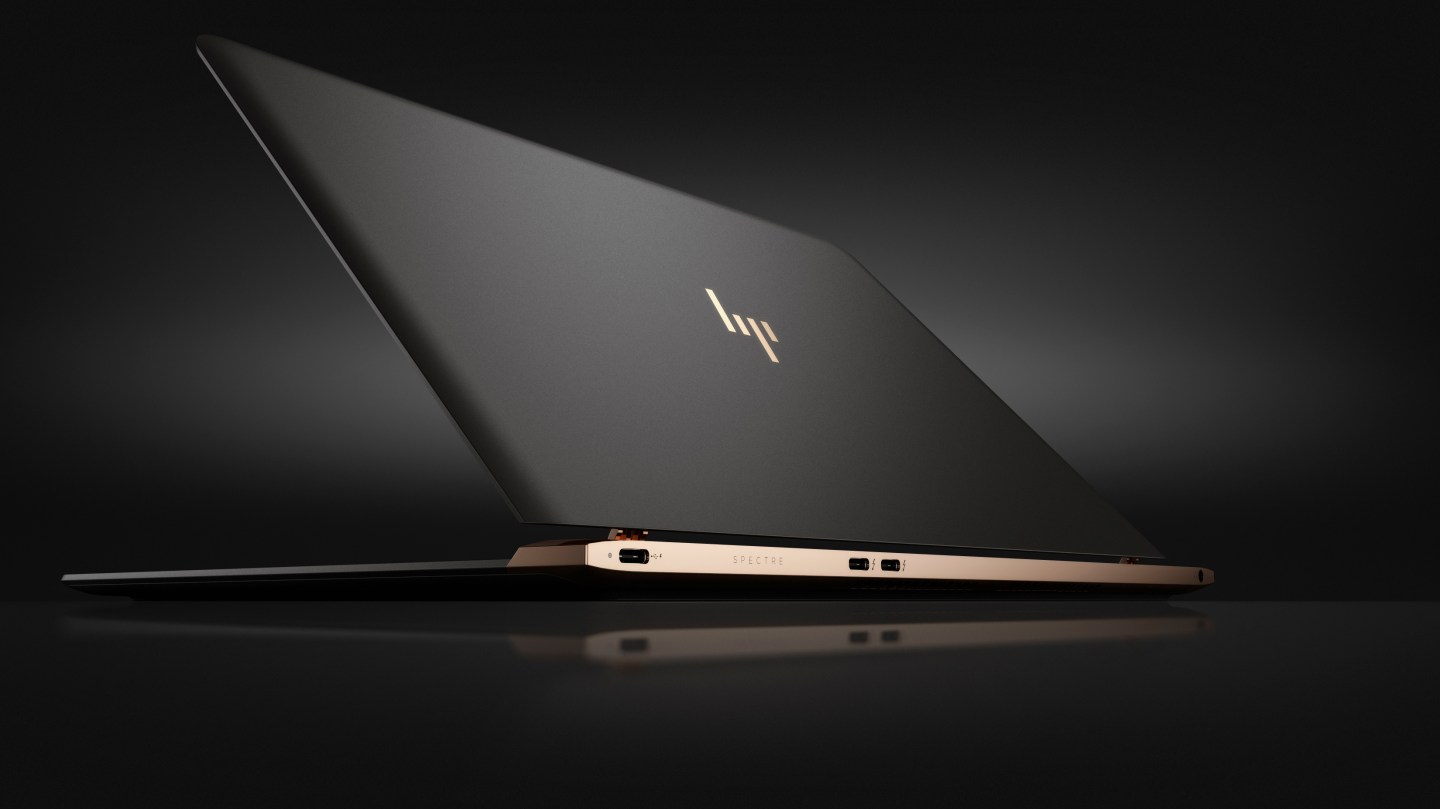 Apple long ago proved that an electronic device can never be too thin. Now HP says it’s wresting the title of skinniest laptop away from Apple’s MacBook Air with its new Spectre, which measures 10.4 mm thick (or thin, as HP prefers to say) compared with 17 mm for the MacBook Air, according to Cnet.

Making its public debut on Tuesday, the Spectre weighs in at 2.45 lbs., although in a heavily footnoted press release, HP (HPQ) said the weight of an individual machine will depend on configuration. Spectre runs Intel (INTC) Core i5 or i7 processors, fast solid-state SSD memory. You can get up to 512 gigabytes of storage.

While HP previewed the machine at Versailles, (yes, that Versailles) at the New York Times Luxury Conference, preorders won’t start until April 25. Prices start at $1,169.99. And the machine won’t hit Best Buy (BBY) shelves until May 22, HP said.

HP also showed off a new model of its Envy laptop that is 21% thinner than its predecessor at 18.8 mm. It weighs 4.5 lbs. Battery life can hit 11 hours, up from eight hours for the previous version, HP said.

There is a big market for premium, lightweight, and fully capable laptops among mobile professionals and others, but it’s unclear how well HP, with a reputation for, um, clunkier laptops, will do here.

HP’s laptops run Microsoft (MSFT) Windows 10 operating system, so Apple (AAPL) isn’t the only target. HP’s new slimtastic machines will also compete with ultra-thin Thinkpad models from Lenovo (LNVGY) and with Microsoft’s own svelte Surface Pro and Surface Book devices. Surface Book, which Microsoft proclaims is the “ultimate laptop” is 13.4 mm thick, for those who are keeping track.

This story was updated at 9:16 a.m. EDT to add the screen size for Spectre.