Why Populist Parties Are Booming Across Europe 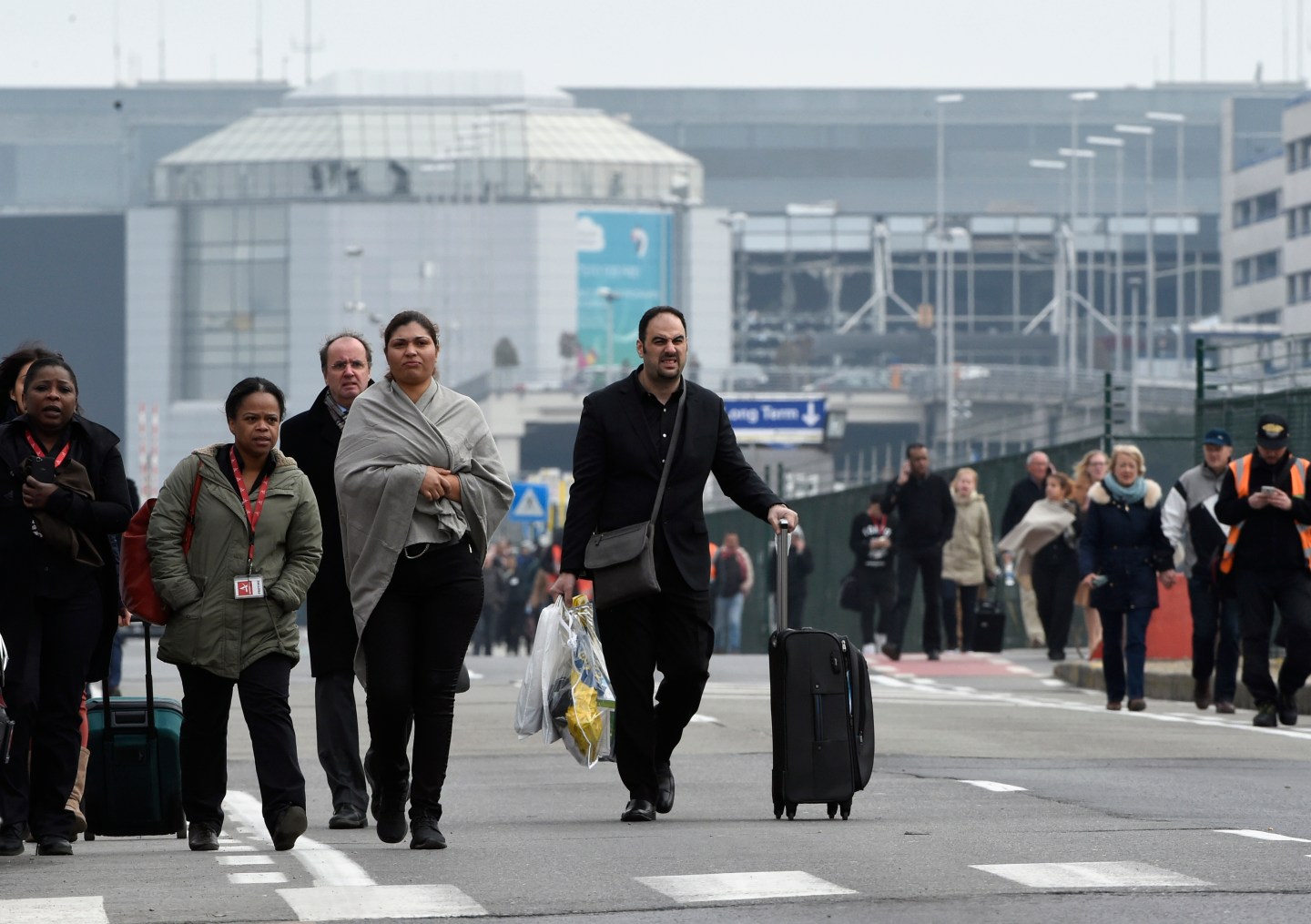 In the days since the terrorist attacks in Brussels in late March, many have argued that these tragedies—and the two attacks in France last year—have fueled the rise of Europe’s so-called populist radical right parties. You know, Trumpism.

Indeed, the flowering of populist anti-immigration parties in France and Germany pushed German Chancellor Angela Merkel, in March, to hastily arrange a deal with Turkey to slow the flow of refugees into Europe and, last December, led France’s ruling Socialist Party to pull its candidates in three regional elections to stop Marine Le Pen’s anti-immigration National Front party from winning.

But the rise of upstart political parties across Europe—an event that is threatening to tear apart the continent’s political systems—is not just a simple right-wing response to the rise of immigration and terrorism. The political left is simultaneously rising as well. Young left-leaning parties are now part of the ruling coalitions in Greece and Portugal, and they have taken significant numbers of seats in Italy and in Spain.

“The era of the two-party system is over,” says Pablo Iglesias, the head of the Spain’s young leftist group Podemos (We Can), one of two new parties that together won over a third of the vote in the nation’s December elections.

That may be true. But why? And what’s next?

The upstart parties roiling Europe are anything but uniform. And, if anything, the rising political movements reflect each member nation’s mounting frustrations with the European Union.

From France and Germany to Geert Wilders’ Party for Freedom (PVV) in the Netherlands and Austria’s Freedom Party (FPÖ), the parties challenging the status quo in central and northern Europe tend to sport a populist, anti-immigrant stance. The voters of these so-called populist radical right parties bear a certain similarity to Trump supporters, says Antonio Barroso, a London-based political analyst with Teneo Intelligence.

“They are the losers of globalization,” he says. “White, poorly educated, afraid of the loss of national identity.”

But it’s quite the opposite in southern Europe, where parties like Podemos, Syriza in Greece, and the Five Star Movement in Italy tend to attack the system from the populist left. You can think of their supporters as Europeans who “Feel the Bern.”

“In Spain, Podemos supporters have university degrees,” Barroso says. “They are relatively pro immigration. It’s more to do with disaffection toward the political establishment combined with the economic crisis.”

Of course, these are broad generalizations and every country has its own identity and past. But the difference between these two groups owes a lot to their region’s experience in the EU.

The northern countries are comparatively wealthy, which has made them more attractive to poorer job-seeking migrants, and they have generally paid more into the EU than they’ve gotten back. Between 2000 and 2014, the Netherlands, for example, contributed some €34 billion more to the EU than it received. For many voters in the north, recent years have only served to paint the EU as a system that brings in terrorism and sucks out money.

The poorer south, on the other hand, received more in EU aid than it contributed. Here, the recent economic collapse has exposed the corruption and sloppiness with which their countries were modernized on the EU’s dime. Many people in countries like Spain, which got some €71 billion more than it contributed to the EU between 2000 and 2014, would like the EU to continue, but in a way that works as much for people as for politicians.

This post-crisis European disaffection with the traditional political parties—whether from the right or left—has come amid the mass market arrival of short-burst social media, what Jordi Rodríguez Virgili, a professor of political communication at Spain’s Universidad de Navarra, calls a “petri dish for populist movements.”

“Engaging in populism—easy solutions to complex problems—is made easier by new technology,” he says. “Short answers, with a lot of emotion.”

The thorny question the EU now faces is whether the governments in its member countries can incorporate these new parties as active participants without becoming gravely ill in the process.

There are reasons to worry. During its first experience as a necessary supporter of a sitting coalition, the PVV brought down the Dutch government after just two years over disagreements surrounding budget cuts. And Spain has been operating without a proper government since December because the two traditional parties haven’t found a way to form a workable coalition, either together or with the two upstarts.

Much of the success each country will achieve at absorbing the new parties will have to do with their voting system, Barroso says.

Countries like the Netherlands and Spain have proportional systems that distribute seats to parties based on their percentage of votes. Such systems often send a variety of groups to parliament, which—as in the Netherlands—give upstarts a chance to influence government policies or drag the enterprise into the ground. By forcing them to take part, it also exposes their performance to voter judgment. (After bringing down the government in 2012, the PVV lost nine of its 24 seats.)

In “majoritarian,” or “first past the post,” systems like those in the U.K., U.S., and France, smaller parties are often excluded from power. While that keeps awkward parties like UKIP, the National Front, and (maybe) Donald Trump out of government, that might yield a worse long-term effect by inspiring seething resentment among the losers.

As Armen Orujyan recently wrote in Fortune, an embarrassing President Trump might be good for America. Allowing controversial populist leaders into government—if only to reject them—may be good for Europe, too.