Why an Embarrassing President Trump Might Be Good for America 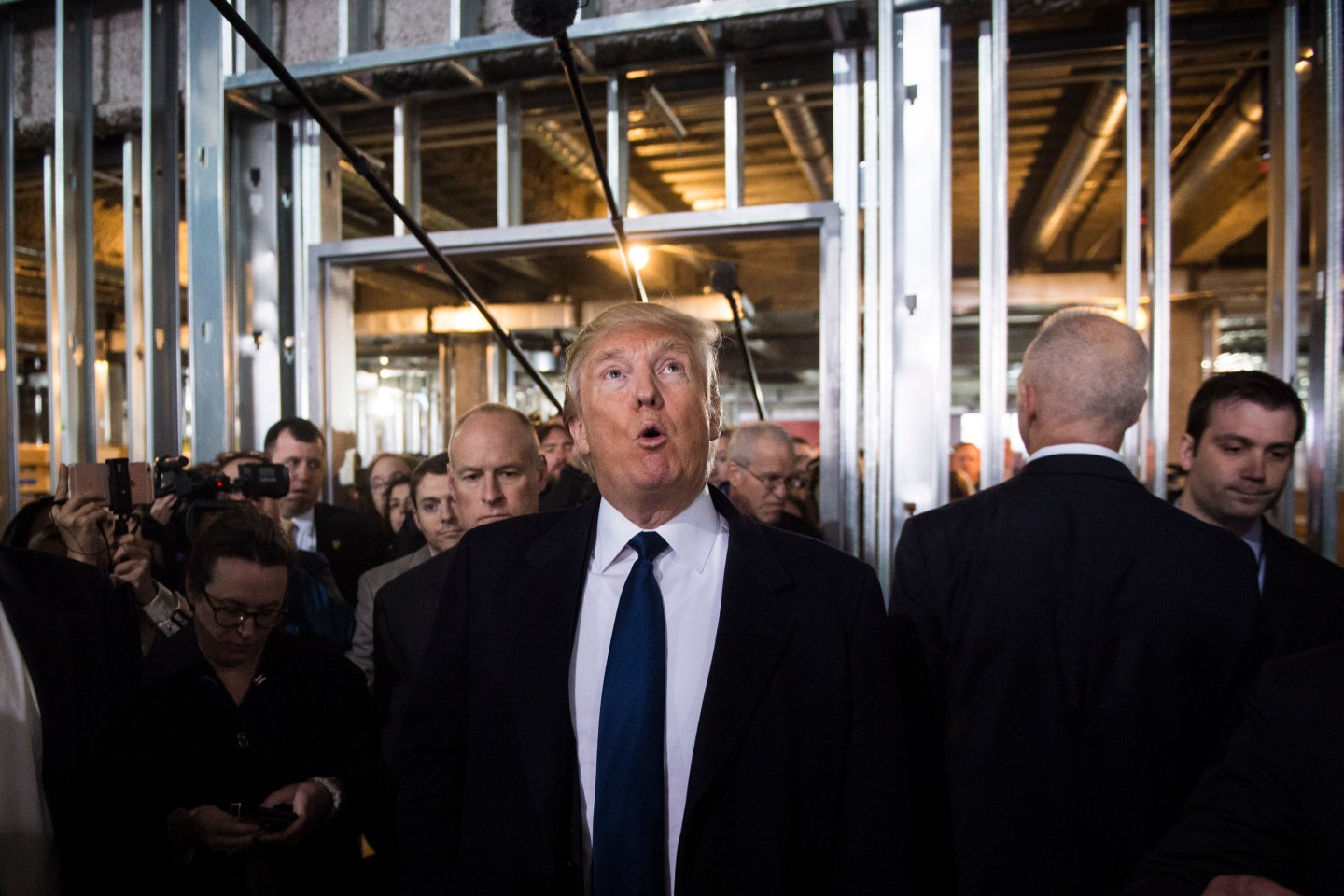 Those are just a few of the expressions favored by other Republican presidential candidates to characterize the party’s frontrunner. And indeed Donald Trump may be all of those things. But that is why he may be good for America.

A century ago, Austrian neurologist Sigmund Freud posited that humans enjoy selective memory. We can intentionally disregard or altogether forget events and facts. You can think of America’s political establishment as selective memory in human form, helping us ignore painful issues in exchange for our vote.

Trump and his voters, on the other hand, are carrying a bucket of very cold reality that, if they make it to the White House, would make selective memory impossible. They may be unintentional bearers of truth who follow a political embarrassment, but once in power their political blunders just might accidentally save us from our greatest problems before it is too late.

Here are three of the critical matters that the missteps of a sloppy Trump presidency would make impossible for Americans to conveniently forget.

Our current public debt is $14,000,000,000,000. Yes, 12 zeros! But that’s not all. Add to that another $5 trillion in Federal Accounts and our government shoulders over $19 trillion in debt. In 2015, we paid nearly $230 billion in annual interest on that debt. That roughly equals to the entire Gross Domestic Product (GDP) of Greece and is 10 times more than our annual Social Security expenditures.

The U.S. population currently stands at a little over 323 million. That means if we were to pay off our national debt, each single American would need to ante up nearly $44,000.

We are in national denial about this. We are borrowing from the current generation to pay for the deeds of the past and in the process bankrupting the future. Remember Bernie Madoff? He also took money from current investors to pay existing ones. This didn’t end up so well either.

Until something extraordinary happens, few people will worry about the national debt until it’s too late. That’s because America’s creditors aren’t coming to collect that debt—yet. If China were to demand payment on the nearly $1.3 trillion in U.S. debt it holds, we wouldn’t have the money to repay it and the federal government would be forced to roll out austerity measures like those being adopted in Greece.

However unlikely this may sound, if such a thing were to take place, we would be forced to reassess our priorities. Many services we have come to enjoy would disappear. Crumbling roads and bridges? No money to fix those. Public education? No money. Affordable health care? Too bad, no doctor is working for free. Social Security checks? Sorry, no money to pass along.

Nearly 15% of the U.S. population lives below the poverty line. That’s 50 million Americans. That’s more than the entire population of Spain or, more locally, the total populations of California and Ohio combined.

On the presidential campaign trail, we constantly hear about the Wall Street and auto industry bailouts, yet rarely do we hear about these 50 million people. But they, and their living conditions, are all too real. Some 130,000 of them live on the streets of Los Angeles. They don’t have representation in Washington. They don’t have lobbyists on K street. They don’t have a voice, and in many cases they lack housing and food.

The 9/11 attack was a strike on the entire world’s civilization. With very few exceptions, from London to Tehran, Moscow, and Shanghai, people largely shared our pain and supported our initial actions in Afghanistan. It was a time when we could have risen up, as we did against the Axis during the World War II, to unite the world against a common enemy.

But unlike in the 1940s, we didn’t have Roosevelt and Churchill to lead us, so we went to Iraq instead and invaded the country under the false pretext of nuclear weapons. We took out Iraqi leadership that had held together a deeply fractured sectarian society for nearly 30 years. And with ‘mission accomplished’ in the background, we then abruptly left.

What happened next we know all too well: Today, the Islamic State commands large swaths of Syria and Iraq, controls major oil fields, and has expanded its operations to at least a half a dozen other countries, including Libya, Afghanistan, and Nigeria. And it conducts terrorists acts across the globe, from Brussels to San Bernardino, Calif.

The big issue is not what we did back in 2003 nor our lazy response a decade later. The issue is what we are doing (or not doing) today. We don’t admit to our failed policies and we allow dishonest allies to take advantage of our confusion. NATO member Turkey and Saudi Arabia both reportedly helped the rise of the Islamic State by initially funding its operations. Our response? Give them more money.

Regardless of what the Republican establishment throws at voters, many are steadfast in their support of Donald Trump. The other presidential candidates continue believing that Trump’s nearly 40% share of Republican primary voters will abandon him and join their camps. But it didn’t happen in recent primaries in Florida, Arizona, and Illinois, and it is not likely to happen any time soon. Every day, he is closer to the White House.

Would a Trump presidency fix our national problems? Probably not. But, his presidency should not be viewed through that lens. Rather, think of it like this: President Trump is perfectly suited to be the commander-in-chief of political incorrectness and international blunders. He will rip the bandage that covers the corrosion of our country. A Trump presidency would likely produce alarming missteps, yet in the process it would expose the real problems our nation faces—problems that, if not corrected today, will cause far graver damage tomorrow. The worse he does, the better it may be be for the country.

Let me use an analogy: When we maintain a dreadful diet, we steadily worsen our health. We somehow think that heart conditions happen to other people, to our neighbors and strangers on TV. But never to us. The relative ease of doing nothing trumps (no pun intended) the fear of negative outcomes. Today, as a nation we have clogged the walls of our arteries. That is where President Trump comes in.

The electorate that supports Trump is part of our national fabric, and it is playing the role of an organism that stimulates the stroke our society needs. They anticipate that President Trump will rip off that bandage and bring about a shock of awareness as to how things are, regardless of how politically incorrect or suicidal that may appear. They are fighting against our selective memory.

We are still an exceptional country. We are relatively young and capable of overcoming Trump-induced problems. He can’t do the sensational damage that pundits or his opponents describe. In a mature political structure like the U.S., there are formidable checks and balances, political and institutional constraints, and constitutional hurdles that prevent any one person from bringing upon catastrophic damage. But Trump can do enough. As in health, a minor stroke might be what we need to “make America great again.”

Armen Orujyan is the founder and CEO of Athgo International.