How Toy Startup GoldieBlox Made Diversity a Priority 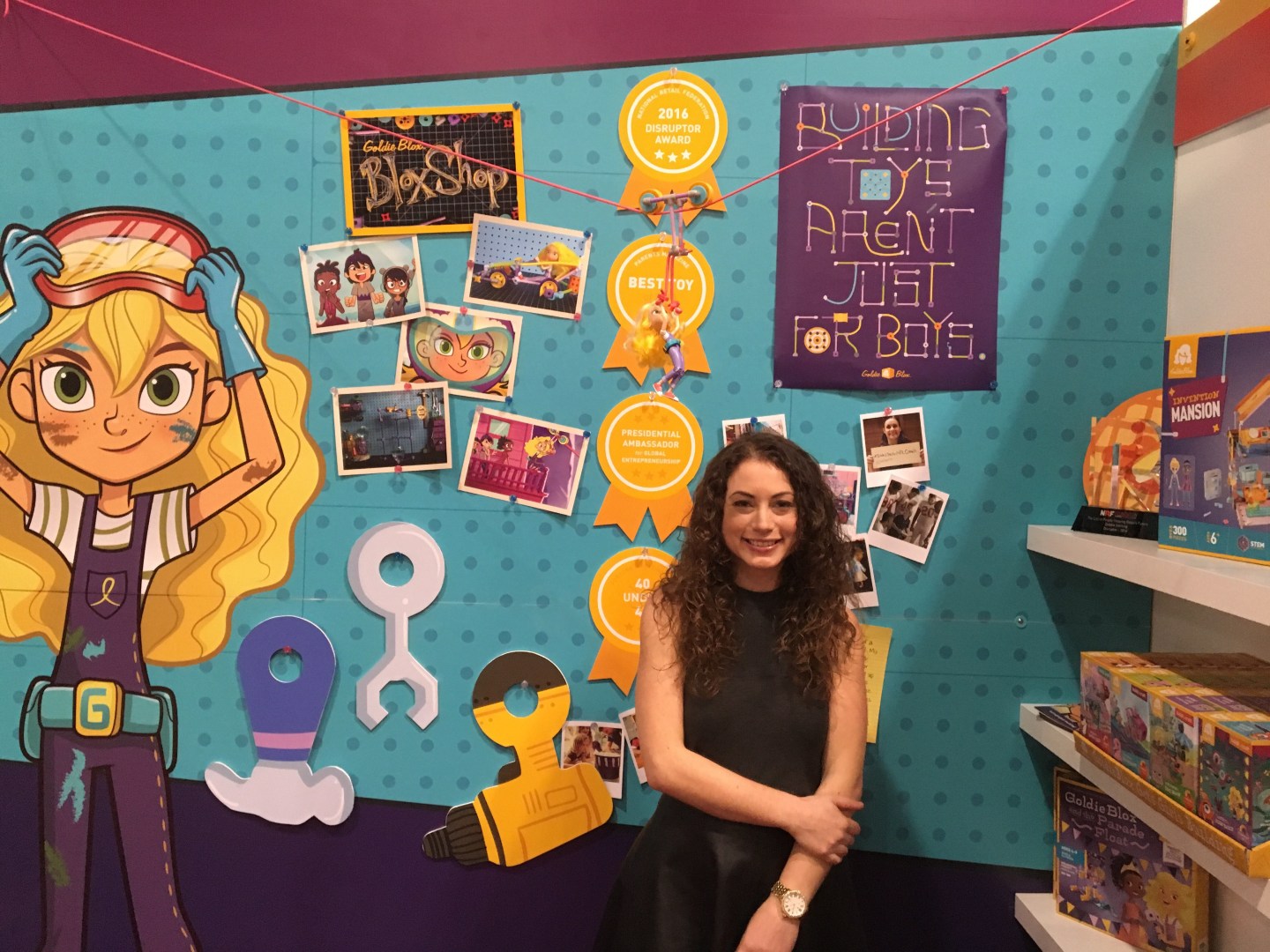 When toy maker GoldieBlox introduced itself to the world in the fall of 2012, it was built on an idea that was both forward thinking and antiquated. The company’s concept? Get girls more interested in engineering and science by selling problem-solving toy sets. But the protagonist? Another white, blonde girl.

In a toy world where perhaps the most popular character ever is the yellow-haired Barbie, Goldie Blox – the Harry Potter of founder Debbie Sterling’s new math-based world – seemed like a safe bet. And Sterling, in an interview with Fortune, concedes she remembers hearing some early complaints about the selection.

“Some initial criticism we had at the beginning was ‘not another blonde white girl,'” Sterling recalled.

Still, early press was favorable for GoldieBlox, which sells science-based construction sets that come with boxes and toy characters. It launched a successful Kickstarter campaign. Less than two years later, it won a coveted Super Bowl advertising contest backed by Intuit (INTU), becoming the first small business to ever air a commercial during the most-popular event of the year.

As buzz – and sales – expanded, GoldieBlox found itself winning over parents and kids, retail support from partners like Toys ‘R’ Us and Amazon.com (AMZN), and accolades from toy experts and bloggers.

But Sterling always had it in the back of her mind that she wanted her franchise to be more than just built on the back of the blonde Goldie Blox character. Her ah-ha moment came when she was presenting the GoldieBlox story the fall of 2014 to Cinnamongirl, a California-based nonprofit that encourages young girls to participate in science, the arts and other relevant fields.

“I’m telling this story about GoldieBlox and showing the sketches of this blonde, white girl and I felt awkward standing up there,” Sterling said. “That’s when I realized how important Ruby was.”

Ruby Rails is the second character Sterling unveiled for her toy brand, a popular African American girl who is a whiz at coding. Since then, two other characters have joined the team: Valentina Voltz (a Hispanic engineer) and Li Gravity (a lover of stunts and also an expert at physics).

That broader diversity is a way GoldieBlox can stay true to the company’s core mission, Sterling says.

“The whole impetus of GoldieBlox was changing the conversation from a young age of what is normal, acceptable and fun for a girl to do,” says Sterling. “The toys, characters and stories we create can connect the dots between math and science and make those skills fun and relevant to kids.”

While privately-held GoldieBlox won’t disclose annual sales, there are indications that message is resonating with kids. Five years ago, Sterling went to the industry’s influential New York Toy Fair with only a backpack full of prototypes and sketches. She now runs one of the largest booths on the floor for a new startup. The company has sold more than 1 million toys to girls since its inception. It won a Toy of the Year award in 2014.

There are indications the broader industry is changing. Mattel’s (MAT) Barbie is embracing new shapes and races. Target (TGT) has ditched gender-specific labeling in the toy aisle to be more inclusive. And for Sterling – who says she grew up only playing with white dolls – she strikes a more hopeful tone about what the future can look like for kids.

“I grew up playing with Barbies and ponies and I was lucky enough to discover engineering through the encouragement of a math teacher,” Sterling said. GoldieBlox is a way she can promote and sell the idea of math to today’s girls. And while she admits not everyone will become an engineer or a math pro, “Some of them will. Or they will end up doing something they never thought they could do.”