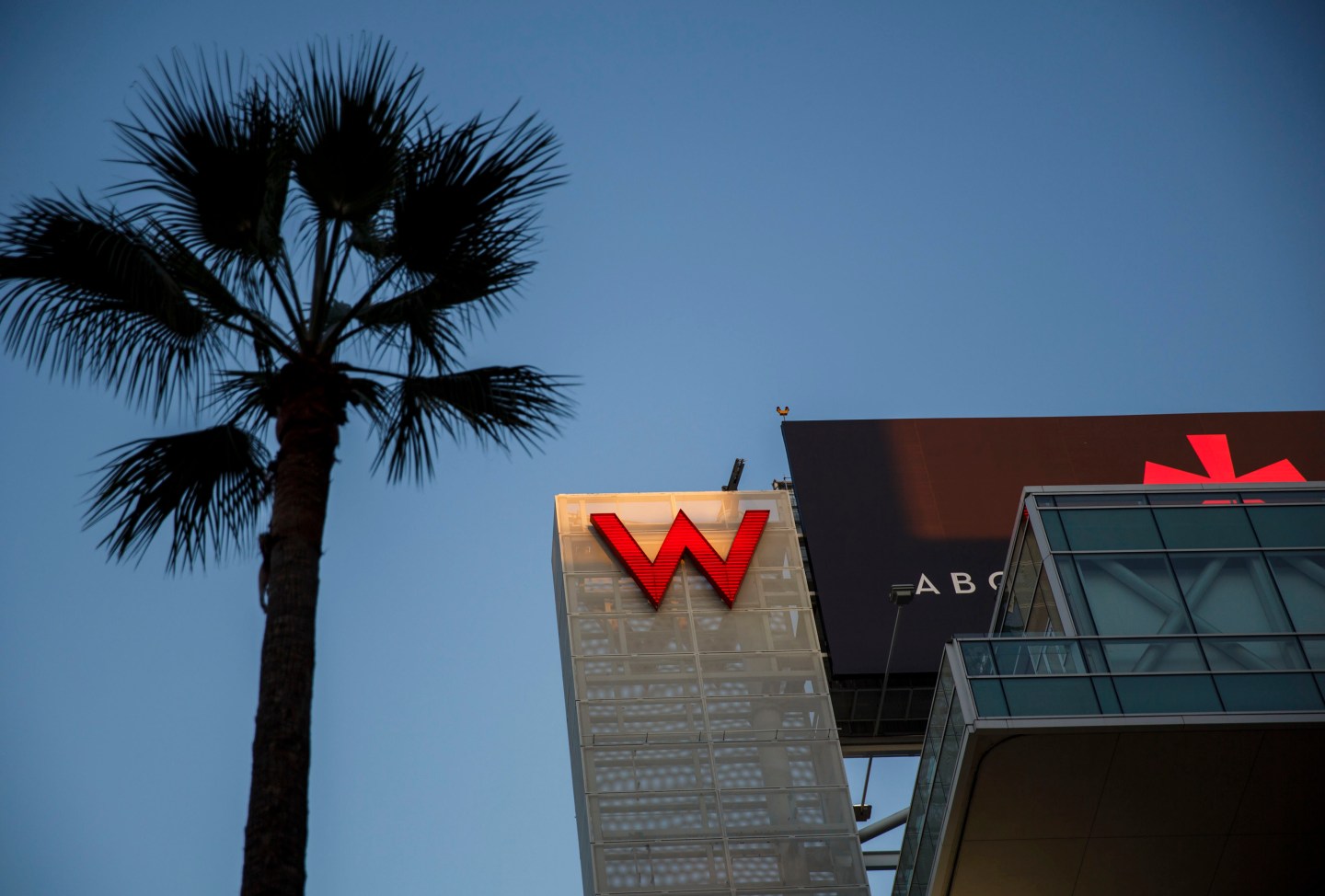 The secretive Chinese insurance company that offered to pay $14 billion for Starwood Hotels is reportedly no longer interested in doing the deal.

Shares of Starwood (HOT) were down 4% on the news in after hours trading.

Anbang’s sudden reversal is another odd twist in the bidding war for Starwood, and it opens to the door for Marriott International to go ahead with what would be the largest hotel merger in history. Marriott (MAR) struck a deal to acquire Starwood last fall. But earlier this month, Anbang emerged as an eager buyer for Starwood, offering a higher all-cash bid, and seemingly breaking up Marriott’s deal.

Starwood had seemed willing to do a deal with Anbang, which was leading an investment group that also including private equity firms JC Flowers and Primavera Capital. But according to sources close to the deal, relations between Anbang and Starwood had recently chilled. Anbang executives were growing increasingly frustrated by the fact that Starwood had yet to officially accept their offer, despite saying saying it was the better bid. According to the source, as recently as yesterday, Anbang’s chairman Wu Xiaohui expressed his growing anger that the deal hadn’t been accepted and had started talking about walking away.

From the beginning, the Anbang offer was met with skepticism. Little is known about the ownership of the giant Chinese insurer, which is reportedly owned by 37 other Chinese companies, and has ties to top Chinese officials. Anbang offers a number of types of insurance and got its start in the auto business. But the past few years, Anbang has attracted capital and grown rapidly by offering investment products that offered a guaranteed return to Chinese individual investors. The investment products often offer higher returns than bonds or other relatively safe investments.

Anbang has used that money to make acquisitions overseas; becoming increasingly interested in the hotel business in the U.S. Last year, Anbang paid $2 billion for New York’s Waldorf Astoria. And on the same day it made its offer for Starwood, it also agreed to buy a $6.5 billion portfolio of hotels, including such marquee properties as the Coronado Hotel in San Diego, from private equity firm Blackstone.

The had been some talk that Chinese regulators might block the Starwood deal. Officially, Chinese insurance companies are not allowed to invest more than 15% of their funds overseas. But according to the source close to the deal, Anbang had secured the financing for the deal, and had gotten a sign off from Chinese regulators that it could proceed.

It is now likely that Marriott would go ahead with its deal to buy Starwood. Investors, though, have been skeptical of the deal. Shares of Marriott were also down in after hours trading, down nearly 5%.